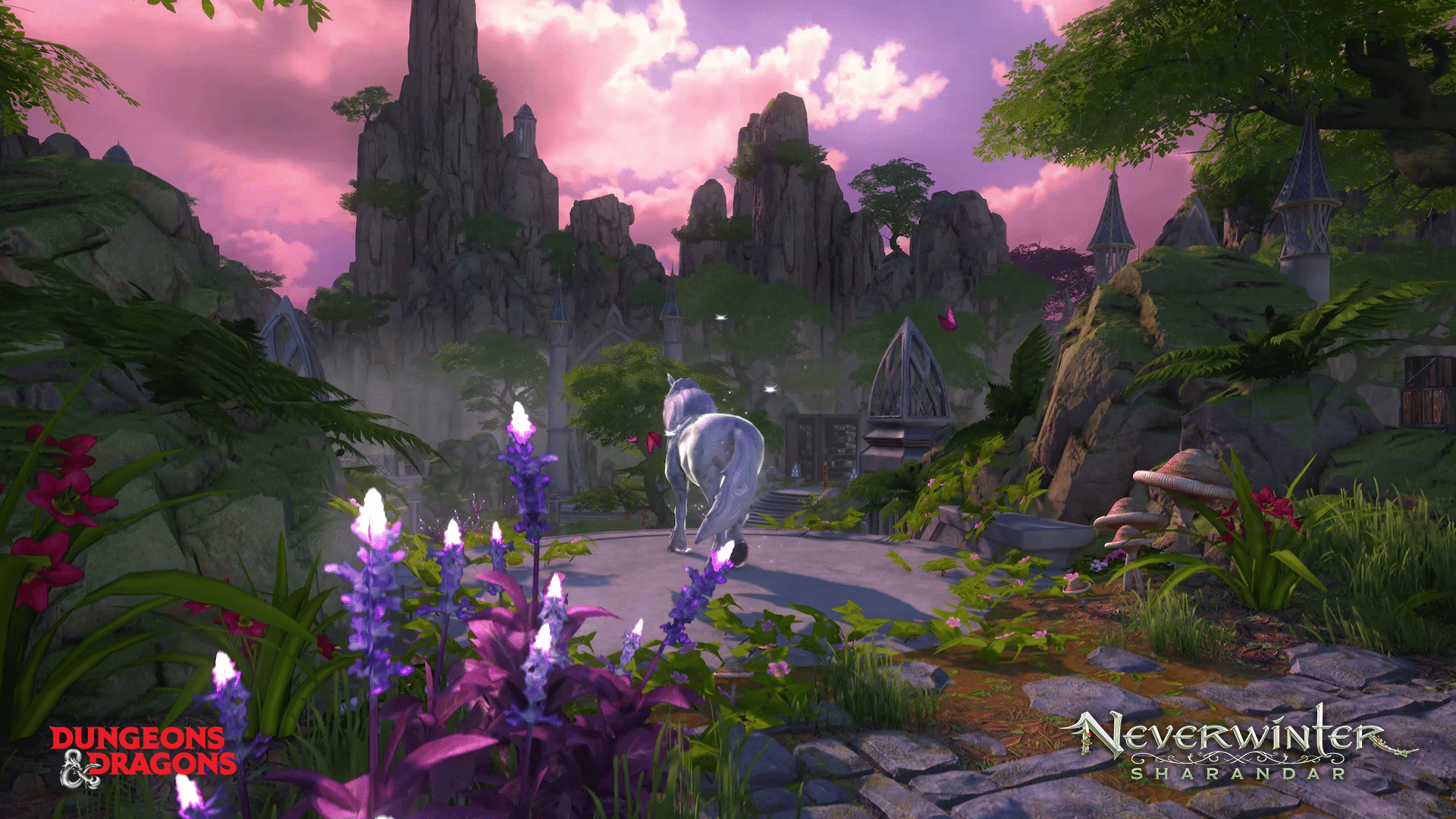 Perfect World Entertainment and Cryptic Studios announce that Episode 3: The Hideous Court, the finale of the Neverwinter: Sharandar expansion, is now available on PC (Steam, Epic Games Store, Arc Games) and on July 6th on Xbox One and the PlayStation 4 will appear. This episode marks the completion of the makeover of the mystical land of Sharandar, originally introduced in Neverwinter’s first expansion, Fury of the Feywild. It offers players a new adventure zone, an epic battle against all three beasts, additional bounty missions, new heroic encounters, new rewards and much more.

In Episode 3: The Hideous Court, players travel to the Dark Fairy Swamp to investigate the putrid swamp that has been tainted by the mysterious dark magic of Velma the Bone Grinder, a vicious Green Hound, and her sisters from the Hideous Court. After the Iliyanbruen elves and players from Neverwinter won a victory in the Witches Swamp, frog-like humanoids, the Grungs, invaded this area and now claim it for themselves. At the same time, a group of aggressive dryads, recently driven from the Healed Hein by an unknown threat, have sought refuge in this swamp. To defeat the darkness in Sharandar once and for all, players must band together and uncover the role of the hideous court.

Over the course of this new campaign, players will battle the deadly servants of Velma the Bone Grinder in the Dark Fairy Swamp by taking on new bounty missions and challenging heroic encounters. In order to completely free Sharandar from the darkness, the players have to venture into the hideout of the Green Vettel and compete there in a final battle against all three Vetteln at the same time: The Annis Vettel Mütterchen Nackenknacker, the Night Vettel Mathilda Seelenräuber and the Green Vettel Velma die Bone grinder. Further details, including the main features, for this and previous episodes can be found here: https://perfectworld.box.com/v/NW-Sharandar-FactSheet

See also  Great shots of Earth from the Juno spacecraft!

Neverwinter is a free-to-play action MMORPG with dynamic battles and epic dungeons. Players explore the sprawling city of Neverwinter and the surrounding countryside, learning the vivid history of this famous metropolis from the Forgotten Realms while defending it from countless enemies. Neverwinter is currently available for free on PC, digitally on Xbox One with a Gold Membership * from the Xbox Games Store, and on PlayStation 4 (PlayStation Plus not required).