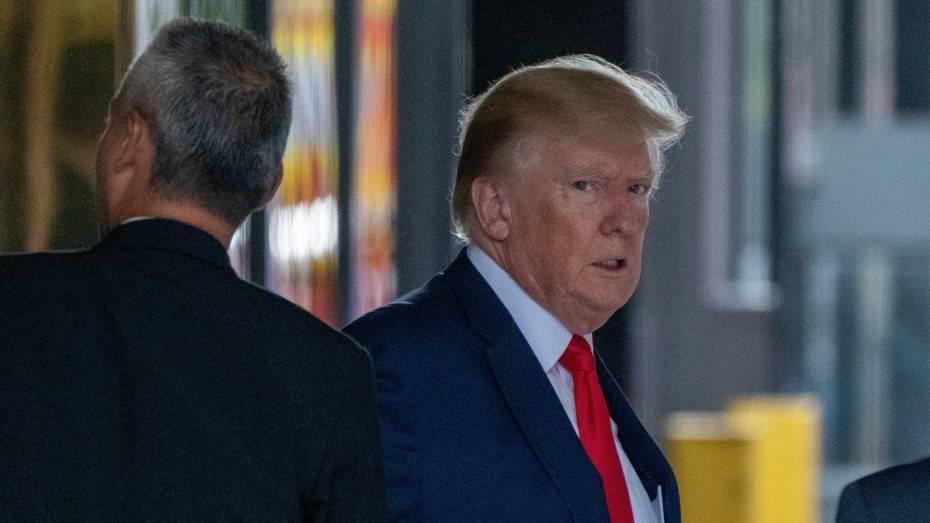 According to the US Department of Justice, the FBI seized top secret documents during a raid on a property belonging to former US President Donald Trump. The ministry also said it suspected Trump of violating the Espionage Act.

This is evident from the receipt for the confiscated items that a court in the US state of Florida published on Friday together with the search warrant at the request of US Attorney General Merrick Garland. Trump previously wrote on the social network Truth Social, which he co-founded, that all documents have been released, so the secrecy has been lifted.

According to the FBI list, investigators found a set of Top Secret/SCI documents at Trump’s Mar-a-Lago estate, which are top secret and can only be viewed at special government facilities. Four sentences were classified as “Top Secret”, three more as “secret”, the remaining three as “confidential”.

Die Washington Post reported that the FBI was also looking for classified documents on nuclear weapons. Trump denied this and described the report as a “hoax” on Friday. According to the list, the investigators also seized numerous boxes, a pardon for Trump confidante Roger Stone, unspecified information about the “President of France” and two photo albums. The papers that have now been published say nothing about the content of the documents.

“I personally endorsed the decision to request a search warrant”

The search warrant lists three criminal offenses as possible grounds for potential seizures: collection, transmission or loss of defense information, removal or destruction of official documents, and destruction or alteration of documents to obstruct investigations. The first charge – which falls under the US Espionage Act – carries a penalty of up to 10 years in prison, the second up to three years and the third up to 20 years.

Attorney General Garland emphasized Thursday that the presumption of innocence applies. At the same time, he underlined that a federal court authorized the search “after the necessary determination of sufficient suspicion”. “I personally endorsed the decision to request a search warrant.”

Trump sharply criticized the operation and accused the administration of his successor, Joe Biden, of abusing the FBI for political purposes. According to the White House, Biden was not aware of the search in advance. The process is considered unprecedented in American history. Trump was not at his property during the search, but made the search public himself.

After the Trump raid in Florida, concerns about violent attacks also increased, and the names of investigators were released. “Violence against law enforcement agencies is not a solution – no matter what or who someone is angry about,” FBI Director Christopher Wray said Wednesday in Omaha, Nebraska.

Trump attacked not only Biden, but also his predecessor, on Friday he wrote on Truth Social that if the authorities had asked him about it, he would have given them all the documents. “The bigger issue is what are they going to do with the 33 million pages of documents, many classified, that President Obama took with him to Chicago?” he wrote in the same message. Trump has previously made the same claim without providing any supporting evidence.

The US National Archives has since denied these claims. As required by law, after Obama left office in 2017, the National Archives “assumed exclusive legal and physical custody of the Obama presidential records,” the government agency said. About 30 million pages of unclassified documents were kept in the Chicago area. Classified information will be kept in Washington.

At the beginning of the year, it became known that the National Archives suspected several boxes of confidential material in Mar-a-Lago. Trump eventually turned over several documents to the agency in January. After that, according to US media reports, there was a further exchange of words between investigators and Trump’s lawyers. The officials suspected Trump or his team were still withholding important documents, they wrote Washington Post citing anonymous sources.