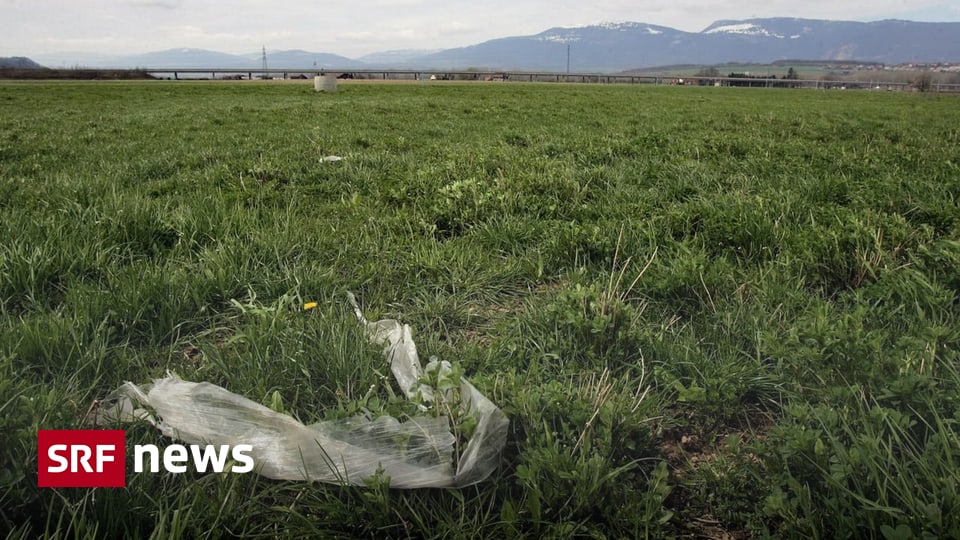 From March, a new subject will draw attention to the problems of littering in fields and meadows. The Farmers Union’s new campaign will feature a dead cow. Next to it is written that waste kills. The association chooses sharper words. Until now, the information boards only said that waste could make cows sick.

We want to show people what can happen when rubbish ends up on the pastures and meadows.

The new campaign is necessary, says Sandra Helfenstein from the farmers’ association, because the old one has already been used up. “On the other hand, we want to show people with the tightened message what can happen in the worst case if the waste ends up on pastures and meadows.” The aim is to convince them to dispose of their waste correctly.

Ten years ago, the farmers’ association launched its last campaign. It is difficult to measure exactly how much that has brought, says Helfenstein, because one does not know what would have happened if this campaign had not taken place. “But we did a survey among the farmers who used the panels. They reported back to us that they felt it had had an effect.”

A campaign against littering with shocking images and clear words – can that work? “Basically, from our point of view, awareness-raising campaigns against littering always make sense,” says Nora Steimer, Managing Director of IG Clean Environment, which publishes scientific studies on the subject of littering together with ETH Zurich. “But it is important to us that the approach is humorous and positive. Science shows that positive results can be achieved in this way in particular.”

See also  Classic cars: For the H license plate, the vehicle must meet a number of requirements

But littering remains a problem for agriculture. If rubbish ends up on meadows and pastures, cleaning it up causes a lot of work for farmers. “If they overlook something, especially something hard like a can or hard plastic, then it can get into the animals’ feed with the feed processing or with the machine that cuts the feed,” says Helfenstein.

Small pieces of debris in the feed dangerous

When mowing the fields, small, sharp parts arise from the waste that is not cleared away. Once in the stomachs of cows, these could then lead to internal injuries and, in the worst case, to the death of the animals, explains Helfenstein.

The farmers also have the feeling that littering has increased again. The waste from take-away food would encourage that.