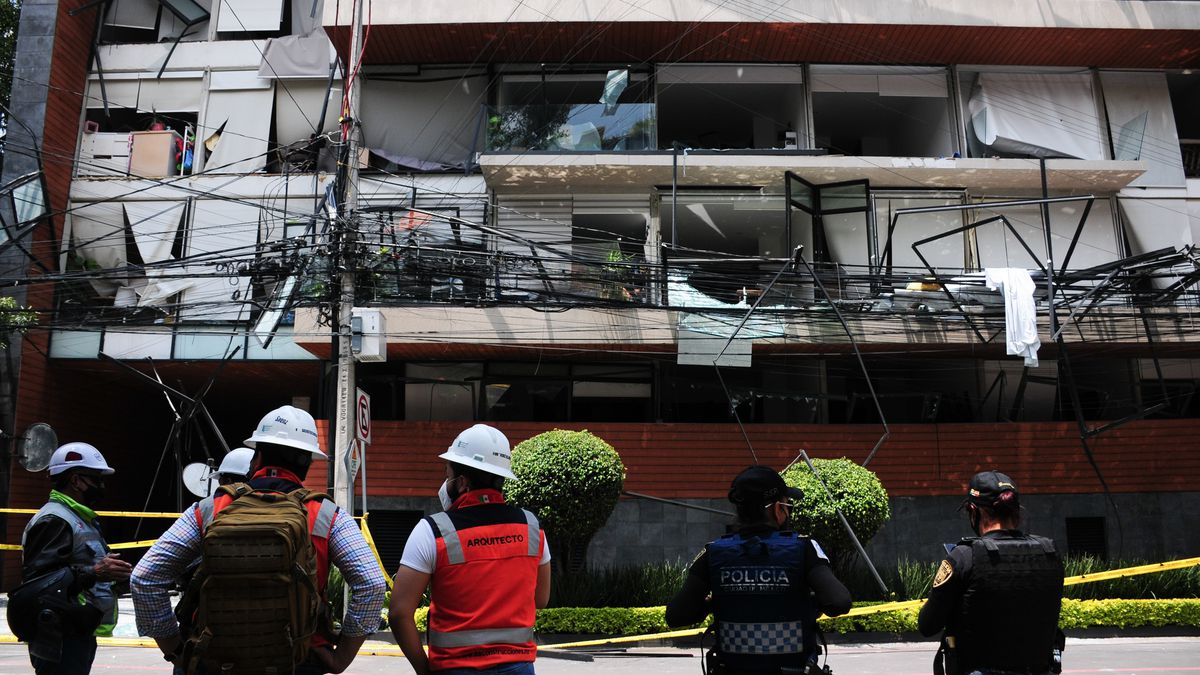 The explosion of the washing machine that betrayed ‘Los Ocean’: this is how the Mexico City real estate cartel was exposed

A poorly installed washing machine was the key to visualizing the real estate cartel in Mexico City, the scandal sparked for more than 15 years by alleged bribes in the construction market in the Benito Juárez mayor’s office. For this case, so far, a former official has been arrested, another with a location request, 42 properties confiscated and a dozen politicians under investigation.

On August 16 last year, a resident of the south of the capital suffered an explosion from the device which, because it was poorly connected, accumulated gas for more than five hours. The equipment exploded in the air and destroyed the entire facade of the building. In that tragedy, one person died and another 29 were injured. The city prosecutor’s office received complaints from the affected neighbors, who complained that the construction was riddled with defects. They then began to investigate the construction company. In order to notify the owners of the apartments, the authorities requested the list of owners, in which the name appears of a former local official who was investigated by the Public Ministry. Nicias Aridjis Vázquez, former director of works for the Benito Juárez mayor’s office, which the authorities believe operated between 2006 and 2018, had two apartments that he did not declare when he took office.

That little clue was the point of a iceberg whose dimensions are not yet fully known. When the prosecutor’s office began to investigate what happened with the explosion, Aridjis put the apartments in this building in the name of his wife. A gesture that made way for the authorities to continue to pull the strings. With the name of the former official’s partner, they began to unravel a complicated scheme of companies and associations. Far from being a single family network, the threads led to other former officials of the Benito Juárez mayor’s office, which has been governed for 22 years by the National Action Party (PAN).

The theory of the Public Ministry, as explained by the Prosecutor’s Office at a press conference, is that a group of officials received bribes from various construction companies in the form of properties, in exchange for obtaining construction permits that were in some cases illegal . So far, they have been able to connect 42 properties to the network, searched in recent days, and a dozen companies that handled millions of pesos a month, including a chain of spa and another of pizzerias. In addition, the investigative agency arrested Luis Vizcaíno, former legal and government director of the mayor’s office between 2009 and 2016, for illegal enrichment, and is looking for the former director of Public Works Aridjis, who is not yet accountable.

The scandal splashes the top of the conservative party in the city, specifically a group that called itself The Oceans. Ignore the movie reference, The Oceans they were a tribe within the PAN, founded by the current deputy Jorge Romero, coordinator of the caucus of this formation in Congress. The group used to meet in an old seafood restaurant of the same name located in a wealthy neighborhood in the south of the capital. The group, from which several current officials came, quickly climbed within the city’s party structure and many became part of the Benito Juárez government, which eventually became its headquarters of operations.

Con The Oceans in the government, the Benito Juárez mayor’s office experienced a real estate boom that attracted attention in a city in which the housing market does not stop. César Cravioto, who was head of the Commissioner for the Reconstruction of Mexico City after the 2017 earthquake, recalls that when he took office he found a scenario in which construction regulations were used on a large scale “irresponsibly” throughout the city. But, he says, “the Benito Juárez was the most scandalous focus.” The now senator for the National Regeneration Movement (Morena) assures that “it was clearly a scandal.” “There is enough evidence to say that situations outside the law happened,” he adds.

The big question the prosecutor’s office will have to resolve is how far the bribery scheme went. Within the investigation, the names of middle-weight figures within the PAN appear, such as deputy Jorge Romero, head of the Benito Juárez delegation between 2012 and 2015, or local legislator Christian von Roerich, mayor between 2015 and 2018, and member of The Oceans. The doubt falls on them as the scheme is said to have been operated during the Administration of both. The question the authorities are asking themselves is how possible it is that Arisjis and Vizcaíno acted without the knowledge of their bosses. The scandal also includes officials from the capital of Miguel Ángel Mancera (2012-2018), of the Party of the Democratic Revolution (PRD), who was the one who gave the final approval of the permits. The good relationship between the PRD and the PAN was reflected in the last elections, in which both formations participated in an alliance.

This newspaper tried unsuccessfully to get answers from Romero and Von Roerich. When the scandal erupted in late July with the arrest of Vizcaíno, Romero told the media it was a political prosecution by the Claudia Sheinbaum administration. Neither he nor his party has moved from this position in these two weeks.

The authorities are also investigating whether, within the alleged black market for permits, the mayor’s office included facilities to process the approval of a building’s habitability. One of the works erected during Aridjis’ tenure at the head of Works was an apartment complex in the Portales neighbourhood, inaugurated in January 2017, which collapsed in the earthquake in September of that year. The person who authorized the building to be occupied was the then director of Works, and the one who ruled the mayor’s office was Von Roerich. For this tragedy, which left two women dead, only Aridjis was fined with a suspension of three months.

There is still no exact number of the money that the scheme moved, but there is a list of addresses where the properties that the network had are located, most of which are located in Benito Juárez. One of the 42 apartments searched, the one Aridjis had in the building that exploded, cost 2.2 million pesos—about $113,000—according to the deed. However, it is being investigated whether the document was a simulation of the purchase, because the market value of an apartment like this, with 82 square meters in a luxury residential building, three bedrooms, two bathrooms and two parking spaces, costs twice as much. or up to three times what was supposedly paid. In one of the buildings under investigation, there are up to seven apartments in the name of a Vizcaíno company. In another there are five which, he explained, were donated by his in-laws.

The official records of the real estate cartel are a compilation of the irregularities registered in the various PAN governments in Benito Juárez. In this case, they are also investigating a series of real estate agencies that operated in the mayor’s office. An example is Grupo Rouz, which during Romero’s mandate allegedly forgave him a debt of 1.6 million pesos in the purchase of a penthouse.

According to the investigation of the prosecutor’s office, the families of the two former officials who are formally connected could end up in the eye of the hurricane. As in other corruption schemes, authorities maintain that women and children ended up in companies that moved money or owned property from the bribes. In the minutes of apartment purchases or company creation, it can be seen how Aridjis’ partner, at least one of his daughters, and Vizcaíno’s wife were involved. In the coming weeks, the former officials hope to reach an agreement with the Public Ministry to avoid further problems. Meanwhile, the current government is not prepared to allow a false move by the opposition group.