The winner of the October 8-9 elections to the lower house of the Czech parliament was the “Together” coalition, which includes three liberal parties and movements: the Civil Democratic Party, the Christian Democratic Movement and the TOP09 movement. The coalition received 27.79% of the vote and 71 seats in parliament.

The second place was taken by the centrist movement of Prime Minister Andriy Babish “Action of dissatisfied citizens” (ANO), which gained 27.12% and will receive 72 seats in parliament.

Third place went to another liberal coalition from the Pirate Party and the movement “Heads and Independents”, which received 15.62% and 37 seats. The Eurosceptic movement “Freedom and Direct Democracy” will also work in the parliament, for which 9.56% of voters voted and which will receive 20 seats.

The two oldest parties of the republic – the Social Democratic and the Communist – were not included in the legislative body, since they did not manage to overcome the 5% barrier. The communists did not make it to parliament for the first time since 1921.

The leadership of both parties resigned.

Together is considered to be a coalition with an extremely categorical attitude towards Russia:

its members, the Eurosceptic Civil Democratic Party and the pro-European liberal-conservative party TOP09, spoke of Russia as an enemy. Representatives of the coalition called for imposing all kinds of sanctions on the Russian Federation and acting “from a position of strength.” They were also the initiators of the dismantling of the monument to Marshal Ivan Konev in Prague.

At the same time, it is important to note that relations between the countries, even without the sharply anti-Russian composition of the Czech parliament, have been at an extremely low point in recent years, including due to the scandal with the explosions in warehouses in Vrbetica in 2014, for which the Czech Republic blames Russia. Moscow denies its guilt, but the Czech authorities expelled all employees of the Russian embassy in Prague shortly after the scandal erupted. In Russia, the Czech Republic was included in the list of “unfriendly countries”, which, in addition to it, included only the United States.

There will be no relations between Russia and the Czech Republic during the stay of “Together” in power, 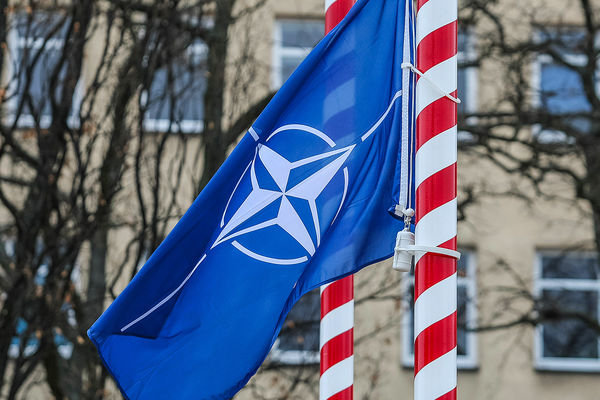 “The relationship will be finished off completely, based on the plans of the future prime minister [председателя Гражданской демократической партии] Petr Fialy, who says that Russia understands only strength, and in order to talk to it, it must first be brought to its knees, ”the expert noted.

In his opinion, at least at the level of rhetoric, one should expect the raising of questions about the Czech Republic’s withdrawal from the Nord Stream 2 project, the refusal to purchase Russian gas, the supply of lethal weapons to Ukraine, and even about the lowering of the level of diplomatic relations with Russia.

“Naturally, human rights rhetoric will intensify, military spending on protection from the“ Russian threat ”will increase, I also do not exclude new attempts to demolish monuments to the Red Army in the Czech Republic. But it is not a fact that it will be possible to do this, because the attitude to such harsh actions in the Czech Republic is not so unambiguous, ”said Vadim Trukhachev.

In addition, according to the online publication Seznam Zprávy, the current head of the Prague-6 district Ondřej Kolář, who became known abroad as the initiator of the dismantling of the monument to Konev, may become the head of the Czech Foreign Ministry as part of the new government.

If he really takes this post, it is obvious that the head of the Russian Foreign Ministry will not talk to Kolář, the expert is sure.

Czech President Milos Zeman previously promised to entrust the formation of the country’s new government to the leader of the party that will receive the greatest support from voters. At the same time, for Zeman himself, Babish is a more comfortable leader.

But, despite this, Fiala will still form the government, since other political forces are unlikely to agree to a coalition with Babish, Trukhachev is convinced.

“Zeman is an elderly man, he feels bad and is playing for time with his poor health. He doesn’t want to let Fiale form a government, but he has no choice. Babish, unlike Fiala, is not a Russophobe. And not a Russophile, of course, but he is a pragmatic person. Even Babiš would have been better, but now we have the worst possible option, ”the expert concluded.