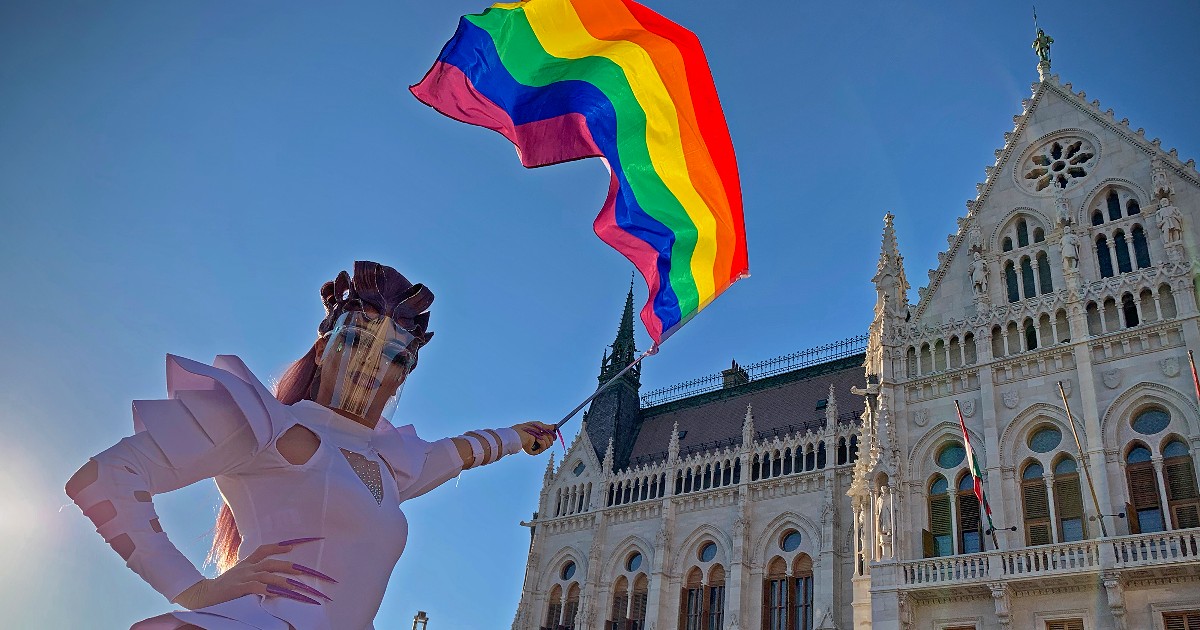 First the not too veiled messages had arrived, then these had been translated into real warnings, ultimatums. Now that from Budapest e Warsaw the necessary reassurances have not arrived on the respect of the human rights, the European Commission has gone from words to deeds by opening one infringement procedure towards Poland e Hungary per violation of the rule of law on the subject of rights Lgbtqi.

As for the government led by Viktor Orban, at the center of the conflict is the highly contested anti-LGBT law which, among other things, prohibits representations and content on sexual orientation to minors. A law, the one wanted by the executive and supported by the Parliament of Budapest, which Orban said was designed to “Protect children and their parents”. In reality, the discriminatory contents of the text have provoked the reaction of several European chancelleries, with some, such as that of the Netherlands or of Portugal, who have come to say that “there is no place for this Hungary in Europe”.

As for Poland, on the other hand, as explained in recent days by the President of the Commission, Ursula von der Leyen, under observation the so-called are over Lgbt free zone, areas of Polish cities in which any reference to gender rights has been eliminated and within which access and life for LGBTQi people is practically impossible.

The two countries now have two months to give the necessary explanations and correct the shot, otherwise the EU Commission may issue a reasoned opinion and then refer them to the European Court of Justice. “On June 23, 2021 – reads the note with which the Commission explained the decision to the Budapest government – Hungary published a law that provides for a series of restrictive and discriminatory measures. In particular, it prohibits or restricts access to content that disseminates or portrays the so-called ‘divergence from personal identity corresponding to sex at birth, sex change or homosexuality for persons under the age of 18. In this case Hungary did not explain why the exposure of children to LGBTQI content as such would be harmful to their well-being or not in line with the best interests of the child ”. The points noted in the letter of formal notice that could be in conflict with Community law include the violation of the Audiovisual Media Services Directive, “As Hungary has put in place unjustified restrictions that discriminate against people on the basis of their sexual orientation and are also disproportionate”, and the e-commerce directive, as Hungarian law prohibits the provision of services showing different sexual orientations. There are also a whole series of violations concerning the limitation of cross-border information society services to the obligations on the transparency of the single market, the freedom to provide services and the free movement of goods.

The Commission considers that in these fields which fall within the scope of EU law, the Hungarian provisions also violate the human dignity, the freedom of expression and information, the right to respect for private life as well as the right to non-discrimination. Then there is the question of the obligation to disclaimer (ie release of responsibility) by publishers for the publication of content regarding a divergence from “traditional gender roles”. An obligation that, according to the EU executive, limits the freedom of expression of authors and publishers of books and discriminates unjustified for reasons of sexual orientation.

Poland, on the other hand, is criticized for having adopted resolutions in some regions and municipalities of the country on the creation of the so-called ‘zones free of LGBT ideology’, which violate EU law on non-discrimination on grounds of sexual orientation. “Despite a clear invitation from the Commission in February, the Polish authorities have not provided the requested information to date, manifestly failing to respond to most of the requests.” In March, to respond indirectly to the Polish initiative, the European Parliament approved a resolution to proclaim the European Union a zone of freedom for LGBTQi people.