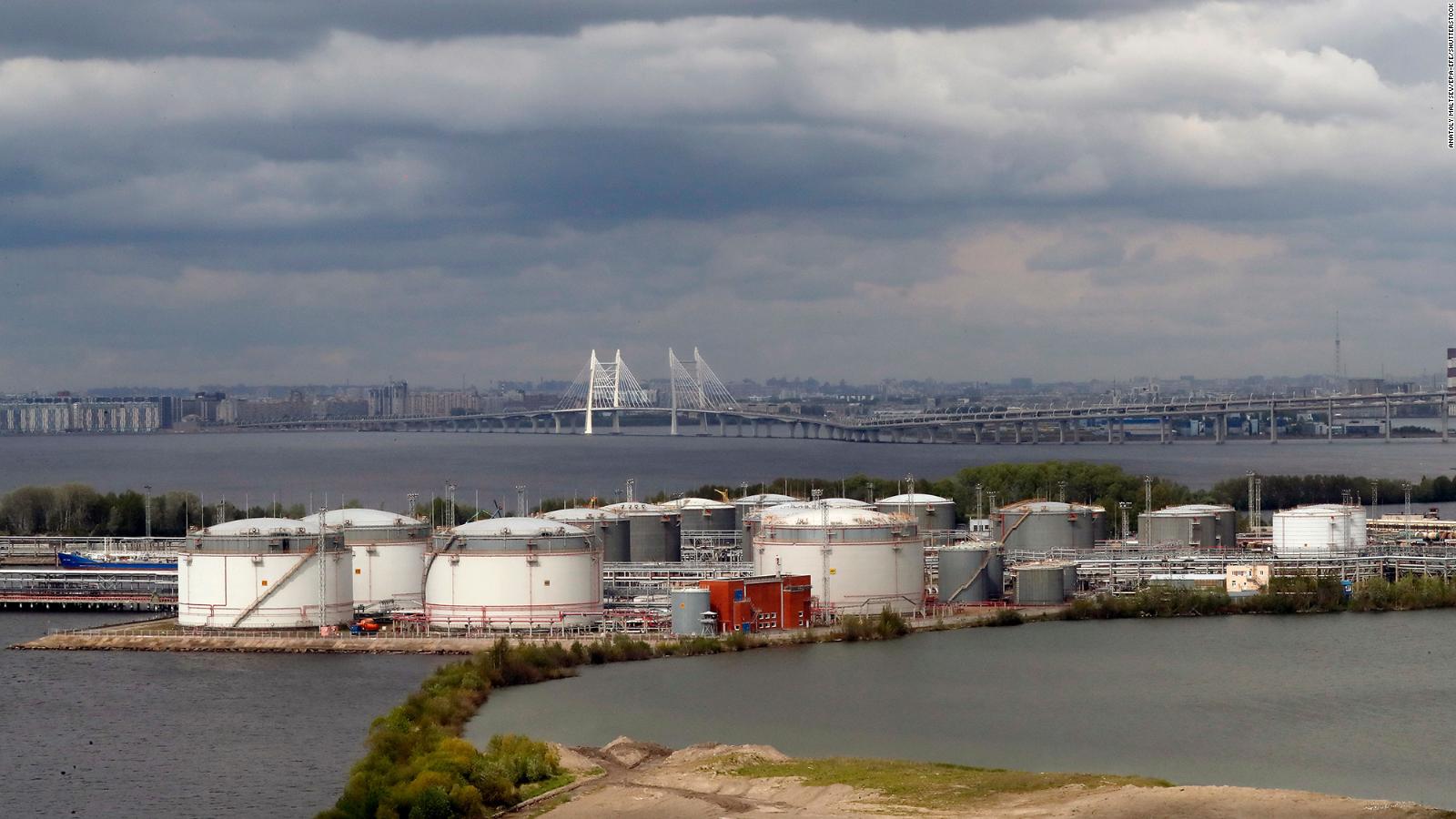 Londres (CNN Business)– The European Union’s embargo on 90% of the oil it imports from Russia is the harshest punishment it has imposed on the Kremlin since President Vladimir Putin ordered the invasion of Ukraine.

But a smaller part of the latest sanctions package could prove just as significant. A ban on insuring ships carrying Russian oil would make it harder for Moscow to divert hundreds of thousands of barrels a day to other buyers in India and China, which could push global oil prices even higher.

“Aiming for the insurance side is the best opportunity to stop Russian crude flows rather than just redirect them,” said Matt Smith, principal oil analyst at Kpler, a market intelligence firm.

The European Union announced that companies from the community of countries will not be able to “insure or finance the transport” of Russian oil to third countries after a transitional period of six months.

“This will make it especially difficult for Russia to continue exporting its crude oil and oil products to the rest of the world, as operators in the European Union are important providers of these services,” the European Commission said in a statement.

The UK is expected to join the European Union effort. That would make things even tighter for Russia, as Lloyd’s of London has been at the center of the marine insurance market for centuries.

Until now, Russia has been able to cushion the blow of falling exports to Europe by attracting other customers at deep discounts. But if ships can’t get the insurance they need for deliveries, that’s going to get much harder in the short term.

See also  Covid-19: What are the places and activities that increase the risk of contagion? | Chronicle

“Russian ship insurance restrictions are very important and one of the main reasons we assume that not all Russian barrels can simply be redirected out of Europe to other places, in particular China and India,” Shin Kim said. , head of supply and production analysis at S&P Global Commodity Insights. “The ban will add political and economic complications to the transfer of Russian oil.”

The China and India factor

The European Union’s ban on transporting Russian crude oil by sea is gradually being implemented. But European customers have already reduced their imports, wanting to avoid difficult logistics and reputational damage.

Exports to northwestern Europe fell from 1.08 million barrels a day in January to just under 325,000 barrels a day in May, according to data from Kpler. Pressure from the West forced Russia to cut its production, which the country’s economy ministry said in April could fall by as much as 17% this year.

But rising exports to Asia helped offset much of those losses. China and India, taking advantage of huge price discounts, imported some 938,700 barrels a day in May, according to Kpler data. In January, imports from these two countries totaled just 170,800 barrels per day.

The European Union’s ban on insuring the transportation of Russian crude points directly to this problem. If the UK cooperates, it will make it much more difficult for India to compensate. The same goes for China, where fuel demand is expected to rise as coronavirus restrictions ease in major cities.

See also  Israel, one year after the historic Abraham Accords: "A nuclear Iran is going to bring more conflict and misery" - infobae

The insurance market also includes a network of insurers that help share the risk. Many of these companies are based in Europe.

“At least initially, I think this is going to have a big impact on the market,” said Leigh Hansson, a partner in the global enforcement group at law firm Reed Smith.

Russia’s exclusion from other markets would have the desired effect of squeezing Moscow, but could push global energy prices even higher just as Europe and the United States try to rein in rising inflation.

“Yes, Russia will suffer a loss of revenue, but Europe and the United States will likely suffer a substantial increase in world oil prices,” Olivier Blanchard, a former chief economist at the International Monetary Fund, wrote last week in an article for the Peterson Institute for International Economics.

insurance as a weapon

Refiners and other importers aren’t the only ones who worry that ships carrying crude have acceptable insurance.

“Uninsured or underinsured vessels would not be allowed to enter any major ports or pass through major forced passage points, such as the Bosphorus or the Suez Canal,” Germany-based energy analyst Sergei Vakulenko wrote in a statement. Blog entry from the Carnegie Endowment for International Peace.

Financial institutions also remain cautious about breaching sanctions, which can lead to huge fines from regulators.

“This is not just a transaction between a Russian refiner and producer,” said Richard Bronze, head of geopolitics at Energy Aspects, a London-based research consultancy. “There are all these other parties that have to be involved.”

Russia has promised to circumvent the new rules by relying on state guarantees that could, in theory, be used instead of traditional insurance coverage. Reuters reported that the state-controlled Russian National Insurance Company is now the main insurer of Russian ships.

“This problem has a solution,” said Dmitry Medvedev, deputy chairman of the Russian Security Council, on his official Telegram channel.

“The issue of insurance of deliveries can be resolved by state guarantees within the framework of international agreements with third countries. Russia has always been a responsible and reliable partner, and it will continue to be so in the future.”

That means Russian shipments probably won’t be cut off entirely.

“It’s disturbing, but it’s not going to wipe out all Russian exports,” Bronze said.

However, not everyone will see this as a suitable solution, not least because of questions about whether Russia will be able to pay claims if it has to while under heavy sanctions.

“There’s going to be a lot more questions,” Bronze said. “I think it narrows the pool of countries that will be willing to buy.”

— Clare Sebastian contributed to this report.