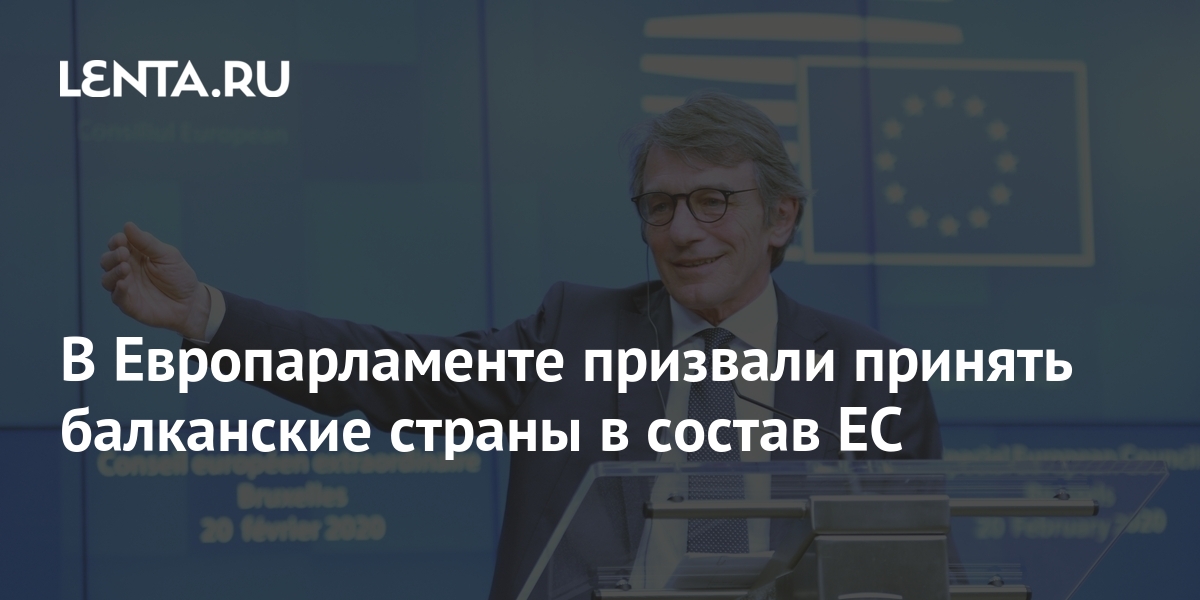 Speaker of the European Parliament David Sassoli spoke in favor of the entry of the Western Balkan countries into the European Union, TASS reports.

According to Sassoli, the accession of the Balkans will be a profitable project for the EU. “Enlargement can bring tremendous benefits to both the region and Europe as a whole, helping to ensure a stable, prosperous and peaceful continent,” he said.

The speaker of the European Parliament named Albania, North Macedonia, Serbia, Montenegro and Turkey among the official candidates for accession to the EU. However, even the theoretical terms of accession have not yet been determined for any of these countries.

Sassoli also clarified that the rate of accession of the countries of the Western Balkan states will depend on their compliance with the criteria for joining the European Union. According to the speaker, after the completion of the necessary reforms, Europe should keep the promise and allow the countries to join the alliance.