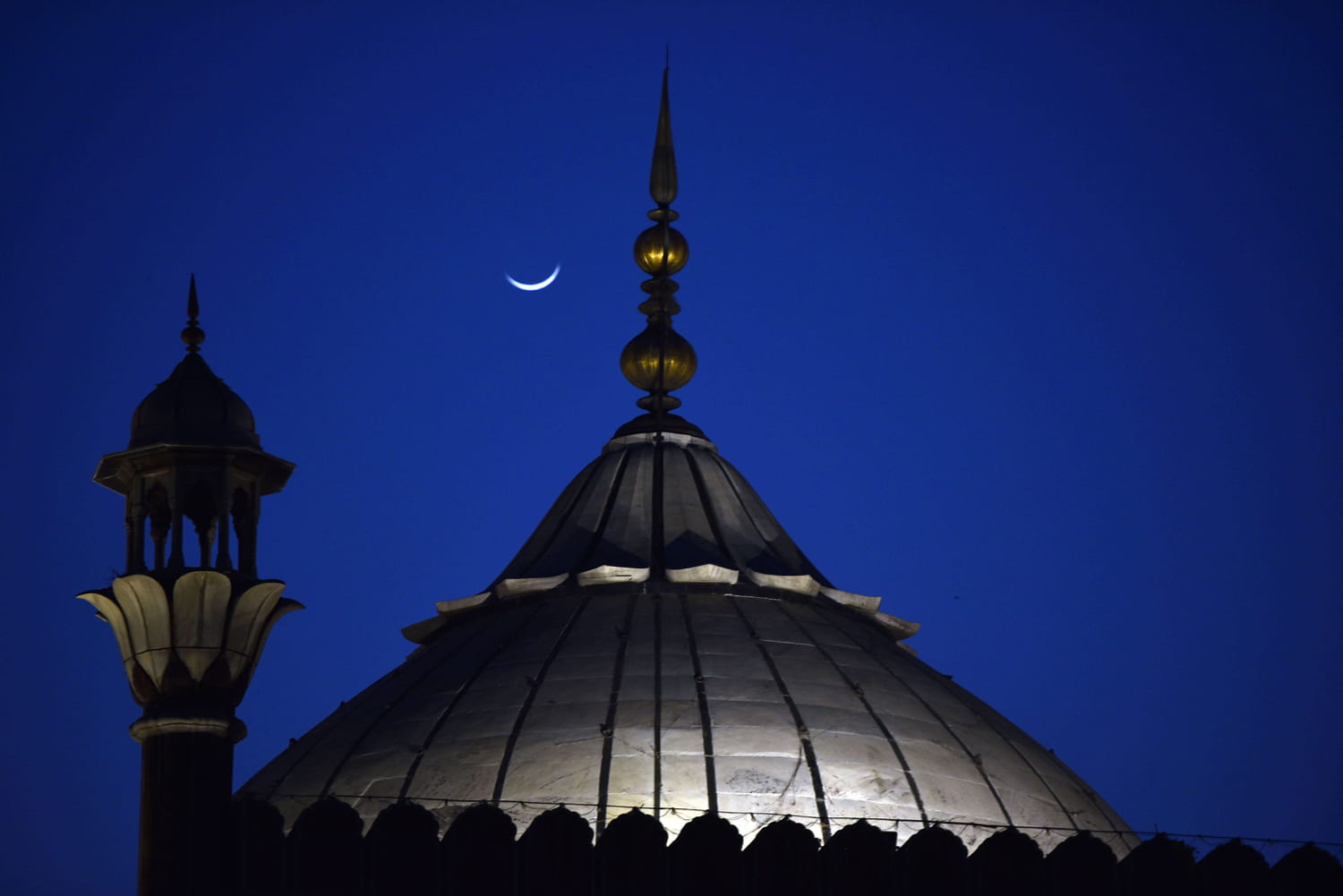 the end date of Ramadan 2022 made official this Saturday

The end date of the Muslim fast of Ramadan 2022, or Eid el-Fitr must, as every year, be confirmed by a religious commission. Organized at the Great Mosque of Paris, the lunar observation of the “Night of Doubt”, a tradition of Islam, is followed by many believers.

[Mis à jour le 27 avril 2022 à 15h18] The “Night of Doubt” of lunar observation which traditionally announces the end date of Ramadan takes place Saturday April 30 at 6:30 p.m. at the Grand Mosque of Paris. At its conclusion, the final official date of the end of Ramadan 2022 (1443) will be communicated by the Religious Commission mobilized on this occasion, around 7 p.m. A commission comprising members of the Grand Mosque, but also of the four Muslim federations that split with the CFCM (main representative body of Islam in France) in 2021. Concretely, the traditional observation of the sky that is the “Night of doubt” verifies, in addition to astronomical calculations, the exit or not in the new lunar month… and therefore the end or not of the month of Muslim fasting. The mechanism is the same as for the beginning of the month of Ramadan: if the crescent Moon is visible to the naked eye, the new month of the lunar calendar starts the next day; if this is not the case, it starts two days later.

Based on astronomical calculations, the French Council for Muslim Worship (CFCM), the main representative body of Islam in France, had given March 13 the theoretical date for the end of Ramadan, this month of fasting and deprivations considered “sacred” by practicing Muslims around the world. This estimated date corresponds to Eid-el Fitr (feast of breaking the fast), estimated at Monday, May 2. It is this date that will probably be confirmed during the Night of Doubt on April 30.

During Ramadan, one of the pillars of Islam, believers are asked to abstain from drinking, eating, smoking and having sex, from dawn until sunset. Muslims are invited to pay an alms of seven euros per person for the poor, the “zakât el-Fitr”.

Like its start date, the end date of Ramadan is, as a reminder, defined on the basis of the lunar cycle governing the Muslim calendar (aka Hijri calendar). However, a lunar month lasts 29 or 30 days there. A one-day shift is possible at the end of the different months of the lunar calendar on which Islam is based: if the crescent moon is observed on the 29th day of the month, the month lasts 29 days; otherwise, it is extended by one day.

Eid al-Fitr is the feast of breaking the fast marking the end of the month of Ramadan. It takes place the day after the last day of the ninth Hijri month. To determine its date well in advance, astronomical calculations can be made. On the eve or two days before the date, the day of Eid al-Fitr is officially announced by a theological commission following the lunar observation of the “Night of Doubt”.

The “Night of Doubt” organized at the Great Mosque of Paris, is on the 29th day of the current lunar month in the Hijri calendar, and makes it possible to determine the beginning and the end of a month. The events of the Night of Doubt at the start and the Night of Doubt at the end of Ramadan for believers in Islam are generally broadcast via the official website of the Grand Mosque of Paris. It is likely that during the “Night of Doubt” at the end of Ramadan on Saturday April 30, the religious commission estimates that the end date of Ramadan 2022/1443 corresponds to Monday May 2 (see on the specialized calendar site Vercalendario) , date already identified by the CFCM on the basis of astronomical calculations.

The “Night of Doubt” tradition refers to the “hadith”, an oral statement of the Prophet in which he notes: “Fast only when you see the lunar crescent and break the fast when you also see it”. In the Muslim calendar, the “night of doubt” marks the end of a lunar month, and the beginning of the following lunar month. It therefore plays a role both in formalizing the start date of the Ramadan fast, but also in confirming the end date of this “holy month”.