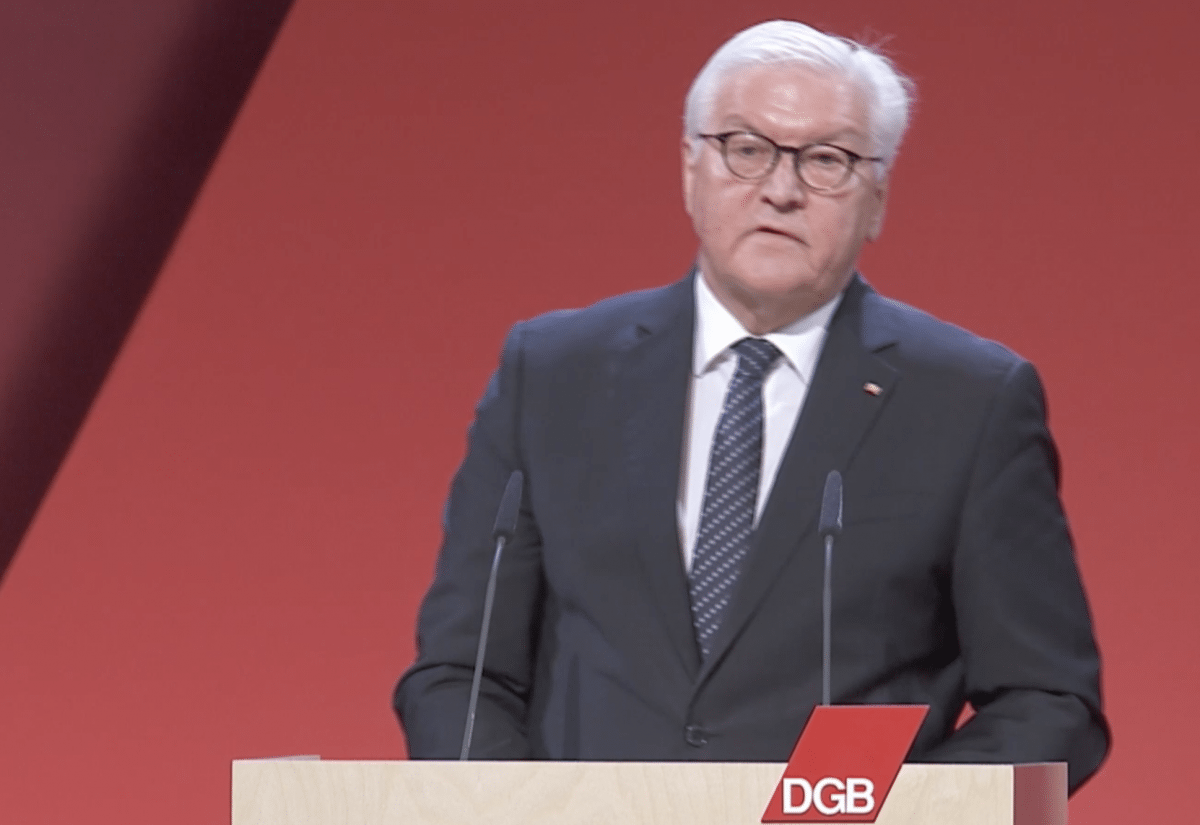 “The dream of the European house has failed”

In the speeches on May 8th and 9th, one thing was expressed above all: there is currently no basis for a common future between the West and Russia

The commemoration of the end of the Second World War on May 8, 1945 and today, May 9 in the post-Soviet region, was marked this year by the war in Ukraine. Both Western politicians and Russian President Vladimir Putin have tried to reframe the meaning of commemoration according to their position on the war.

In this respect, Federal President Frank-Walter Steinmeier is right when he spoke of an “epoch break” in his speech at the federal congress of the German Trade Union Confederation on Sunday.

In his speech on Sunday evening, Chancellor Olaf Scholz (SPD) primarily emphasized Germany’s “historical responsibility” in supporting Ukraine in the war with Russia.

“We learned a key lesson from our country’s catastrophic history between 1933 and 1945,” said Scholz in his speech, which was broadcast on radio and TV on May 8, 1945, on the 77th anniversary of the end of World War II in Europe.

One of the Chancellor’s central messages: “Never again war. Never again genocide. Never again tyranny.” In the current situation, this can only mean: “We defend justice and freedom – on the side of the attacked. We support Ukraine in the fight against the aggressor.”

Scholz’ summary: “We defend justice and freedom – on the side of the attacked. We support Ukraine in the fight against the aggressor.”

Doing your best to contribute to this today means “never again,” said the SPD chancellor, who indirectly justified the controversial arms deliveries in an ongoing and escalating war.

Therein, according to Scholz, lies the legacy of May 8th.

The three parties in the ruling coalition would continue to supply weapons to the Ukrainian army. This decision extends “always carefully considering (on) heavy equipment,” he added: “We will continue with that.”

Hopeless message from the Federal President

Telepolis documented the Chancellor’s entire speech, as well as the speech by Russian President Vladimir Putin this Monday as part of the traditional “Victory Day” military parade on Red Square.

A largely negative assessment of World War II commemoration also came from Federal President Frank-Walter Steinmeier. In view of the Russian attack on Ukraine, he spoke of an “epoch break” that would have a lasting effect on relations with Moscow.

Steinmeier, who gave up his SPD party membership when he took over the presidency but had held the position of foreign minister for the Social Democrats for a long time, recalls that May 8 was not just a day of remembrance and admonition for a long time.

For a long time, however, May 8 was also a day of hope. Those who survived the Second World War could have hoped that the European continent would learn from history that war was no longer a political tool. Anyone who lived through the Cold War knows about the hope associated with the Helsinki Final Act, back in 1975, when all European states, including the Soviet Union, committed themselves to the inviolability of borders and the renunciation of violence.

Generations of politicians have worked to ensure that “never again” also means “never again war in Europe”. Mikhail Gorbachev gave us a vision to take with us: the common European house.

But today, May 8th, the dream of a common European house has collapsed; a nightmare has taken its place. This May 8th is a day of war.

A statement by SPD chairman Lars Klingbeil, who announced a new Ostpolitik on the occasion of the two commemoration days, also seems significant in this context. In an interview with the daily newspaper world on Sunday he said:

We focused too much on Russia. In the future we will have to cooperate much more closely with the Eastern European countries.

Klingbeil expressly distanced himself from a sentence in the basic program of the SPD. So far it says:

The strategic partnership with Russia is indispensable for Germany and the European Union. The opening of Russia ensures peace and stability on our continent.

In view of the outbreak of war, this is no longer true, according to Klingbeil, who announced that the SPD’s International Commission would debate the SPD’s Ostpolitik.

After May 8th and 9th, it seems unclear how the West and Russia can find peaceful coexistence in the long term. In any case, Putin made it clear in his speech that he does not see himself to be responsible for the escalation and war.

Despite all the disagreements in international relations, Russia has “always advocated the creation of a system of equal and indivisible security, a system that is vital for the entire world community,” the Russian president said in his speech.

Last December, his government proposed concluding a collective security treaty. Russia called on the West to engage in a fair dialogue, to seek reasonable compromise solutions and to take each other’s interests into account. “Everything is in vain. The NATO countries didn’t want to hear us, which means that they actually had completely different plans. And we saw it,” Putin said.