the Disney+ series expands its cast

It is now done, the saga of books inspired by the mythology of Rick Riordan, Percy Jackson, will have its series on Disney+. After the failed attempt at the cinema, the demigod Percy Jackson will have a second chance in a serial remake. Objective: to be more faithful to the text and the spirit of the work and to succeed where the films have failed (like a series like His Dark Materials: At the Crossroads of Worlds which was to make up for the failure of its predecessor).

Having failed to convince either the public or even the author of the original material, Percy Jackson: The Lightning Thief and its sequel did not have sufficient success to complete the saga, despite a promising cast. This one, rather well supplied with talented actors, was one of the few strengths of the diptych. In fact, this is also where the new Disney + series will have to stand out.

We recently learned that the role of young Percy Jackson has been entrusted to Walker Scobell, discovered recently in Adam through time. His companions, the satyr Grover and Annabeth, will be played respectively by Aryan Simhadri and Leah Jeffries. And as announced Varietythree new names have been added to the cast of the series.

So we learned that Dior Goodjohn (Head of the class) will play Clarisse Larue, a daughter of Ares and Percy’s rival, while Charlie Bushnell (Diary of a future president) will be Luke Castellan, son of Hermès who was played by Jake Abel in the film. Finally, Olivea Morton (whose first notable role on television) will be another classmate of the heroes, named Nancy Bobofit. 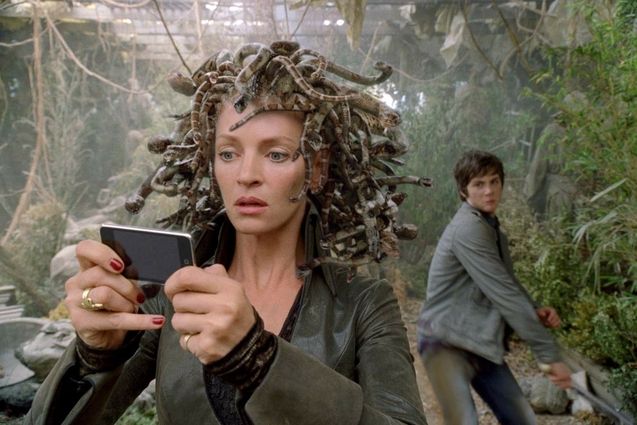 The rake of the Medusa

Obviously, at this stage, no broadcast date is planned on Disney +. For fans of the universe, it will therefore be necessary to wait and be satisfied for the moment with very poor films.