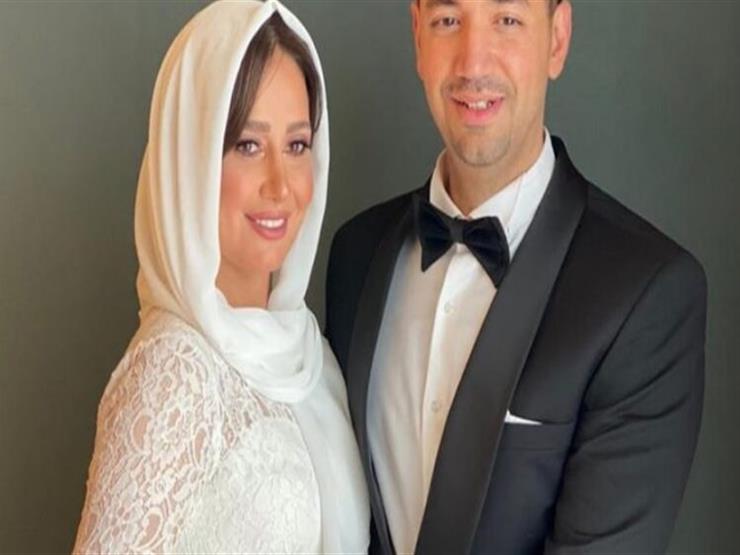 Sarah Wafik, director of the movie “Mesh Anna”, starring Tamer Hosni and artist Hala Shiha, sent a message to the latter’s husband, producer and Islamic preacher Moez Masoud, through her personal account on the “Facebook” website, against the background of the crisis caused by the film, and the publication of a clip that includes scenes of a nature A romantic that combined Hala and Tamer, aroused the resentment and anger of the heroine, and saw the timing of her presentation as inappropriate, and that we are in days of religious sanctity, according to her.

Sarah wrote, “Professor Moez, I am Sarah Wafik, director of the movie (Not Me). I read your post in which you explain that you understand the intention of a solution to some of the shots that we were supposed to take into account. Let us speak the truth after your permission. We are filming scenes of why and by what right after they were filmed and taken. Full wages?”

And she continued, “We have no relationship that you married her, you married her an artist and she was shooting the movie, and this matter is between you and her and we have nothing to do with it, and you mentioned that you were going to take action, any action, you are supposed to thank us, that we did not take any legal action against your wife who She refrained from recording her voice for the dubbing of the film, and from filming the movie, which cost millions, you do not have to do anything but thank us, for we have deleted scenes that I could send to you, so that you know that I, producer and artist Tamer Hosni, we opened the film and re-edited at Tamer’s expense, And to please Hala, even though they are scenes from my point of view of being natural, comedic, and romantic, as well as the nature of Tamer’s films.

Sarah added, “With regard to the clip, it is you, where were you from 21 days from the hour of the movie? What is the clip in the movie? And almost all of Egypt saw the movie, and it achieved the highest revenues. Where were you and she was? What is the whole movie on some of it? It will also be shown on TVs.” With the clip inside, and then this is a romantic clip, and taking into account from your point of view is a harm from the point of view of production and this is a huge expense, and a solution that she agreed to imagine with her consent, and despite all this we talked a lot, she did not respond to us or to our messages. You interrupt her work and her involvement like this, if you are the reason for this boycott, and God knows best.”

And Sarah added in her letter to Moez, “And then, where were you when she wrote this morning’s post, why did you advise her about the great and beautiful sermons? If you were not the one who wrote the post in the first place, I did not intend to respond to a solution, because Tamer responded with the utmost politeness and respect, clarifying every need and swearing by me. I say so because of her psyche, but you frankly provoked me, even if you forced her to write a post in this naive way in order to preserve your view in front of people, so you preferred yourself at the expense of a solution, and unfortunately you let all people attack your woman, if you are the reason, and the knowledge is with God.

Hala had published a lengthy message through her official account on the Instagram website, in which she expressed her dissatisfaction with the release of the clip “I Love You” at this time, as well as an objection to the presence of scenes that she did not like assembled in the image that appeared in the clip.

Her husband, Moez Masoud, sent her a letter, in which he said:

To my dear wife, Hala, I can understand your annoyance as a result of the passage of so much time since filming this movie because of Corona, and that your life has changed as you respectfully said in the post.

He continued, “I can also understand your annoyance at focusing on these scenes and compiling them despite the verbal promise to avoid that from the makers of the work (there was no talk about canceling the clip, but the focus was not on certain scenes like I am now), especially with the clip coming out at a time that has great sanctity for us, even if We knew that a promise was not enough to solve this problem. We went through other solutions.. What is between you and our Lord regarding your wages for your previous work, you do not have to say it to anyone.. and you do not worry about any words that are said unknowingly.. People do not take into account many details, the simplest of them The long time and the big events that happen in the lives of those who talk about them with the utmost comfort and confidence, and hasty to pass judgments.”

Moez continued his message, “I am able to understand what you mean when you spoke about (a certain type) of scenes, meaning a certain type of art and (not a generalization of all art). I want to think of you, my love, that our journey is a journey in search of truth, goodness and beauty… a journey of pride in culture and identity. A strong model for rejecting extremism on both sides… the side that is blinded by its identity and imitating the West without wisdom, knowledge or pride (which I called (cultural suicide) in my speech at the National Dialogue in 2011, and the other side imprisoned in deadly molds of thought and arts… every aspect Some of them think that they have the absolute truth with them, and they will continue to suffocate until the Day of Judgment.. To the extent that people show courage and pride in our culture and our identity.. They carry our children and future generations.. Then our art will be diligently expressing us, the brave ones like you, but they are the ones who walk the journey honestly and determinedly until they reach “.

He continued, “No matter how many stations..whatever the pain, confusion and confusion..whatever attack, betrayal and outbidding..whatever wish is paid..the brave ones are like you, but they are the ones who review themselves and admit their mistakes and fix them..other than that the famous one whose journey is under the microscope. Like you, they live spontaneously and in harmony with themselves.”

Moez Masoud concluded his message to his wife, “Our arts, culture, and identity can meet.. I started doing this in my artwork, and my film (Clash) opened at the (Cannes) Festival, and my next film is going to the (Venice) festival soon.. And we and you can take bigger and better steps on the great path. This is what future generations will know about its value. And again, I tell you, my love, our journey is one.