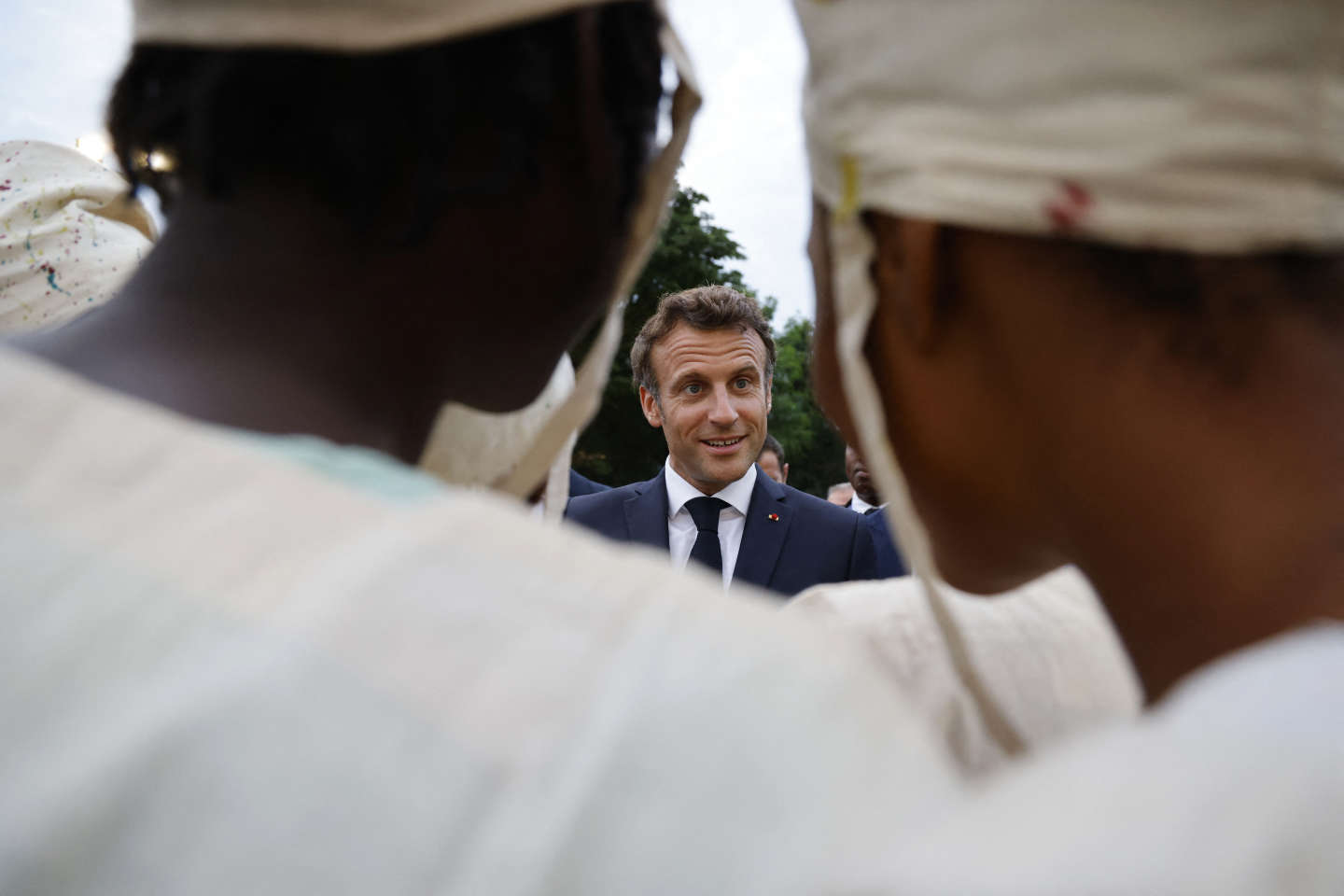 The difficult evolution of the French approach in Africa

Emmanuel Macron did not wait for his trip to Cameroon, Benin and Guinea-Bissau, which ends on Thursday July 28, to make the “renewal” of relations between France and Africa one of the creeds of his foreign politic. The Head of State embarked on this path from the start of his first term, when France was working militarily in Mali in the fight against terrorism.

This visit, the first outside Europe since his re-election, aims to show that France’s influence does not intend to be limited to the Sahel and that Central Africa is also at the heart of its strategy. It is a question of validating the approach chosen by Emmanuel Macron, even if it means testing its limits.

Read also: Article reserved for our subscribers In Cameroon, Emmanuel Macron’s visit “will not change anything”, say NGO officials

In a way, this trip was to turn the page on the intervention in Mali – the withdrawal will be final by the end of the summer – to project ourselves on the vision that the Head of State now seeks to promote: economic exchanges and dialogue with civil society (often muzzled in these countries) complement military and political cooperation with leaders who cling to power. Everything is accompanied by essential work on the colonial or postcolonial past, through long-term memorial initiatives. That launched Tuesday in Cameroon echoes the efforts of the same type deployed during the first mandate, concerning Algeria and the genocide of the Tutsi in Rwanda.

In five years, the context has changed a lot, often to the detriment of the French influence. If he was in favor of reducing the French presence in Mali, Mr. Macron had to do so under duress, after the double military putsch which suspended the democratic transition in this country of the Sahel in the grip of a jihadist rebellion always threatening. The junta broke with France after the arrival in Bamako of Russian mercenaries deployed by the Wagner Group. In a nutshell, Russia has gained a foothold in this territory, stirring up increasingly strong anti-French sentiment.

See also  Border with Belarus: Poland extends state of emergency
Read also: Article reserved for our subscribers How the Central African Republic became the laboratory of Russian propaganda in Africa

Despite the end of Operation Barkhane, launched by his predecessor, François Hollande, France will maintain some 2,500 soldiers in the region, in the states that remain under terrorist threat. Niger should become the bridgehead of the French system in the Sahel, while Paris is redefining the terms of its anti-terrorist commitment: support for countries that request it in terms of intelligence, equipment and training, but more deployments spectacular numbers of troops, except for one-time special operations. At least that is what the Head of State proposed to his Beninese counterpart, Patrice Talon, on Wednesday, during a quick visit to Cotonou.

However, the war in Ukraine further complicated the situation. Because a good part of the continent, starting with the oldest partners of Paris, such as Cameroon or Senegal, does not intend to choose sides between Russia and the West. These countries are already suffering from the consequences of the conflict initiated by Vladimir Putin, but do not want to break the ties woven during the Cold War, or after the break-up of the Soviet Union. A relationship that Sergei Lavrov, the head of Russian diplomacy, came to consolidate this week by also touring the continent.

Mr. Macron understood this well: in Cotonou, on Wednesday, as the day before in Yaoundé, he multiplied the warnings to his African partners against the “Hybrid World War” led by Russia, which he described as “last colonial power”. The observation is undoubtedly lucid. Will the speech be heard? Will the means deployed by France be enough to reverse the trend? It is permissible to doubt it.