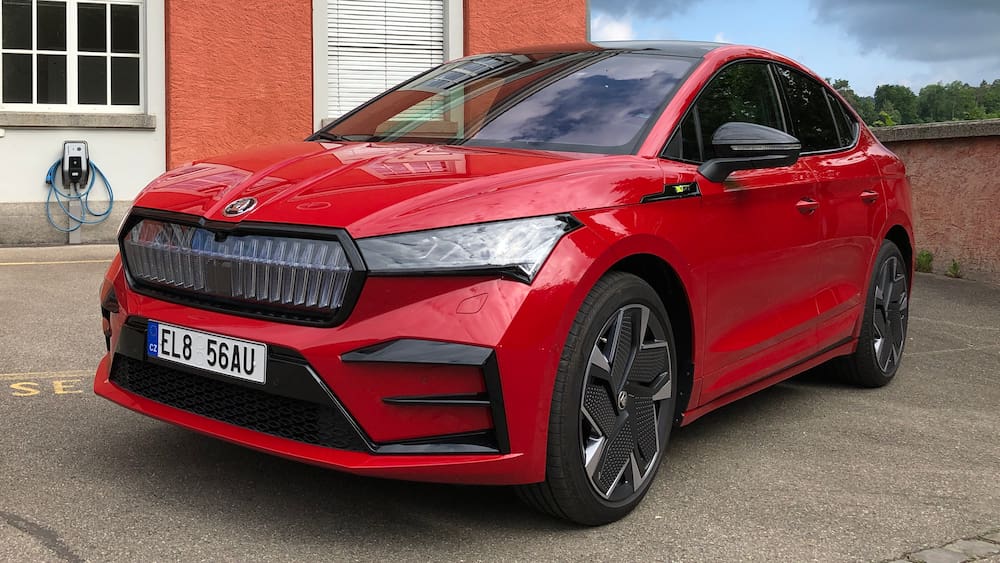 The difference is in the details

From brother from the Eastern Bloc to competitor: Skoda has been in Switzerland for 30 years and the Volkswagen Group brand has repeatedly annoyed its big sister VW. Although both build their models on the same technique! But: Skodas are always a bit bigger than the corresponding VW models, a bit cheaper and appear more down-to-earth. The reward: In 2017, the Skoda Octavia kicked the VW Golf off the top of the Swiss sales charts.

But are these the only reasons? Audi Q4 E-Tron, Skoda Enyaq iV and VW ID.4 – they are all based on the same technology group construction kit and compete in the SUV segment. The coupé version of the Enyaq will be available from us at the end of October – and as a 299 hp RS sports version from CHF 61,650. Technically, the same car as the long-term tester VW ID.4 GTX by the Blick car editors. It’s not a coupé, but it will soon be available as an ID.5 GTX. Let’s take a closer look: What does Skoda actually do differently with the same car? And: can you do it better?

The biggest difference between Audi, Skoda and VW is the wheelbase: it’s 4.59 to 4.65 to 4.58 meters – advantage Skoda! The Czech VW subsidiary also uses the well-known recipe “More centimeters for less money” for the Stromers.

That’s only available from Rolls-Royce – or from Skoda: the screen has been in the driver’s door since the first Superb. Oddly enough, no one has copied it – not even the other brands in the VW Group.

As if the car were grinning broadly: the Enyaq iV RS has LED-illuminated transverse and longitudinal ribs in the pseudo front grille. An electric car doesn’t need that, but the grin teeth are of course decisive for the recognition value in the dark. But can the more rationally ticking Skoda regular customers tolerate so much gimmick?

In the VW it looks reduced, in the Audi it looks like high-tech. And in the Enyaq? Surprisingly conventional! And maybe that’s a good thing. Because there are hardly any differences to combustion cars, it is comfortable and the threshold for e-mobility is lowered a bit. It’s just not as innovative as the interior of some concept cars.

In the VW, the central touchscreen, which operates almost everything, leans towards the driver. Practical, because she can still grope in the outermost corner. In the Skoda, on the other hand, he stands upright, the user interface is structured differently – and the passenger can change the music more easily.

At VW on the right, at Skoda on the left and vice versa: In the ID.4, the volume is controlled on the right via touch-sensitive surfaces – which you don’t always hit correctly. In the Skoda it’s on the left, what the heck. But the volume knobs are easier to use.

7. This is how you set the pace

In many new cars, the cruise control is operated with touch surfaces, steering wheel buttons or sliders. And at Skoda? There is the good old lever on the left of the steering column, as it has been for generations. You know straight away how to use it.

8. Squeeze instead of tact

At first glance, there is also a button bar in the VW – but there are touch-sensitive surfaces instead of good old mechanics. For some functions such as climate menu or driving mode, you can still press the button in the Enyaq.

9. Forward instead of backward

The gear selector lever is a dying species – because there are hardly any manual shifts and even with automatics, the direction of travel has long been selected with cute joysticks or buttons. Also in the Enyaq – while in the VW you need to get used to it before you reach for the gear switch next to the instruments.

The ID.4 only shows the essentials on the screen – cool, you don’t need a lot of information with an electric car either. In the Enyaq, the same display is in an instrument panel of old debt. As if the cockpit had grown around the monitor. It still looks traditional.

Recuperation, i.e. the recovery of energy when braking, is an efficiency-enhancing plus point in every electric car. But there are differences in how you activate them: With the ID.4 it works automatically, depending on the speed and even influenced by the distance radar, so that you come to a standstill in time. In addition, there is driving level B with increased recuperation. With the Enyaq, on the other hand, you can also pull paddles on the steering wheel – more recuperation on the left, less recuperation on the right. As you like.

Skoda and VW want the same thing – driving an electric car should be as easy as possible so that even skeptics can be persuaded to switch. In VW’s ID models, the cars take as much as possible from the drivers – you don’t have to be an electronics nerd to see through.

Skoda, on the other hand, makes it easy by making the Skoda cockpit almost the same as in a combustion engine model. Of course, the interior and service are primarily a matter of taste. But maybe also a reason that Skoda’s Enyaq is around 240 copies ahead of VW’s ID.4 in the sales statistics up to the end of April.