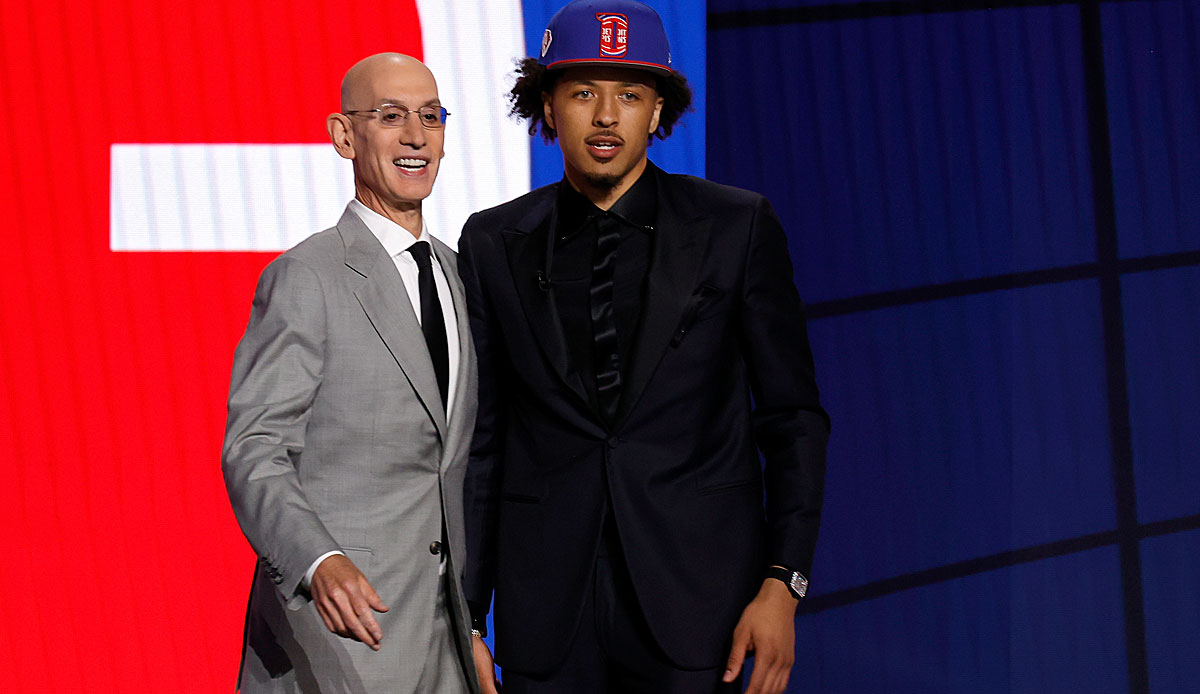 The Detroit Pistons made Cade Cunningham the # 1 pick in the 2021 NBA Draft. The Guard’s name was first called up at the Barclays Center in Brooklyn, as expected.

“It’s still a little surreal to me,” said Cunningham after his draw. “I know there is a lot of responsibility involved, but I’m ready for it.”

Hours before the draft, Adrian Wojnarowski had from ESPN reports that Detroit has committed itself to Cunningham. In the days before, there were rumors that the Pistons would also consider Jalen Green and Evan Mobley for the first pick.

Other teams tried to get Detroit to trade the pick. The Houston Rockets did this “aggressively”, but the Oklahoma City Thunder probably also lured them with an offer. OKC allegedly also offered its own franchise star, Shai Gilgeous-Alexander.

Cunningham is considered a complete player who is repeatedly compared to Mavs star Luka Doncic. In his only season at Oklahoma State, the 19-year-old put on an average of 20.1 points, 6.2 rebounds and 3.5 assists with throwing rates of 43.8 percent from the field and 40 percent from the triple line. Click here for a detailed portrait of the # 1 pick of the 2021 NBA Draft.

Franz Wagner, who was associated with the Golden State Warriors, ended up with the Orlando Magic, who selected the forward in 8th position. Golden State, however, took Jonathan Kuminga out of the G-League.