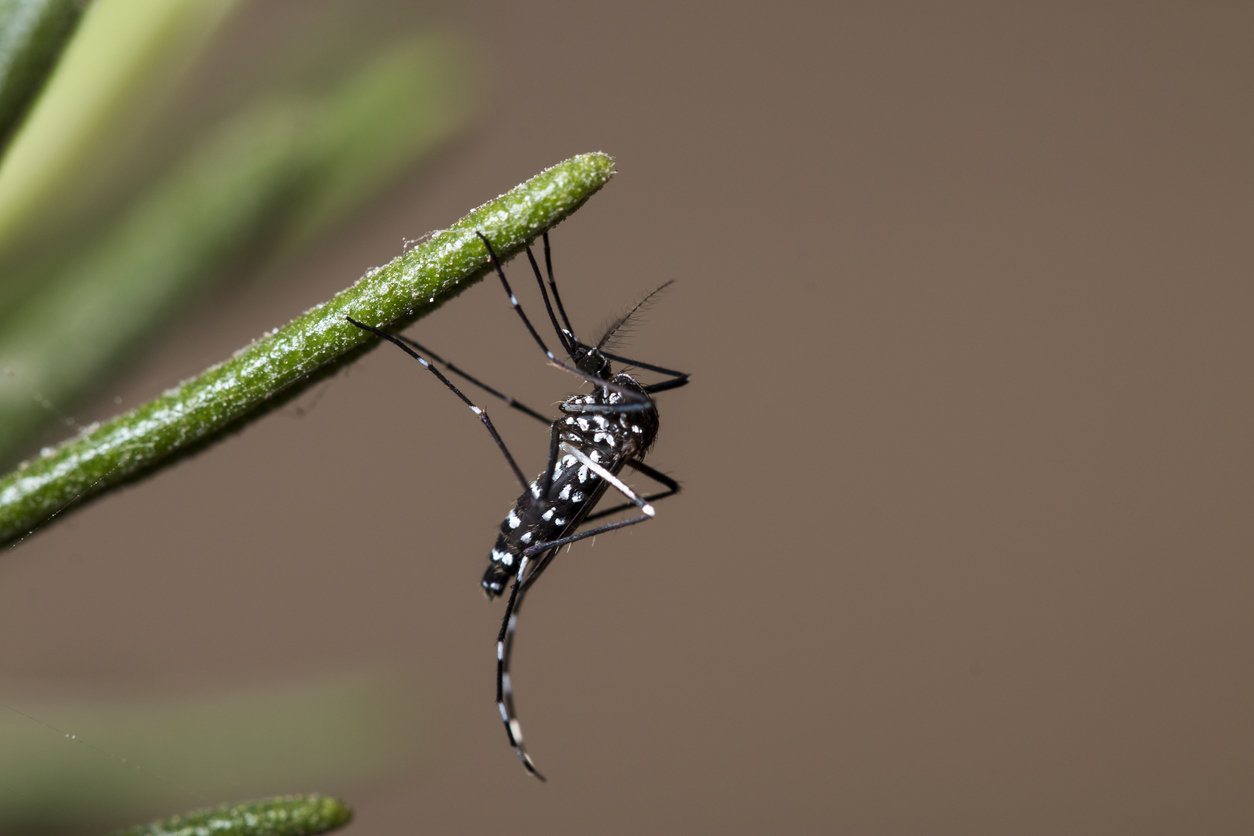 In 2004, the tiger mosquito entered Europe. Known scientifically as “Aedes albopictus“, this pest insect has already started to colonize certain departments, such as the Alpes Maritimes, Corsica, the Bouches-du-Rhône as well as the Mediterranean rim, explained to us in 2019 Prof. Stéphane Gayet, infectious disease specialist.

“The international transport allowed the tiger mosquito to migrate across countries, the expert explained. And especially boat transport. In the plane, it is rarer, because the device is disinsected before it takes off. So the tiger mosquito cannot survive flight in principle “.

If the tiger mosquito worries our health authorities, it is because it is likely to transmit arboviruses through its bite, namely, the chikungunya, but also the dengue and the virus Zika.

In a report submitted in 2019, Santé Publique France identifies the departments most affected by the arboviroses, distinguishing indigenous cases from imported cases. As an indication, the cases imported is characterized by people who contracted the disease outside the territory. Cases indigenous are people who have been infected in their department and who have no direct or indirect link with the imported cases. Discover in our slideshow the departments which identify the most cases of arboviruses.

Arbovirus: symptoms that should alert after a bite

Transmitted by the tiger mosquito, dengue is an arbovirus, an infectious disease that causes, among other symptoms, fever high. This pathology is particularly prevalent in the intertropical regions. Dengue fever has experienced a significant resurgence in recent years.

“The symptoms are most often of the type influenza“, explained Pr Gayet. It will therefore be headaches, malaise, skin rashes and above all, fever. The first signs will appear after a few days, a week on average.

See also  5 tips to get in shape after confinement

Besides dengue fever, the tiger mosquito can transmit the chikungunya virus to you. If you are affected, you must act quickly. The infection can quickly become disabling.

“The first signs will be characterized by persistent joint pain (wrists, fingers, ankles), shares the Institut Pasteur. They occur after an incubation period of 2 to 10 days and are often very debilitating, specifies the foundation. Headaches are frequently associated with this joint damage, accompanied by fever, severe muscle pain, a rash or even conjunctivitis “.

Some forms of chikungunya can become very severe.