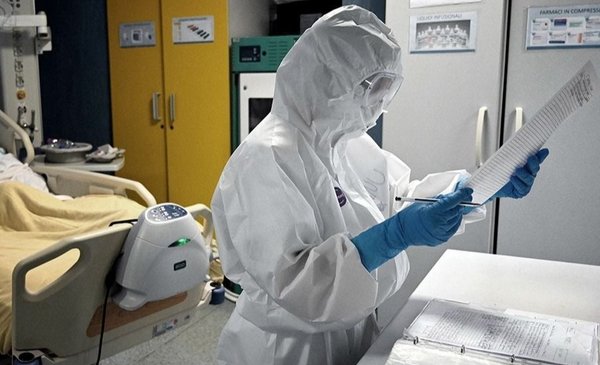 The Delta variant forces to redesign the strategy to fight Covid

It is known that the Delta variant of the coronavirus, which was originally detected in India, has spread extremely rapidly around the world and that due to its high levels of contagion it is causing new outbreaks in several countries, especially among unvaccinated people. The truth is that in an internal document obtained and reflected by the New York Times, the Centers for Disease Control and Prevention (CDC) of the United States warned that the greatest spread of cases with severe prognoses is occurring in places with low rates of vaccination.

In this context, health authorities of the Province assured that the Buenos Aires health system is preparing for a third wave of coronavirus driven by the Delta variant, which is more contagious and causes more serious respiratory diseases.

“It is possible that the current infections are reaching a floor and that they can rise again. The third wave will come and we are preparing for that ”, affirmed the Buenos Aires Minister of Health. The official considered that in Argentina “it can happen as in the United Kingdom, where there were many cases but of little seriousness because most of the people are vaccinated.”

Undoubtedly, we are facing a new and dramatic chapter in the history of the pandemic that began in March 2020, which continues to threaten the population. In the case of Argentina there is, once again, the comparative advantage that the Delta variant was first presented in other countries and there are antecedents and scientific conclusions that could serve to combat it more effectively.

See also  Covid, symptoms but with a negative swab. When it happens and why

The provincial Health Minister presented data from a study conducted among 1,219 Covid cases, according to which the predominant strain so far in the province of Buenos Aires, with 57 percent, is Gamma P.1 (Manaus); followed by Lambda C.37 (Andina), with 20 percent; the Alpha B.1.1.7 strain (UK) with 15 percent and the Delta (India), with 1 (one) percent of circulation.

However, although it is the one with the lowest circulation so far, the Delta variant showed a higher viral load. Laboratory data from that same study revealed that patients affected with this strain had a viral concentration between 300 and 500 percent higher than, for example, the Gamma strain. “There is certainty that the Delta variant will be made community”, highlighted a specialist and argued that for that reason “we need a two-dose scheme.”

In its edition last Sunday, EL DIA published a report on the challenges presented by the new strain. There it was pointed out that a week after classes were restarted, after the winter break, the arrival of the Delta variant of coronavirus, much more contagious than the previous ones, poses a new scenario to consider. The Delta variant forces a redesign of prevention measures to prevent Covid cases from spiking.

Regarding the return to the classrooms, in the Province the plan called “a“ Safe Return to Classes ”is applied, agreed between the unions and the Directorate of Education. This implies a system of weekly face-to-face rotation in two bubbles per group, mandatory use of face masks, distance of one and a half meters between students, adequate cross ventilation of the classrooms and personal hygiene.

See also  to access the Green pass was required

Twice more transmittable than the version of the coronavirus that unleashed the pandemic, the Delta variant has caused an increase in infections and hospitalizations even in countries with higher vaccination rates. Recent research suggests that people infected with it may have a viral load a thousand times higher, which could make them more contagious and for longer than those who contracted the original version last year.