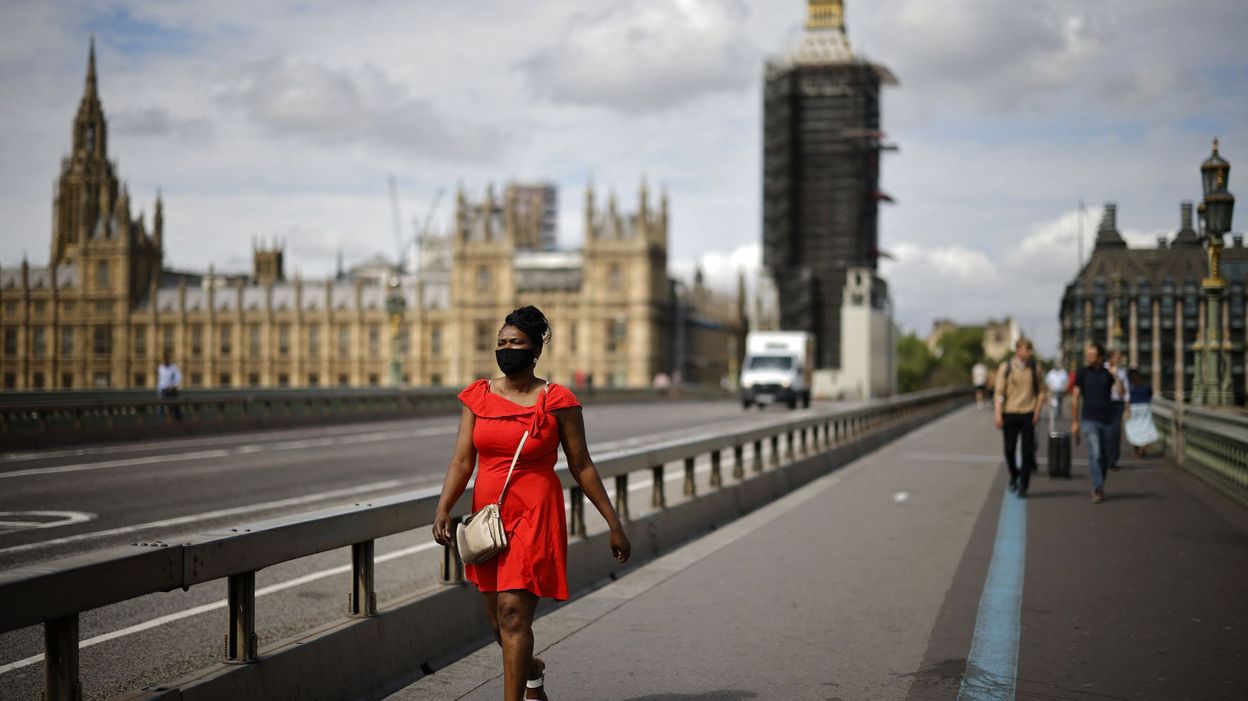 Since the start of this molecular monitoring of Sciensano’s SARS-CoV-2, three variants have been monitored: alpha, beta and gamma (ie the variants initially identified in the United Kingdom, South Africa and Brazil). In the weekly report on June 4, a newcomer was added to the list: the delta variant, one of two variants identified in India.

►►► No longer say “British” but alpha: the WHO renames the variants of SARS-CoV-2, considered too stigmatizing

The Delta variant is a very small minority in Belgium, but …

Currently, the delta variant is not very present in Belgium: the alpha variant is still largely in the majority, representing 84.6% of the samples for basic monitoring, followed by the gamma (10.5%). The beta and delta are only 0.1% and 1.3%. Delta has been a little more present in so-called active surveillance (i.e. samples where the suspicion of seeing new variants is higher: clusters, travelers, abnormal PCR tests) since the end of April: it fluctuates between 7 and 21% of samples.

If, despite its relatively low presence in Belgium, this variant is still watched, it is because it has revealed a higher contamination capacity than the alpha variant, which is itself more contagious than the strain. original. Considering the various factors which influence contamination, it is difficult to compare the rates of contagiousness from one variant to another in “real conditions”.

The delta variant would be 40% more transmissible than the alpha variant, itself 35 to 90% more contagious than the original strain, according to studies. What should be remembered from these figures is that the delta variant has all the potential to become the majority variant in our country, and elsewhere. This variant replacement process is also part of the normal reproduction cycle of a virus: variants possessing mutations conferring a clear evolutionary advantage will become the dominant variants.

The impact of the “empowerment” of new variants on populations depends on their vaccination coverage, and the capacities of natural or vaccine immunity to protect new variants. According to the latest data, Moderna, Pfizer / BioNTech and AstraZeneca / Oxford vaccines are almost equally effective against the delta variant, with both doses.

As a reminder, immunity to the vaccine takes a certain time to develop, the time for the body to create the antibodies, and is only complete after injection of the two doses. After the first dose, it is necessary to wait two weeks for the immunity to develop, the level of antibodies will then gradually increase. Between the first and the second dose, the protection is only partial: it is necessary to wait two weeks after the second dose for the immunity to be optimal.

It was in India that the delta variant first developed: it is partly responsible for the recent outbreak of contamination. Closer to home, it is in the United Kingdom that this variant has become the majority, causing concern on the European continent. Despite a vaccination rate of 55%, the number of contaminations has started to follow a rising curve since the end of May, when the Guardian reported a 160% increase in the number of cases linked to the Delta variant on May 20. Currently, this rise in contamination is not reflected in hospitalizations, which remain stable in the country, and mainly concern unvaccinated people.

Even if the number of new British contaminations remains relatively low, compared to previous waves, some scientists see the appearance of a third wave, and ask the British government to postpone the end date of the covid restrictions, set on June 21 , that is, the day when 60% of the population will be vaccinated, according to the latest estimates.

Because, if a more contagious variant becomes dominant in the population, it then increases the basic reproduction rate Ro, which represents the average number of people infected by an infected person, in a population where all individuals are likely to be infected. . *

And the higher the Ro of a disease, the more the vaccination coverage of a population must increase, the relationship between the two being represented by this formula:

Before the appearance of the alpha variant last winter, mathematical models estimated that 70% vaccination coverage was sufficient to protect the population, because the Ro was around 3. Now that the alpha and delta variants are developing, many epidemiologists set the bar higher, and estimate that the vaccine coverage should reach 80 to 90%, the contagiousness being able to be two to three times higher than the original strain.

In Wallonia, although vaccination is progressing at a good pace, the vaccination rate has not yet reached 90 or 70%: 57% of the population aged 18 and over has received at least one dose, i.e. 27% completely. vaccinated (two doses), and 30% partially vaccinated (one dose). However, the number of people receiving a second dose has been steadily increasing since early May.

In Brussels-Capital, 42% of the population aged 18+ received at least one dose: 24% fully vaccinated, 17% partially.

Nationally, 55% of the population aged 18 and over received at least one dose, i.e. 22% fully vaccinated, and 33% partially.

►►► How many people vaccinated against Covid-19 in your town? Here are the numbers (interactive maps)

SARS-CoV-2 has demonstrated its ability to evolve, and the development of the delta variant therefore serves as a warning: before reaching minimum vaccination coverage, it remains important to continue to observe the barrier gestures, and to follow the directives of each country when traveling, the vaccination campaigns do not follow the same rhythms everywhere. Even if vaccines reduce the risk of transmission of the virus, it is nevertheless not zero, and the probability of transmission obviously increases with the number of unvaccinated people crossed.

Receive the main news every morning.

OK Do not show again ×

READ  Are aliens watching us? US government report, due next month, could disappoint