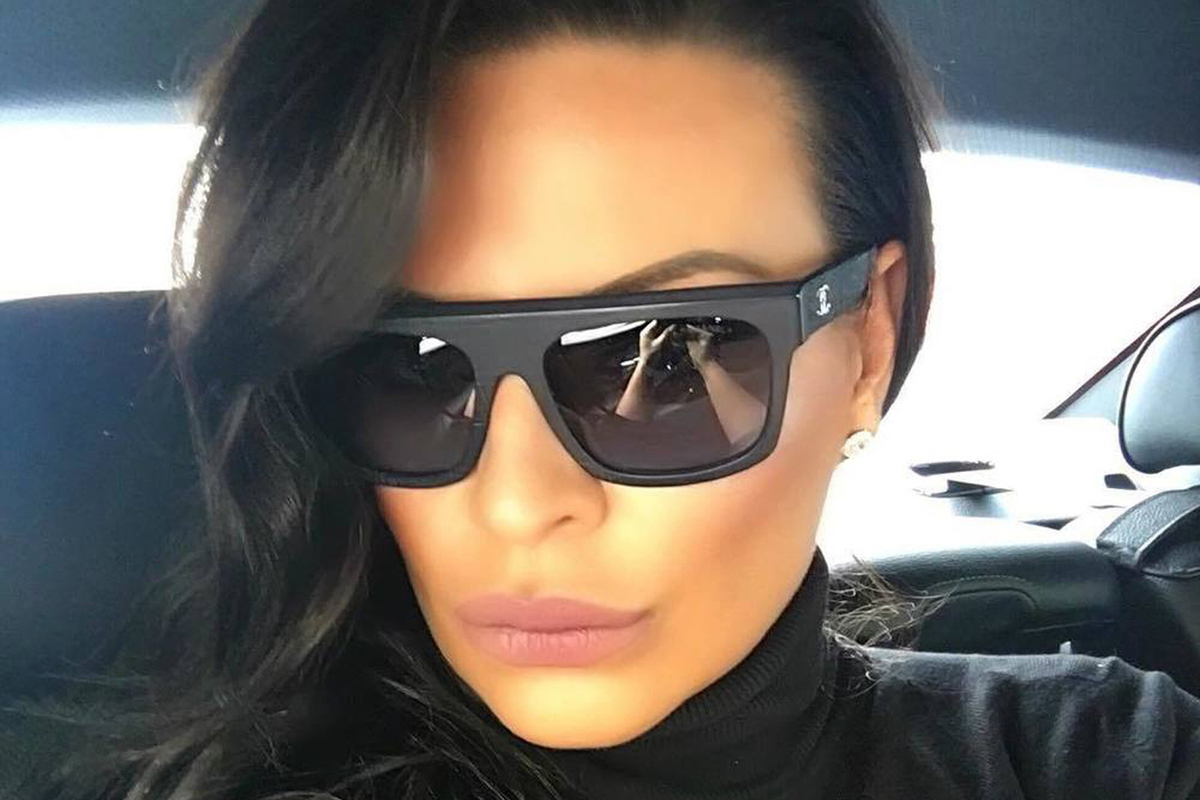 French newspaper Le Parisien reported that former Qatari princess Casi Gallanio was recently denied custody of her three daughters and was living in Spain while battling problems with alcoholism and depression.

On the body of the unfortunate, they did not see any external signs of violence. Spanish police found Gallanio’s body in bed after her youngest daughter, who lives in Paris, raised the alarm because she had been unable to contact her mother for several days.

Kasia Gallanio was born in Los Angeles and has Polish roots (so apparently her name is a diminutive of Katarzyna). According to her, she inherited from her parents, who worked hard to send her to an American college, “the principles of hard work.”

In 2004, Gallanio married the uncle of the current Emir of Qatar, Prince Abdelaziz bin Khalifa al-Thani (according to media reports, she became his third wife). He himself is the son of the ruler of Qatar in 1972-1995. Emir Khalifa bin Hamad al-Thani, who was deposed by his other son, Hamad. The latter abdicated nine years ago in favor of his son Tamim, and he now rules the emirate.

With her future husband, a young American woman – she was only 19 years old at that time – met in Paris, where the prince, who fell into disgrace in his homeland, lived in exile from the beginning of the 90s (in some press reports, he was called almost the leader of the Qatari opposition). It is alleged that for the sake of marriage with a high-ranking person, Kasia converted to Islam. The couple had three daughters (Sheikha Malak, Sheikha Yasmin and Sheikha Reem) – two twins are now 17 years old, and the youngest is 15.

Marriage with a member of the emir family, ruling in a rich Arab monarchy, did not bring family happiness. Wife discovered fraudulent activity on her husband’s account at Barclays Bank in Marbella and filed a lawsuit against the bank for 50 million euros. In the end, the woman filed for divorce.

The quarreled spouses fought a bitter battle for custody of their children for more than a decade after accusations against the prince of harsh treatment of one of the daughters (a French newspaper writes that the Paris prosecutor’s office opened an investigation on allegations of sexual abuse under aggravating circumstances). Kasia herself stated not so long ago that the father “inappropriately” touched their daughter.

The husband has always denied the accusations and claimed that his wife is an alcoholic, in addition burdened with mental health problems.

At the same time, after the divorce, all three daughters remained with their father in Paris. True, according to the Daily Mail, the elders decided to move in with their mother, but their father intimidated them with deprivation of maintenance. On this occasion, Kasia accused her former missus of “manipulation and blackmail.”

“In my opinion, this is outrageous, unfair, shameful and disgraceful,” she commented on the issues of material support for children. It doesn’t matter what financial level or status you are at. It’s really immoral, because again children become victims. However, it is all the more humiliating when you are the billionaire prince of Qatar.”

“A man should never show disrespect to the mother of his children and vice versa,” Gallanio shared her hardships with her numerous subscribers on social networks, “No matter how angry, upset, jealous or spiteful the father of my children is, I do everything in my power to provide, protect, love, nurture, feed and educate girls. Children should NEVER be victims or pawns if the parents can’t get along.”

Despite the fact that she could not see her daughters often, Kasia posted photos of herself with her children on the Internet, accompanying them with calls to grow up “incredible, inspiring, strong and compassionate women in the future.”

In recent years, Gallanio lived in one of the couple’s houses in Marbella, Spain. She rarely visited the Middle East and did not consider herself a Qatar. In the late 2000s, she launched a website selling luxury gifts, and a few years ago she joined the leadership of the French football club Martigues, which plays in the amateur French championship.

The press called the princess’s lifestyle “luxurious” – she was seen at social events and parties in the company of various celebrities like Antonio Banderas or Channing Tatum.

Occasionally, Kasia gave interviews to the glamorous press. When asked what five people she would invite to a dinner party, the ex-princess named Coco Chanel, writer Virginia Woolf, fashion entrepreneur Natalie Massenet, Bill Gates and Barack Obama. And she called Princess Diana the most interesting person for herself.

The exact causes of the death of the Qatari princess have yet to be established after an autopsy. But a preliminary investigation showed that she died from a drug overdose.

However, Louis Spagnolo, a close friend of Gallanio, stated that she was always “against drugs” and was not an alcoholic.

The condition of the former princess was clearly left a gloomy imprint by the fact that on May 19 the Paris court rejected Gallanio’s demands for custody of her daughters. She recently spent several months in the hospital, and the French edition of Le Parisien reported that the woman showed a tendency to nervous breakdowns. The judge has postponed the case until a psychological assessment is done to better understand the family circumstances, according to Le Parisien.