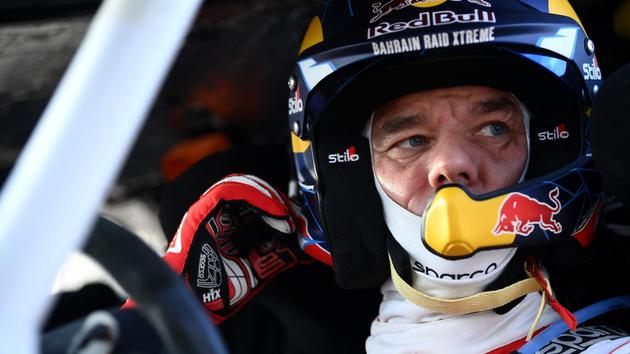 The Alsatian is tackling for the sixth time the famous rally-raid which still eludes his record.

Machine to win on almost any terrain, Sébastien Loeb has been encountering a pitfall called Dakar since 2016. The nine-time world rally champion has yet 14 stage wins, has signed two podiums (in 2017 and 2019 with Peugeot) but the victory still eludes him. His attempt last year in Saudi Arabia with the private Bahrain Raid Xtreme team even ended in a bitter failure with a succession of mechanical problems on a still too young car and twelve punctures in eight stages, forcing him to l ‘abandonment, as in 2018.

«I am not discouraged. On the contrary. We will not let go“, He assured after throwing in the towel a year ago. The Alsatian kept his word. At 47, “Seb” will set off again from this Saturday to storm the Saudi desert. On the program, 4,200 km of special (12 stages) over two weeks that Loeb intends to swallow, this time playing the leading roles at the wheel of the BRX Hunter. “Our absolute goal is still to win and we can really start to think about it», Assured the French pilot after conclusive tests in December.

To finally put the cream of rally-raids on his record, Loeb had to revise some of his plans. Exit Daniel Elena. The iconic co-driver has given way after twenty-three years of fruitful collaboration with Belgian Fabian Lurquin. The new duo had little time to get to know each other after a big setback in the preparation. In early November, the team was forced to forfeit the Abu Dhabi Desert Challenge. A fire in one of the BRX Hunter’s during a refueling resulted in serious injuries to a mechanic, prompting the team to withdraw.

Before the big start from Jeddah, the new duo only had five days of intense testing on the clock. The minimum union. But the feedback from the team, which lacked experience in 2021, is better than last year.. “It was our first Dakar and we learned a lot about what it takes to win the toughest car race in the world.», Acknowledges the director of the BRX team, Gus Beteli.

The regulations of the new premier class called “T1” should also suit the Bahrain Raid Xtreme which will enter two other 4 × 4 in addition to that of Loeb. The cars are heavier, will develop the same power with a speed limited to 170 km / h. The new car will benefit above all from wider and more robust tires, which should make it possible to avoid the repeated punctures of twelve months ago. “During the tests, we did a bit of everything, because we needed kilometers to prepare for the Dakar“, Loeb slips confirming that his Hunter was”more agreable»To drive than the previous one.

Read alsoDakar: a 3rd edition in Saudi Arabia with more dunes … before a new country in 2023?

Sébastien Loeb would be well inspired to strike a big blow this year. A favorite, just like the Toyota clan (Nasser al-Attiyah, Giniel de Villiers or Yazeed al-Rajhi), the French driver saw a new rival landed in the caravan: Audi. The brand with the rings has recruited the best behind the steering wheels of the Audi RS Q e-tron, a monster with a futuristic look and a hybrid engine: Stéphane Peterhansel (14 wins) and Carlos Sainz (3 wins) in particular. After having triumphed at the 24 Hours of Le Mans and then in Formula E, the Germans want to demonstrate their know-how in hybridization on all-terrain by aiming high and very quickly, even if the buggies, which left the garage late (in July ) could take a few plasters this year.