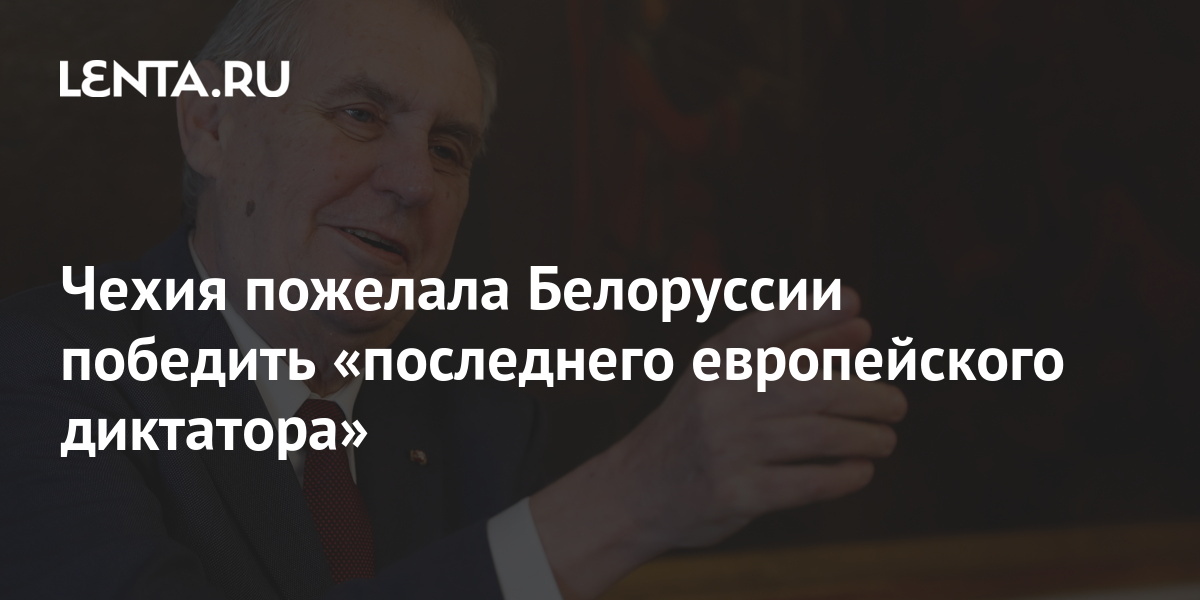 Czech President Milos Zeman wished the opposition of Belarus to defeat the “last European dictator”, meaning the country’s leader Alexander Lukashenko. This was stated in Twitter the representative of Prague Castle Jiri Ovchachek.

The politician said that Zeman received a former candidate for the presidency of Belarus from the opposition Svetlana Tikhanovskaya at his country residence. The Czech leader expressed his support for her personally and on behalf of the whole republic and appreciated her courage.

On June 7, it became known that the Senate of the Czech Parliament adopted Tikhanovskaya as the head of the Belarusian state. Senate Speaker Milos Vistrcil declared that the presidential elections held in the country in August 2020 were “not free, unfair and illegal.”

On June 4, Tihanovskaya visited Warsaw, where she met with Polish President Andrzej Duda. Following the talks, Duda stressed that Poland needs the independence of Belarus.

In March, US Secretary of State Anthony Blinken called Alexander Lukashenko “the last dictator in Europe.”