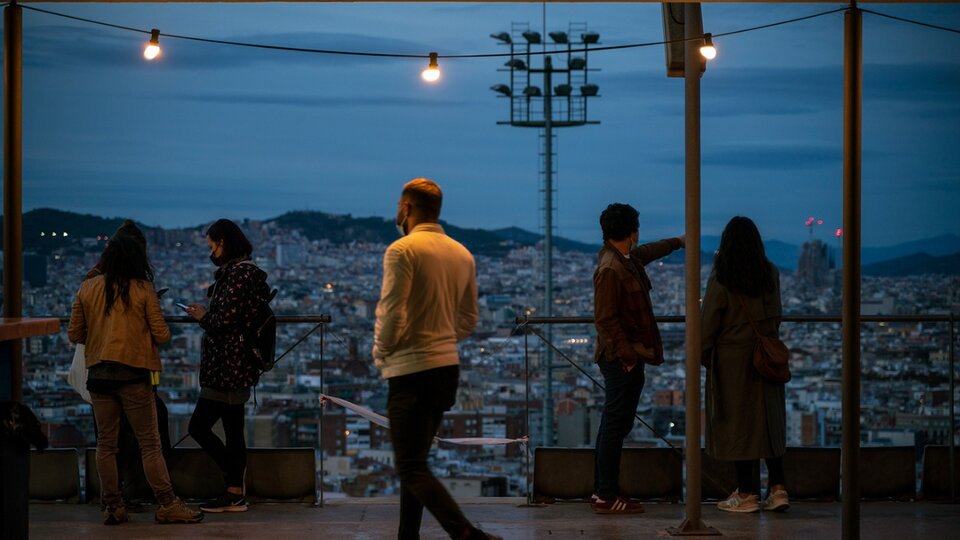 The Spanish justice authorized this Friday the implementation of a curfew night requested by the Catalan regional government in Barcelona and several tourist locations in order to contain the sudden increase in coronavirus infections in recent days, driven by the Delta variant.

The Superior Court of Justice of Catalonia authorized the application of the curfew between 1 and 6 in the morning Until next July 23 in Barcelona and in municipalities with more than 5,000 inhabitants with an incidence of more than 400 cases per 10,000 inhabitants in the last seven days.

“The resolution of July 15 is authorized by which measures to restrict night mobility are established to contain the epidemic outbreak of the Covid-19 pandemic in the territory of Catalonia,” the Catalan court reported.

Following this line, from tonight, the citizens of the affected populations will not be able to remain in the streets without justification between 1 and 6 in the morning.

“It is a difficult measure, but necessary to stop contagion, to protect lives and the health system,” the Catalan president, Pere Aragones, tweeted after the judicial endorsement was known.

The measure mainly involves the municipalities of the metropolitan area of ​​Barcelona and the province of the same name, although many towns on the coast and the cities of Girona, Tarragona and Lleida are also included.

The court opted for this decision “despite its so accentuated territorial and personal scope” and “with the aim and effect of safeguarding and preserving the rights to life and the protection of health and the stability of the health system,” he said.

“All this due to the painful result of epidemiological indices that leave us all in such a bad place, especially if the result by age ranges is taken into account,” the judges stated.

Although the duration of the night confinement was established until July 23, the measure could be extended based on epidemiological evolution.

In this way, Catalonia became the second Spanish region after Valencia to re-implement a curfew to stop the spread of the coronavirus.

Meanwhile, Cantabria, Extremadura and Navarra are pending judicial approval to apply it in parts of their territory, while the Canary Islands court refused to apply the measure in the archipelago.