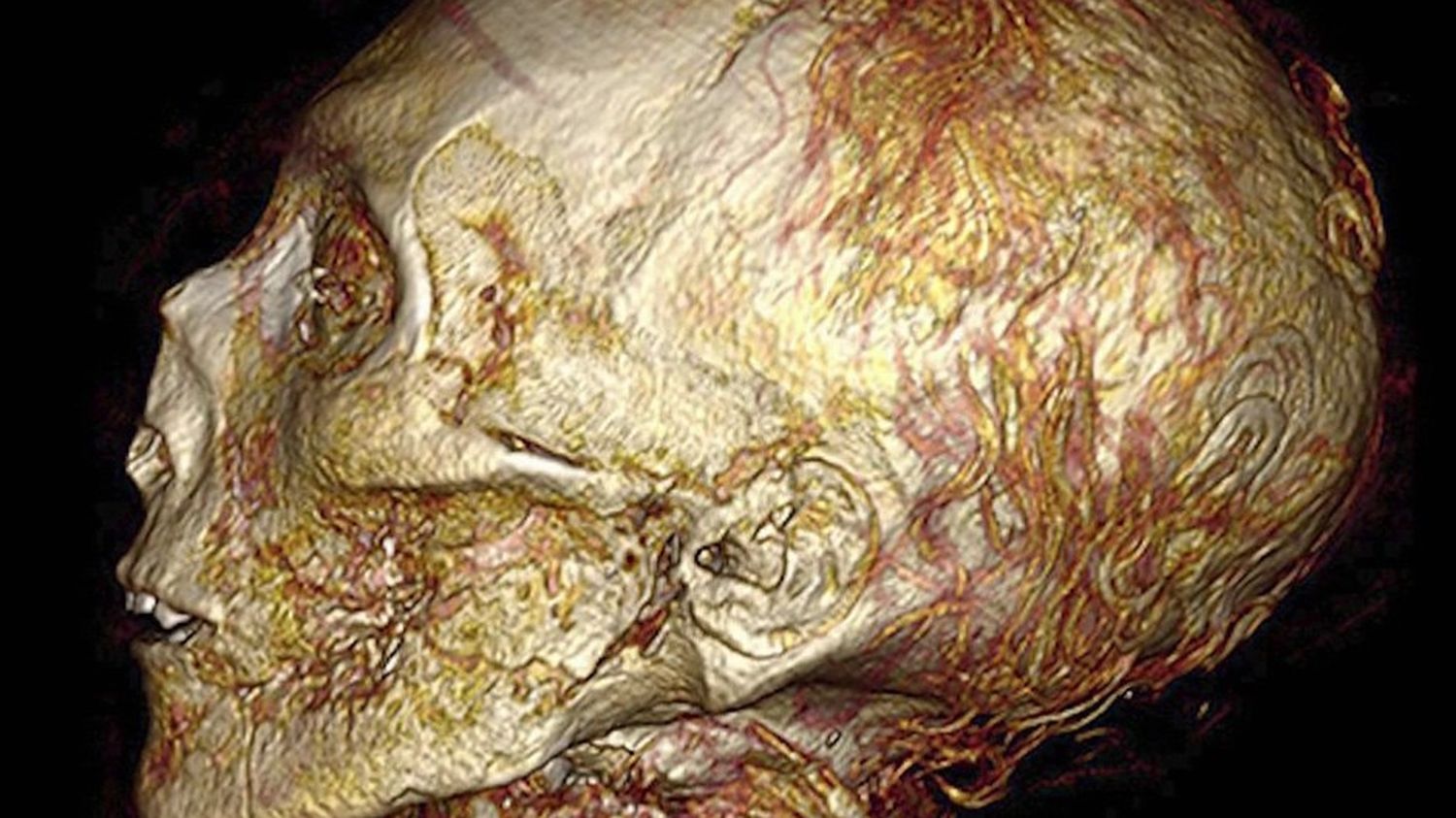 the CT-Scan reveals the secrets of Pharaoh Amenhotep I

It is a masterstroke of Egyptian researchers. The secrets of Amenhotep I, a 3,500-year-old mummy, have been laid bare without even removing his bandages. All thanks to 100% digital leaf stripping, made possible by 3D medical imaging.

The mystery of Pharaoh Amenhotep I, who died 3,525 years ago, has just been partially solved. Digital images of the mummy’s examination offer researchers an unprecedented level of detail about her body: teeth in excellent condition, the remains of her curly hair, or even her height, 1m69. And this, without removing the slightest strip. “We were able to reveal many secrets. We saw that he died at 35, and that his brain was not removed before mummifying him.”, adds Zahi Hawass, Egyptian archaeologist.

The technique of CT-scan, used for several years, is all the more precious as the mummy ofAmenhotep I is one of the few whose strips have never been removed by archaeologists. It can therefore be analyzed without threatening its conservation. “In the CT-scan, we absolutely do not touch the body of the mummy”, assure Xavier Henaff, of the National Institute for Preventive Archaeological Research. Finally, the scanner makes it possible to obtain information which until now seemed inaccessible. In Poland, researchers have discovered that one of their 2,000-year-old mummies was a pregnant woman.