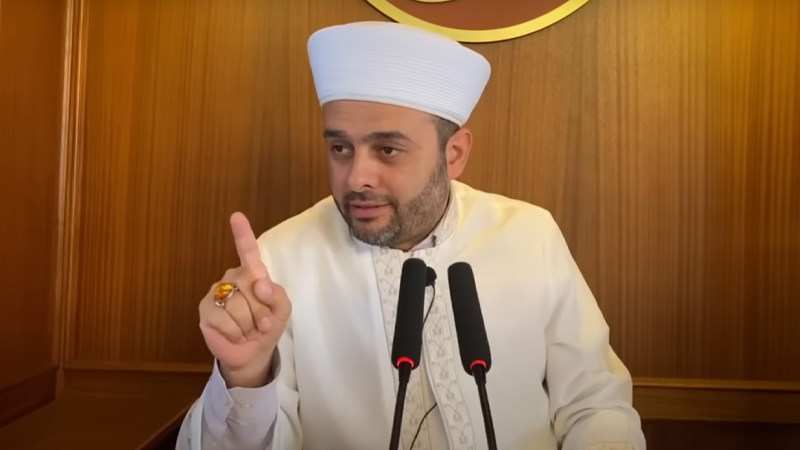 The crowd, who determined Halil Konakçı’s style, experienced a momentary pleasure by saying ‘what a blessed thing he put, but what a joke’

New Dawn writer Ismail Kilicarslan, The imam of Ankara Melike Hatun Mosque, who targets women with sexist expressions Halil Konakciwhen he began to listen to the sermons of “We are faced with a brilliant and influential teacher. Moreover, he is young and obviously quite competent. I hope his audience will not force the teacher.” she said she thought.

Kılıçarslan said, “But what I saw was that the crowd forced the teacher. He also pushed it very hard.”

“Now the question is: When Halil Hodja said to women who dress very revealingly, ‘It’s like watching a butcher’s shop window, the meat market is all over,’ did the effect on women who dress very revealing be ‘the teacher is very right’ or was it a sentence like ‘what a shameful analogy’? How did those brothers, those fathers, those husbands feel when Halil Hoca made various allusions to the brothers, fathers and husbands of these women through ‘honor’?

So, did the inviter get the effect he expected? I think no. So what happened? The audience that determined Halil Hodja’s style was a little more satisfied. A little more satisfied. They experienced a momentary pleasure by saying, ‘See, look, what our teacher has put in the blessed place, but it’s worthless’. So how many women decided to pay attention to their clothes after that sermon? Let me tell you: Zero.

Well, the question is this time: Would Hodja Halil gain less recognition and more influence if he had chosen ‘the one to go the right and long way’ instead of choosing the sharp and sensual one, and had told this issue in a completely different way? Yes and of course. Because this is what is customary. This is what is in accordance with the Sunnatullah.”