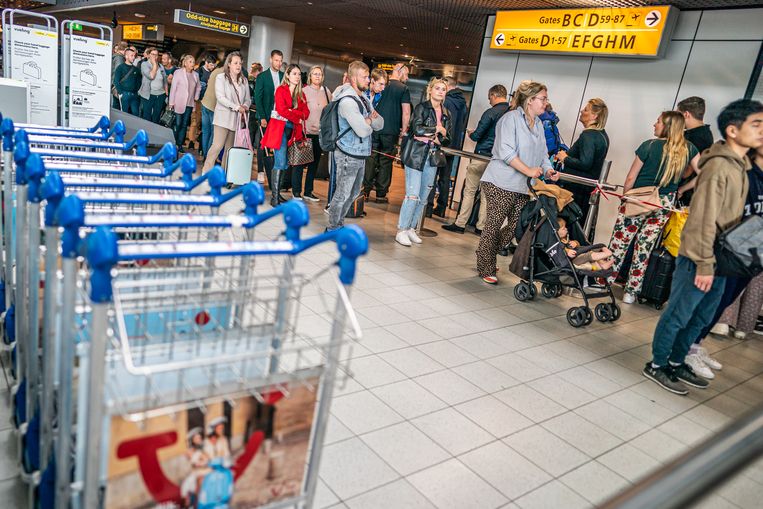 It is not all bad news that Schiphol is coming to a standstill. Other, less polluting, modes of transport are becoming more attractive.

It has not happened very often in the history of Dutch aviation that an airline refuses customers. KLM now sees no other way out. Due to the delays at Schiphol, so many travelers miss their planes that the remaining capacity must first be used to offer them a replacement flight.

Schiphol, meanwhile, hopes to turn the tide by hunting for staff until the summer, while encouraging airlines to cancel flights.

It is not only bad news that Schiphol is coming to a standstill. This makes other modes of transport such as the train and the car more attractive, which is good for the environment. Many Dutch people will also probably reconsider their long journey and wonder whether there isn’t at least such an attractive holiday in the area, which is even better for the environment.

Schiphol CEO Dick Benschop is still not very decisive in solving the crisis. He mainly blames the enormous flood of holiday trips after corona, which no one had foreseen.

This analysis falls short. What the crisis at Schiphol mainly demonstrates is that the airport has blown itself up too much. An enormous beast has been created, which is still difficult to control. This crisis should be a reason to thoroughly reflect on one’s own future.

Until now, Schiphol has been so afraid that airlines will choose another airport that it will pamper them. For years, airport charges were reduced for fear that airports such as Dubai would take over the hub function of Schiphol. The costs (read: wages and working conditions) had to fall along with it, as a result of which too few people now want to work at the airport.

It is difficult to understand that the shareholders (the Dutch state and the municipalities of Amsterdam and Rotterdam) have resigned themselves to this. An airport such as Schiphol owes it to its stand to pay decent salaries and to offer good working conditions.

Benschop must now finally let his social-democratic heart speak and announce a turnaround: from now on Schiphol will offer employment conditions that match his status. At the same time, the airport will have to move away from the growth obsession and give priority to air traffic that contributes to the hub function. The endless stream of holiday flights is not part of this and therefore certainly no longer needs to be stimulated. Structural discouragement is a better idea.

The position of the newspaper is expressed in the Volkskrant Commentaar. It is created after a discussion between the commentators and the editor-in-chief.