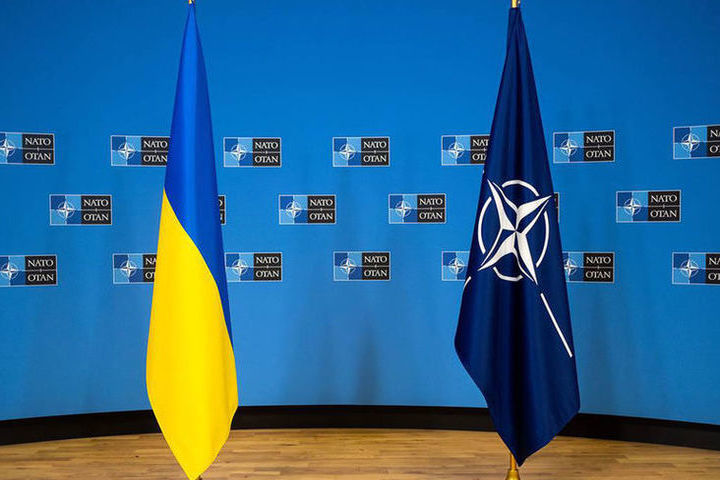 Kiev declares its readiness to join the NATO military bloc to protect against “Russian aggression”. The Ukrainian authorities have appealed to the leadership of the organization and the heads of a number of European states with a request to facilitate the country’s early entry into the Alliance. At the same time, the Ukrainian army plans to rearm according to NATO standards and is looking for suppliers of military equipment. What can lead to the entry of Ukraine into the Alliance, “MK” said the expert.

Since 2014, the new Ukrainian authorities have named the country’s entry into NATO as one of the priorities. The desire for membership in the Alliance is spelled out in the text of the constitution by a special amendment, along with plans to join the European Union. However, Brussels is in no hurry with such replenishment.

Over the years of reforms in the Ukrainian army, the system of ranks changed, new emblems and honorary names were introduced for military units and formations. To meet NATO standards, the Ukrainian Armed Forces (AFU) have abandoned the Soviet blue beret for the paratroopers. However, this is where the practical actions of the Ukrainian Ministry of Defense to modernize the army actually ended.

Almost all military equipment in service with the Armed Forces of Ukraine still meets Soviet, not American standards. To modernize its air force, Ukraine purchased a batch of Turkish-made strike drones, but the rest of the flight equipment was produced back in Soviet times. The situation is similar in the ground forces, air defense.

However, as the military expert Aleksey Valyuzhenich noted in a conversation with MK, Kiev’s aspiration to join NATO should not be underestimated. The specialist named exactly how Ukraine can strengthen thanks to the help of the West, and what measures Russia can take to counter this threat.

– It is high time to leave all the laughs on this subject. It was not very funny before, and even more so now. On the one hand, yes, of course, NATO membership does not guarantee them an instant army strengthening. You can look at Romania or Bulgaria, where the Soviet legacy is still being exploited. For example, another Mi-29 of the Bulgarian Air Force recently crashed. On the other hand, Ukraine is taking concrete steps to strengthen itself. This, however, still looks rather pathetic, but about 5 years ago there was no talk about it at all. Still, they are moving towards the goal.

– In what areas do they strengthen the army?

– First of all, this concerns air defense. It is already rumored that they will buy Turkish-made air defense systems. The situation is similar in aviation – they would like to buy French helicopters, Turkish drones, possibly Brazilian light attack aircraft. They are capable of making some things themselves, but so far their Bogdan self-propelled artillery unit, which seems to be in line with NATO standards, is frankly not impressive. But this is just a matter of time. Adjust, tweak, fix. As for armored vehicles, then, of course, everything is not so fun here, after all, they have no money for a complete restructuring of the defense industry. But you know, it’s also a matter of time. Look, what credit they will give for the fight against the “Russian occupiers” or something else.

– How likely is Ukraine’s accession to NATO, and what kind of reaction can one expect from Russia?

– If Washington decides in principle on this issue, they will push through NATO’s admission of Ukraine to the organization. Until then, you don’t even need to start talking about it. In case it does happen … well, what can I say. American tanks near Kharkov are the smallest thing that can expect us. Now they are already in Narva, although not long ago it seemed like a fantasy. But here, as you rightly said, a reaction will surely follow. And the levers of pressure, first of all – not the military, more than enough. We have a lot of assets that still belong to Ukrainian officials. From apartments in Moscow to entire enterprises. They can forget about it. Then they are still strongly tied to supplies from Russia and equipment and resources to maintain their communication systems, housing and communal services. They can forget about all this too.

There are two purely military options, in my opinion. And they will be introduced in the most critical case. The first is joint actions with Belarus to occupy as much of the territory of Ukraine as possible. For us, this is total mobilization, large-scale operations, and so on and so forth. Expensive, costly, extremely dangerous. The second option is an American-style war. Precision strikes against strategic enterprises of the Ukrainian military-industrial complex, air bases, military units, warehouses and others. Will NATO get into a mess in this situation? Something I strongly doubt. They don’t like direct confrontation.

But let’s count on the fact that Europeans are interested in peace, Russia – in the security of their borders, and Ukrainians – in the safety of their wallets. And that no one will cross some kind of “red line”.