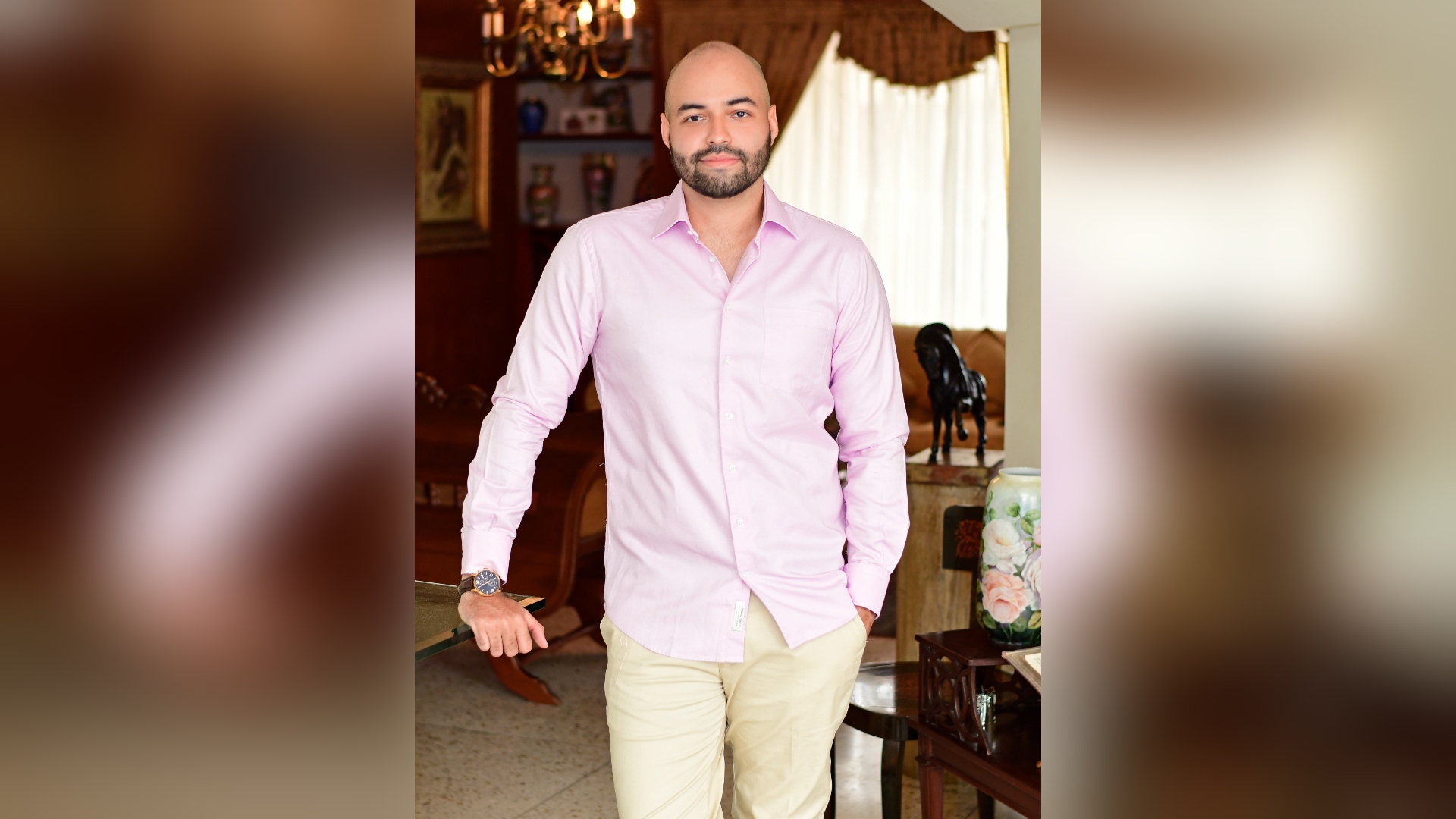 Julio Calderón recalls that during his childhood his time of play was based on sitting in a corner of his house, opening his kit of toys – which for him simulated that of a real doctor – and recreating a day of consultation. As if living an alternate reality, he personified a health professional who had his siblings and parents as patients.

Those were – perhaps – his first approaches to that taste that he had for medicine as a child. Later in his growth he turned to the Law, but the death of his father, Julio Calderón de Sola, from pancreatic cancer, triggered him to decide on medical science.

“In the first instance studying that career I saw it almost impossible because when my father passed away, my mother Nancy Aristizábal was left with all the responsibility of taking forward both my brother, Felipe Calderón, and me. But he did it. I don’t think the years will be enough for me to finish thanking my mother (…) Every experience that I lived in my training was memorable and graduating was the goal that I set for myself to make her feel proud and to fulfill my father, although no longer be with us ”.

His first mentor, who came during the last years of his career, was the gastroenterologist Fabián Lora, who gave him the opportunity to work alongside him as a general practitioner. In 2018 he received his title as a doctor. In that year he consolidated his desire to specialize in Radiology in the United States, so his next step was to study hard to take the exams that would allow him to homologate his professional title in that country.

“That process there is not easy at all, so the exams that I was going to present were undoubtedly quite high. And it wasn’t just passing them, but doing them and getting a very high score, especially since the specialization I wanted was one of the most competitive. “

Julio, 27, says that in November 2019 he proceeded to do his first test. After receiving the score, which ended up being the expected one, he made the decision to go to the United States, in order to do an internship.

“When I got there, the interventional neuroradiologist Orlando Díaz opened the doors of the Houston Methodist Hospital, located in the Texas Medical Center. In this center I was able to work on several research projects with him, which undoubtedly made me fall in love more with his subspecialty, in fact, it is the one I want to practice after finishing Radiology (…) I know that thanks to the opportunity that Dr. Orlando gave me and the experience I acquired could be chosen to train as a radiologist at an institution as prestigious as Baylor College of Medicine, in Houston ”.

This is how the Barranquilla was part of a process called “Match”, responsible for choosing all residents for medical specialties in the North American country. For now, while waiting for July 1 of this year (postgraduate start date), he is offering telemedicine consultations.

“Specialization in the United States is free and offers us the opportunity to receive a salary. Then I see myself finishing my subspecialization in Interventional Neuroradiology and although it will be many years of training, I think that when one is passionate about something, one enjoys the time and the process ”.

READ  Covid is transmitted by speaking in enclosed spaces

Once he finishes, he wants to be linked to an important academic institution in the United States, since another of his passions is research, a field that —for him— is essential in the development of medical sciences. In turn, it is seen working on the development of new endovascular devices.

Later he is seen returning to his homeland, in order to make a change that generates a positive impact, through the creation of a center that treats cerebrovascular diseases.

Today he reiterates that choosing Medicine was his wisest decision. In it he finds everything he wanted to be at the time. Regarding the specialization that he has chosen, he says that he is captivated by the fact of offering more modern treatment alternatives such as minimally invasive surgeries that promote good results, less hospitalization and improve people’s quality of life. Your next challenge is to stay ahead of the changes in the health field.

So far his greatest challenge is to obtain his degree in the specialization in the United States and position himself as “the third Colombian and second from Barranquilla who has been elected to the Baylor College of Medicine, in more than 20 years of the program’s history.”

Send a message to Barranquilla doctors and indicate that their doors are open for those who dream of doing their specializations in the United States, since one of their life purposes is to become a mentor to new generations of doctors.

“I think it is an opportunity that they should explore because the medical professional field in the US is wide and offers excellent opportunities. In addition, the reality in Colombia is that if you are not part of a large family of doctors, it is difficult to find work and unfortunately here the job opportunities for general practitioners are not well paid ”.