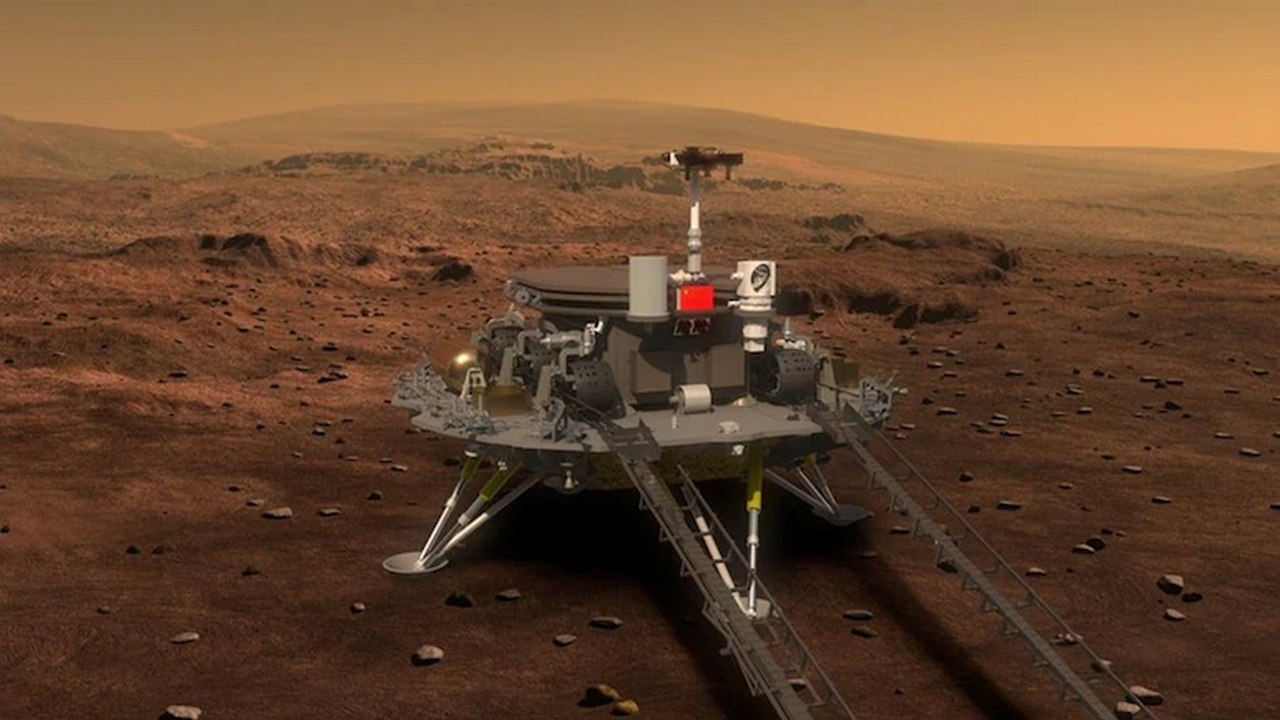 Unlike NASA, which frequently releases mission information, CNSA (the Chinese equivalent) is not always so lavish in talking about what happens in the exploratory phases. For example, a few days have passed since the landing of the rover marziano Zhurong and from the separation with the lander, but only now there are some news.

Although we have already seen in the past the images taken by the surface of Mars, now also those taken from Space arrive thanks to theorbiter Tianwen-1. This made it possible to monitor the situation by shooting the landing site and the position of some of the components (including the rover).

Part of the issues surrounding the Chinese missions are related to the lack of a facility like NASA’s Deep Space Network. It is a series of large antennas that are located in different areas of the world to be able to communicate with space missions. CNSA it does not currently have such a widespread structure, thus limiting the available bandwidth and slowing down the collection of information.

The Zhurong rover taken from Tianwen-1

Despite this “gap”, have been released in these days new photographs captured by theorbiter Tianwen-1. The image was taken on June 2 and shows the landing zone, the lander and the rover Zhurong on the surface of the Red Planet.

At the top right you can see two clear dots next to each other. The larger one the lander while the smaller one is the Chinese rover real, which moved away a few meters, and both are located in the area of Utopia Planitia (northern hemisphere of Mars). 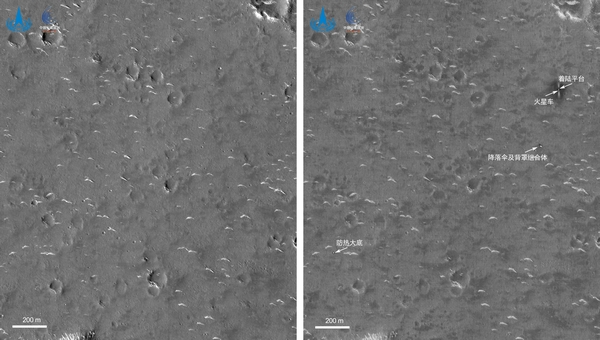 What is highlighted as a darker area around the two devices should be the marks of the lander’s landing engine moving the ground. The lighter and symmetrical stripes in the lander area should instead be signs of the release of the residual fuel discharged after landing. 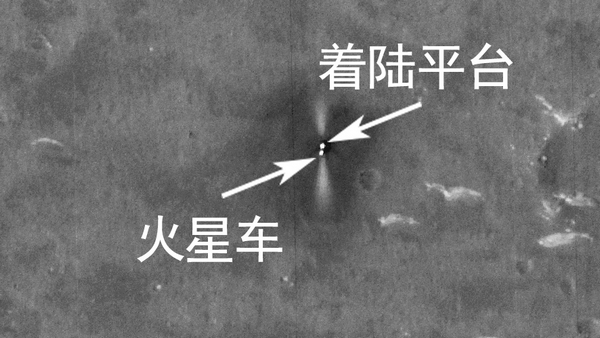 Below, on the other hand, you can see other bright spots that should be the rear cover of the capsule and the parachute, both released during landing. The last distinguishable element, at the bottom left instead, the front heat shield of the capsule, also released during the phases of entry into the atmosphere.

The rover has a (estimated) useful life of at least 90 days, although it could last longer. Instead the orbiter should guarantee a useful life of about 687 days. The latter is essential to be able to communicate correctly with the Earth, even if the rover is equipped with its own antenna and could also count on the help of ESA’s Mars Express.