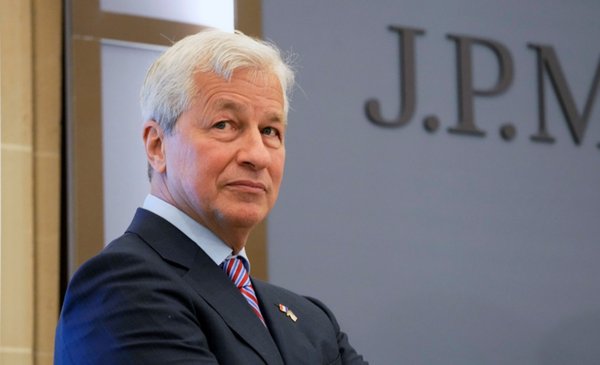 The CEO of JP Morgan spoke about the markets of 2022 Find out what he said!

Jamie Dimon, the current CEO of JP Morgan, the world’s largest bank by market capitalization, recently spoke with CNBC and he opined on the markets, inflation and the Federal Reserve.

First, the executive indicated that the rise in prices in the real economy could be so fierce that the Fed would be forced to raise the interest rate more times than planned and at a faster pace.

“Inflation may be worse than people think. I personally would be surprised if it’s only four increases this year. Four would be very easy for the economy to absorb.”, said the American banker.

On the other hand, Dimon argued that the US economy is in a very strong positionConsumers have never been in better financial shape, as evidenced by high bank account balances, current debt payments, and rising home values.

However, despite economic stability, financial markets could fluctuate volatilely. Along these lines, the director of JP Morgan detailed: “We expect the market to have a lot of volatility this year as rates go up, and for people to make projections and look at the effects of interest rates on companies differently than before.”.

Finally, in relation to the reduction of stimuli and purchase of financial assets by the Federal Reserve, Jamie Dimon said that, in the best of cases and with a bit of luck, the Fed will slow things down and there will be “a soft landing”.

Otherwise, financial markets could react violently downwards and, added to the accelerated increase in interest rates, the situation could be worse than predicted by specialists in the sector. Although it is an unlikely scenario.