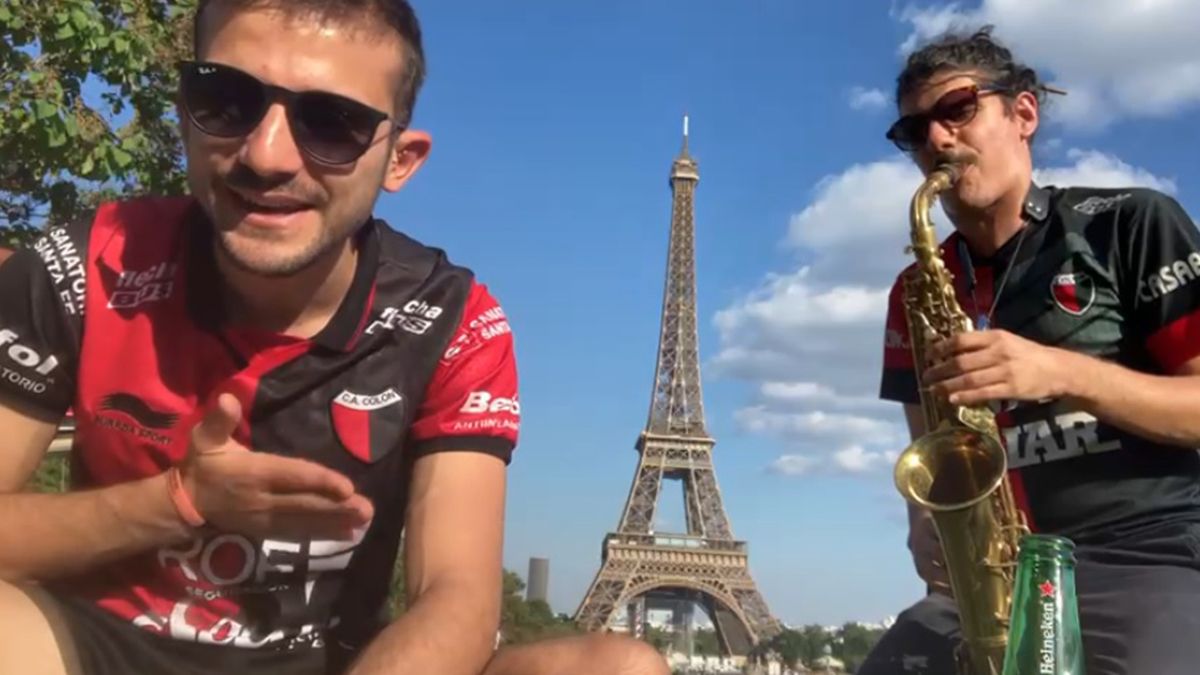 The 11,000 kilometers that separate Ignacio from city ​​of Santa Fe were reduced on Friday June 4 when Colón beat Racing in the final of the League Cup and the Sabaleros fans shared their joy across the planet.

The Santa Fe who lives in the vicinity of Paris counted in Air of Santa Fe that all his family is from Colon And despite not seeing them for over a year, this weekend he felt them closer, linked by the colors red and black.

In Santa Fe, the festivities did not stop from 9:00 p.m. on Friday. In cars or walking, people circulate with flags and stars. This Sunday, the mobile of Air of Santa Fe He went out to tour the city. The concentrations took place in places such as Alem Avenue, Parque Sur, La Costanera, the Brigadier López Stadium, by Urquiza and Vélez Sarsfield and Ituzaingó, from where Julian Brochero interviewed the fans to Something to say, the program that leads Ezequiel Zárate.

The most resounding phrases of the fans were: “It is a happiness, a madness, inexplicable”; “It is a dream come true”; “We are champions, that’s it”; “Come on Domínguez dear”; “Aguante Colón and the Centennial neighborhood”; and “Thank you black, a thousand thanks,” which one of the celebrators said without a voice.

On Saturday, the area most affected by the caravans was Bulevar, however, this Sunday the parallel streets were saturated.

With this championship, Colón obtained the ticket to the Libertadores Cup 2022. His condition makes him worthy of competing in the next edition of the continental event, as will the next champion of the Argentine Cup and the three best placed in the annual table of positions, which are deducted based on the productions in the first phase of the League Cup and the Professional League Tournament -the competition that will come into effect as of next semester-.