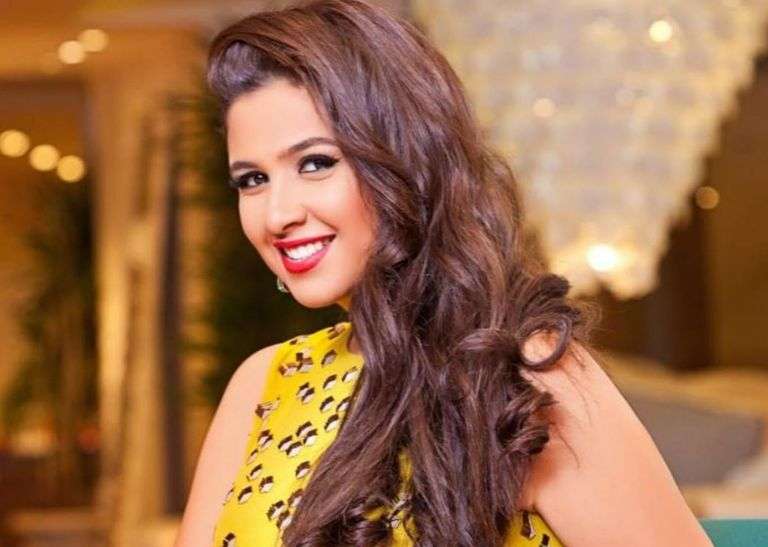 “A complete coma,” thus diagnosed the health of the Egyptian star Yasmine Abdelaziz, the owner of dozens of successful film and television works, who is currently lying on a bed of illness in a world far from our world now.

Although the nature of her illness was not confirmed by any of her family, the news circulated by sources close to her in the local newspapers, talking about her having a severe bacterial infection after a surgery that she underwent, the nature of which is unknown, as her family prefers to keep her details secret for the time being.

And according to what her husband, the Egyptian actor Ahmed Al-Awadi, and members of her family mentioned in a series of posts on Facebook, Yasmine Abdel Aziz was exposed to a sudden health problem that led to a very delicate surgery.

During the Egyptian artist’s operation, a mistake occurred by one of the doctors supervising the surgery, which caused a bacterial infection, after which she entered the intensive care room for treatment.

What is bacterial contamination?

Bacterial infection or bacterial contamination is the spread of a harmful strain of bacteria that can infect any area of ​​the body.

In general, medlineplus said that surgery that involves a cut (incision) in the skin can lead to wound infection, and most surgical wound infections appear within 30 days after surgery.

Infections of wounds after surgical operations cause pus to drain from them, and they may be red, painful, or hot when touched, and may cause fever and nausea.

When searching for the causes of bacterial infection, it was found that one of them is to undergo surgery that lasted several hours, and wounds resulting from surgery can become infected by:

Germs already on your skin that spread to the surgical wound

Germs in the surrounding environment, such as on surgical instruments or on the hands of health care providers.

There are different levels of wound infections:

Superficial: the infection is in the skin area only

Deep: the infection travels deeper from the skin to the muscles and tissues

Organ/space: the infection is deep and includes the organ and the area in which the surgery was performed

As for the “healthline” website, it explained that what is known as “bacteremia” occurs when bacteria are present in the bloodstream, and they can enter because of things such as brushing your teeth or undergoing a medical procedure.

In some cases, bacteremia can occur without apparent symptoms, and in many healthy people it clears up on its own without causing disease.

But in some cases, if bacteremia is left untreated, it can lead to more serious complications, including “sepsis” that results from a strong immune response to infection, and leads to organ failure and sometimes death.

When you develop sepsis, also known as “sepsis,” harmful changes in your body such as inflammation and severely low blood pressure can occur, and may lead to organ damage or organ failure.

Developments in the health status of the artist, Yasmine Abdelaziz

A state of complete secrecy over the developments of the artist’s health condition, Yasmine Abdelaziz, imposed by her family, but some artists spoke on the communication sites about some of the mysteries.

The young actor Tamer Magdy wrote in a Facebook post: “Yasmine fell into a complete coma for 14 hours due to a medical error while performing an operation.”

Her husband, artist Ahmed Al-Awadi, asked her fans to pray for her, explaining that she was in the operating room performing an undisclosed surgery.

Al-Awadi wrote, in a moving message on his official page on the “Facebook” website: “Please pray in the unseen for my wife and my beloved Yasmine, she is in operations and needs your prayers. Oh God, you are the healer, the healthy, with your ability to do everything.. Oh God, lift the affliction and the epidemic from her and heal her and restore her.

As for her brother, Wael Abdel Aziz, he wrote on his Facebook page: “All I can say now, pray for Yasmine, her condition is dangerous.”

Yasmine Abdel Aziz’s latest work was the series “Ally Maloosh Kabir”, which she participated in during the last Ramadan season, and her husband Ahmed Al-Awadi, stars Khaled Al-Sawy, Mahmoud Hafez, Donia Abdel Aziz, Ahmed Abdullah Mahmoud, Ahmed Saeed Abdel Ghani, Iman Al-Sayed, and Badria Tolba participated in the championship. , Aida Riad, and others, and the work was written by Amr Mahmoud Yassin, directed by Mostafa Fekry, and produced by Synergy.