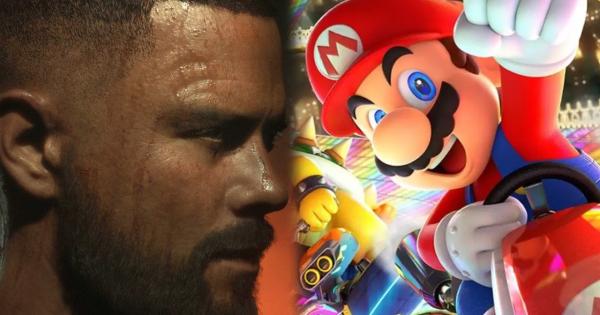 The Callisto Protocol is a flop; sold less than Mario Kart 8 in December

From his original announcement, The Callisto Protocol drew the attention of locals and strangers for its concept that immediately reminded Dead Space. Unfortunately, he was left behind and unable to meet the high expectations of the players when he debuted late last year. It seems that the negative reviews affected the trading performance.

A K-Odyssey report sheds light on the poor sales that KRAFTON’s horror video game Striking Distance had during its first weeks on the market. According to the information, it was estimated that it would sell between 4 and 5 million units during its business cycle. Now, expectations are at 2 million.

While specialists doubt that The Callisto Protocol can get back on track, new data from NPD Group seems to confirm that the project had a disappointing launch at the sales level, as very old titles performed better in US stores during December.

The space horror video game was reportedly unable to reach the top 10 sales on US soil, debuting at number 17. It peaked at number 10 on the PlayStation charts, but did not make the top 10 best-selling titles on Xbox ecosystems during the last month of 2022.

Related Video: The Good, The Bad, And The Meh Of The Callisto Protocol

By itself, this information is very interesting. However, it also stands out that titles such as Mario Kart 8, Minecraft y Super Smash Bros. Ultimatewhich have been on the market for many years, had a better commercial performance than the controversial project led by Glen Schofield.

It is clear that Minecraft, Mario Kart 8 y Super Smash Bros. Ultimate are very popular and are expected to sell well in any month of the year, but it is worrying that The Callisto Protocola title that its creators rated AAAA, had such a poor debut.

In case you missed it: Does The Callisto Protocol run better on PS5 on purpose? Director responds to controversial rumor

Although it seems difficult for the KRAFTON and Striking Distance game to come back, the developers are still at the foot of the canyon. Since launch, multiple patches have debuted that have improved performance and fixed early technical issues. A few days ago, an update arrived that incorporated the New Game +.

But tell us, did you try this horror title? Do you think it deserves a chance? Let us read you in the comments.

The Callisto Protocol is available for PlayStation 4, PlayStation 5, Xbox One, Xbox Series X|S and PC. Visit this page to read more news related to him.