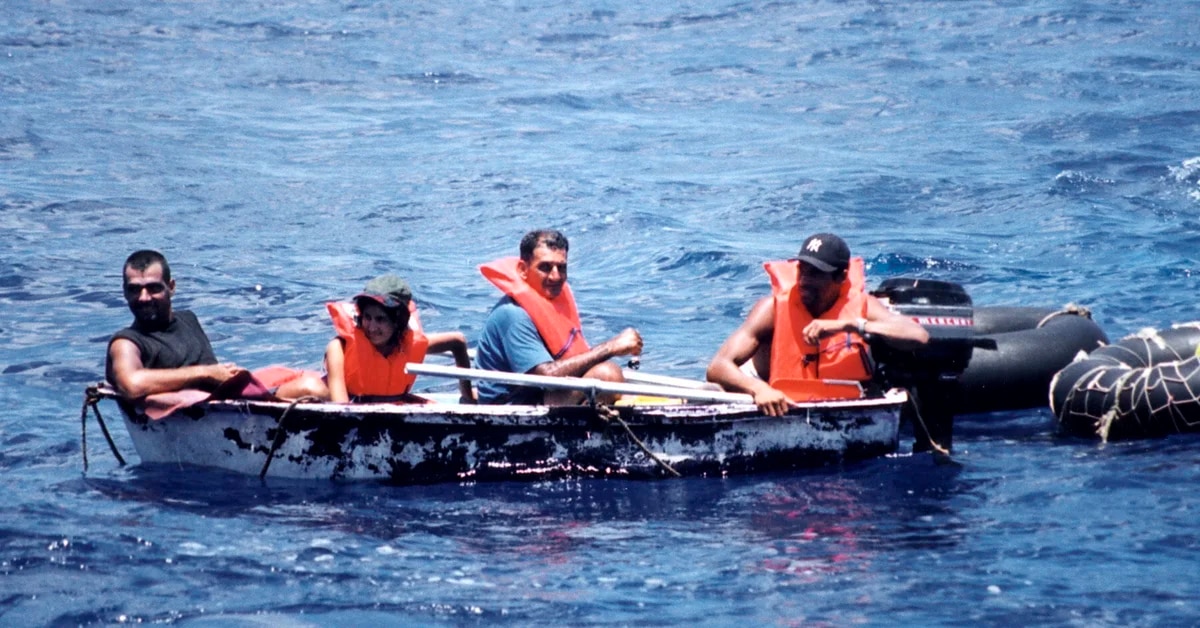 A total of 108 Cuban rafters who arrived within 2 days at the florida keys (USA), in the extreme southeast of this state, were detained by US authorities.

The head of the United States Border Patrol in Miami, Walter Slosar, reported this Friday through Twitter of the arrival of Cuban migrants in twelve different landings.

“During the past 2 days, Miami Sector Border Patrol agents, along with law enforcement partners, responded to 12 different migrant landings in the Florida Keys and 108 Cubans were arrested”, specified the official.

The announcement of the arrests comes after 15 Cubans arrived in an artisanal boat on July 30 at an uninhabited islet near Key West (USA), in the Florida Keys.

Just hours before that arrest, the US authorities had taken charge of another 12 rafters sighted by a cruise ship in the Florida Straits.

The attempt by Cubans to reach the US has increased significantly since 2021 and since October 1 of that year, when the current fiscal year began, more than 3,739 people from the Caribbean island who traveled by sea have been detainedaccording to figures from the US Coast Guard.

Throughout the entire fiscal year of 2021, which ended on September 30 of that year, a total of 838 were apprehended.

Key West and other islands that make up the lower end of the Cayos archipelago are located about 145 km north of Cuba and the recent increase in migration has coincided with a decline in the Cuban economy, which is affected by the reduction in international tourism due to the COVID-19 pandemic.

With information from EFE and Reuters

Cuba upheld the 14-year sentence against trans protester Brenda Díaz, imprisoned in a male pavilion
The Cuban Human Rights Observatory denounced 790 repressive actions in July and an alarming economic and social deterioration
Prisoners Defenders presented a forceful report on religious repression in Cuba: “It is terribly Machiavellian”
The dictatorship of Daniel Ortega in Nicaragua threatens to arrest a bishop: he accuses him of committing “sins against spirituality”
The US urged China to stop the “provocative” military maneuvers blocking Taiwan to reduce tension