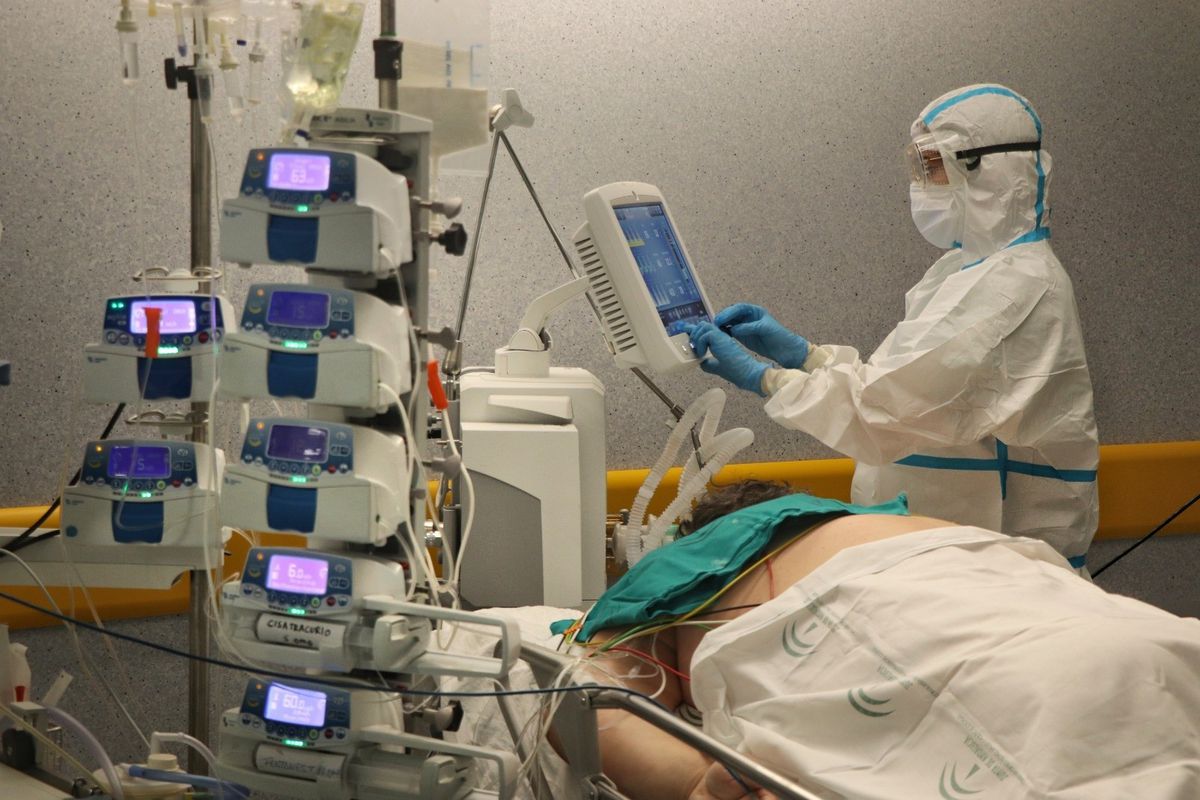 The vice president of the Junta de Andalucía, Juan Marín, stressed this Tuesday the importance of vaccines to fight the coronavirus with an incontestable fact: “72% of the 122 patients who are currently admitted to the Andalusian ICU with coronavirus are deniers. They are people from 50 to 60 years old who have not wanted to get the vaccine ”.

Although the cumulative incidence rate in the community this Tuesday is close to 300 cases per 100,000 inhabitants (there are 298), an indicator that continues to rise for the thirteenth consecutive day, both Marín and the counselor of the Presidency, Public Administration and Interior and Spokesperson of the Government, Elías Bendodo, have insisted that other parameters that in Andalusia do not present problems, such as the percentage of vaccination and hospital saturation, must be taken into account to take restrictive measures. Currently, the 122 patients in the ICU in the region due to coronavirus occupy 6% of the places for intensive care; while the 633 hospitalized (109 more than a week ago) account for 3.48% of the available beds.

The Government spokesman has made it clear that vaccination is the best way to fight the disease: “of the 102 people who have entered Andalusian hospitals this weekend, 64% were not vaccinated. Most of the new entrants, up to 40% are under 40 years old and 85% of them were not vaccinated ”.

Both Marín and Bendodo have stressed that the Government does not rule out taking restrictive measures and closing municipalities with a perimeter rate higher than 1,000 cases “provided that the committee of experts recommends it” whose next meeting will be on the 21st of this month. Although, for now, they will continue with the established plan and will not advance any vaccination group despite the higher incidence of the disease in the 15 to 29 age group.

In Bendodo’s opinion, “the Government of Spain has nothing more important to do at this time than to guarantee the arrival of vaccines.” According to the spokesperson, 470,000 doses have reached the community this week, almost half of the 835,000 received the previous week. “We ask the Government of Spain to move heaven and earth between the European Union and pharmaceutical companies to ensure that the necessary vaccines arrive.” Currently, in Andalusia there are five million people who have received a dose and four million who are already immunized. “But we need more vaccines to meet our goals,” he insisted.

Both have been against altering vaccination plans by age. “We are not going to alter the parameters because it has been proven that the younger the age of the infected, the less likely they are to need hospitalization. Before September, when the course begins, we will begin to vaccinate minors between the ages of 12 and 16 with the consent of their parents ”, added the counselor of the Presidency.