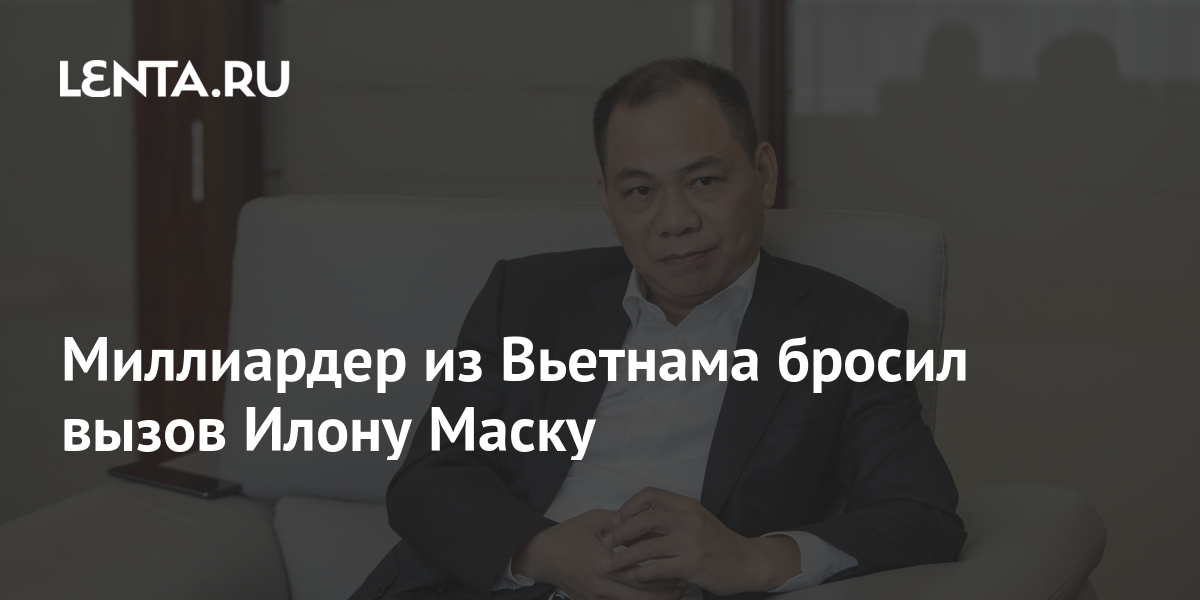 The car company Vinfast, owned by the richest man in Vietnam, Pham Nyat Vuong, is about to challenge the leader in the global electric car market, owned by Elon Musk Tesla, writes Forbes

By March 2022, the Asian automaker will introduce vehicles in the US and Europe. Vinfast has already opened subsidiaries in the United States, Canada, France, Germany and the Netherlands to prepare for the global launch, Vinfast said.

The full lineup will be announced in October, and the two electric models, the VF e35 and VF e36, will go on sale in March 2022. The company was originally going to sell 56 thousand vehicles in 2022, but due to the global shortage of chips, management has reduced the target to 15 thousand.

Vinfast has an ambitious plan to become one of the world leaders in the production of “smart” electric vehicles and to this end hires top managers from the largest representatives of the car market, including Tesla, BMW, Porsche, Toyota and Nissan. For example, Jeremy Snyder, Vinfast Development Director in the United States, held executive positions at Tesla for more than ten years until 2018.

Currently, Snyder is confident that Vinfast has enough technological and manufacturing capabilities to compete with the leading auto brands in the United States.

Earlier it was reported that the carmaker Stellantis, which ranks fourth in the world in car production, will spend 30 billion euros by 2025 on the electrification of cars. The company will build five factories for the production of batteries for electric cars – three in Europe, two in the United States.