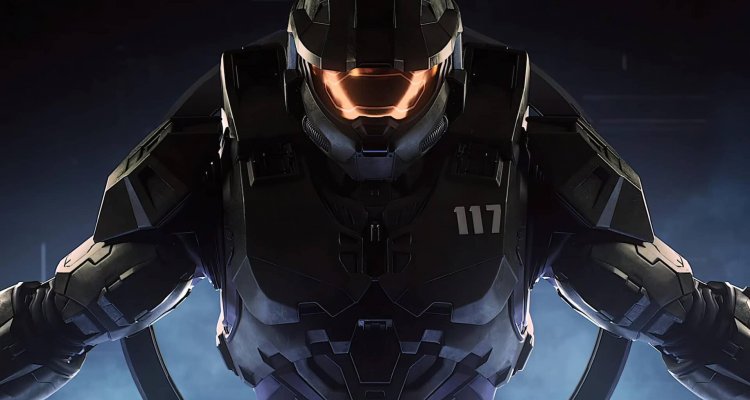 The new (but also the old) owners of Xbox Series S and Series X have a wide choice of free games to download on the store: let’s discover the best ones together!

All users Xbox Series S e Xbox Series X they can boast an extraordinary and endless catalog of games. One of the best things about Microsoft’s next-generation consoles is certainly the total backward compatibility of the new generation of Xbox which makes hundreds of games released for Xbox One available right away.

Among these there are, of course, many video games free to play: one of the most popular economic models of recent years that includes practically every type of game, from FPS to fighting games, passing through strategic and adventures.

Let’s find out in our special i best free games for Xbox Series X | S to try in this 2022!

Set in the same universe as Titanfall, Apex Legends represents a kind of online multiplayer “expansion” of the popular EA title. This is a great FPS in salsa battle royale with great emphasis on weapons and futuristic setting.

The history takes place many years after the end of the wars narrated in Titanfall. Compared to the latter, the dear and old robots are missing and the gameplay has also been slightly modified by eliminating double jumps and running on the walls, giving it a slightly more thoughtful tone.

Given its nature completely free we recommend giving it a chance.

In the vast catalog Xbox there is also space for a free-to-play action shooter such as Warframe, a title by the Canadians of Digital Extremes already co-developers of major video games such as Unreal Tournament, Bioshock, Homefront and The Darkness 2.

The experience gained in the sector has generated a good free title with different strengths which, if played in matchmaking, manages to give many hours of fun, also thanks to the continuous updates (including technical ones) to which it is subjected. Its nature completely free makes it an experience to try.

In recent years it has been able to achieve such great success that it has recently become free to play: Rocket League is a hilarious and out of the ordinary game that mixes car driving with soccer. The rules are more or less the same: the player who scores the most in the opponent’s goal wins.

What changes is that instead of the players there are machines that have to push the ball into the net. It is played in teams with many modes, customizations and stadiums to choose from. Rocket League it is also a game cross platform which allows you to face friends on other consoles and PCs.

There is no need for many introductions when it comes to Fortnite. The Epic Games game represents a real revolution in the free to play field, especially thanks to its mode battle royale that everyone knows well by now.

Fortnite is one of the most supported, updated and played video games in the entire videogame panorama and for this reason it certainly deserves a chance on the part of all shooter and multiplayer fans online.

the microtransazioni existing within its ecosystem are purely aesthetic and do not affect the chances of winning in matches.

In November 2021 it came out on Xbox Store the multiplayer of the new Halo Infinite: it was a new mode of publication for the series, since this component has arrived in format free to play. This means that the competitive part of the latest 343 Industries effort is accessible to all Xbox Live subscribers regardless of whether they have purchased the base game.

This is not a demo or a portion of the game, but the entire multiplayer sector of Halo Infinite complete with all the modes, options, customizations and maps. This choice, which follows the same one made by Activision with Call of Duty Warzone, allowed the Microsoft FPS to quickly become one of the most followed and played on the net (it is also cross platform with the PC). The game “lives” on microtransactions to customize your soldier, weapons and other aesthetic options.

We just mentioned it in the previous paragraph and for this reason we insert it in our collection of the best free to play games to play on Xbox: we’re talking about Call of Duty: Warzone Pacific, the new incarnation of Activision’s free first person shooter.

Over time the famous battle royale has been able to transform, evolve and increase the game maps to become a real complete game. Modes, options, customizations and much more are one of the strengths of this game, along with the stunning graphics that go on Xbox Series S e Xbox Series X becomes even more fluid and detailed.

There are not only shooters and battle royale in the huge Xbox free to play catalog. One of the first games released on the first Xbox One was, in fact, Killer Instinct, a reinterpretation of the old glory of the 90s developed by Rare which was one of Super Nintendo’s biggest hits with nearly 4 million copies sold.

The latest incarnation of the fighting game Microsoft is a free to play trial with a partial roster, it is in fact possible to buy the full version that allows you to choose from a much wider selection of fighters. However, it remains a very valid game after so many years.

We include in our top 10 of the best free-to-play games to play on Xbox in this 2022 also Splitgate, a particular first-person shooter that has the peculiarity of allowing the player to control dimensional portals very similar to those already seen in Portal (masterpiece of Valve released a few years ago now).

Graphic sector and “pad in hand” sensations are quite standard and do not reach the heights of other video games, but the possibilities that are created with the opening of portal make it a fun and often unpredictable title.

If nothing else, give it a chance, also because it costs you nothing to do it!

After an endless beta phase that began as far back as 2016, after a couple of years Paladins, a shooter, was released on all digital stores. team multiplayer produced by the American software house Hi-Rez (former author of SMITE). The nature of Paladins it is actually hybrid: it is a title halfway between an FPS and a MOBA with the “wild card” of the use of customization cards.

The gameplay is that of any classic arena shooter (Unreal, Quake III, etc …) with the necessary simplifications and without advanced attack / defense tactics. Paladins is still a lot of fun and enjoyable together with friends in fast and frenetic online multiplayer battles.

The creators of Halo, after a brief spell in Activision, are back independent after the release of Destiny 2. The second incarnation of this MMO shooter over time has been made partially free to play, something that makes it one of the most played titles and loved ones in the whole ecosystem Xbox (and not only, of course).

Destiny 2 is a first person shooter that closely remembers what the authors have already experimented with Halo, but with its own and well-defined characteristics, much closer to an online role-playing game. To access the latest content, such as the upcoming Queen of Whispers, you need to purchase their license, but the free portion is large enough to guarantee hours of fun and get into the spirit of the work.