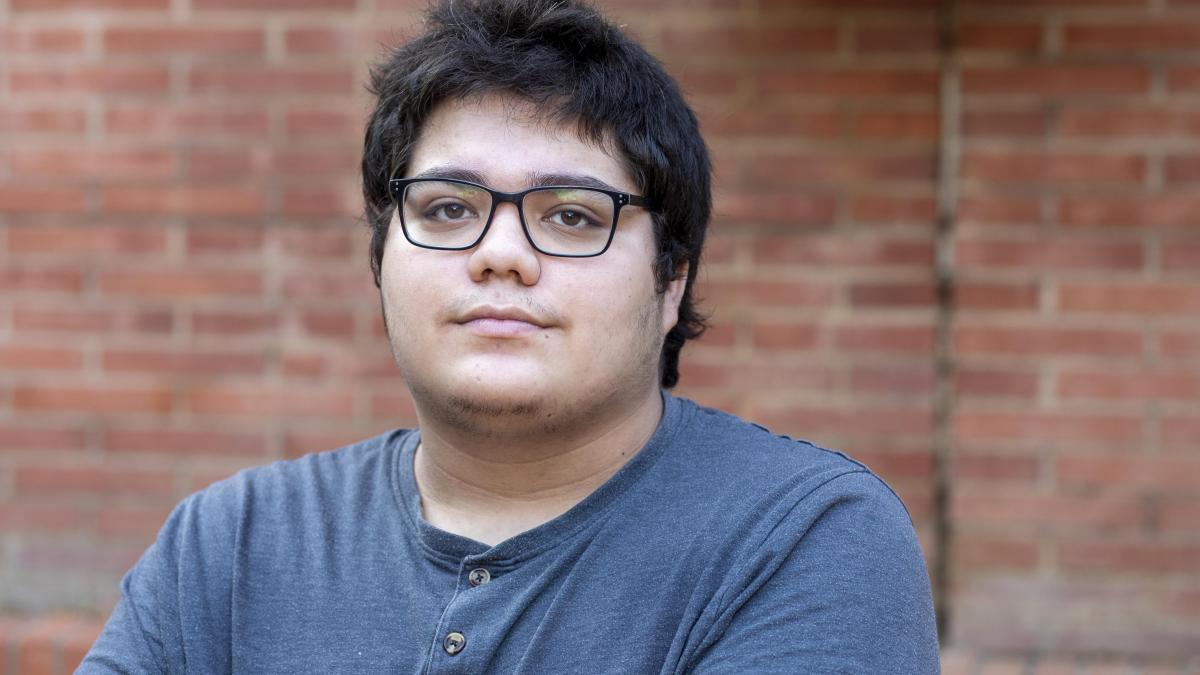 The battle of a young man with epilepsy to study Medicine

“The other day was very special for me: I went to my first concert!” says Jonatan Sven Torokovas Cameán, whose father is of Russian origin and whose mother is Catalan with Galician roots. He will turn 19 on September 30. Since his birth, a premature baby with a special type of epilepsy that was slow to be diagnosed, his life has been an obstacle course. That is why a simple concert is so important to him.

A concert! What to say then about the Medicine studies that will begin in September at the Bellvitge campus of the University of Barcelona (UB). Jonatan illustrates the importance of the law being complied with and not remaining a dead letter due to lack of budget. Only then can battles be won. Thus and with a constant sacrifice, like his and his parents’, who fight the unspeakable to assert his rights.

The inclusive school decree, approved in Catalonia in 2017, guarantees in theory that all schoolchildren with special educational needs can study in ordinary schools. Although much progress has been made, funding difficulties have hampered the implementation of the standard. “And if that happens today, imagine what happened before it came into force,” explains Jonatan’s mother, Sesa, who confesses to having “a broken soul.”

Refractory epilepsy, Jonatan’s, causes convulsions that can be virulent (as a child he broke a McLaren brand cart in one of those episodes). Seizures lead to loss of consciousness, followed by hours of drowsiness or deep sleep. It is a chronic disease that causes daily attacks (on the afternoon of the report, Jonatan recovered at 6:00 p.m., 60 minutes before the meeting).

The couple, who have a daughter a year younger, Katia Hayley, a health assistant in a nursing home, has gone out of her way for her and her brother. Jevgenijus, the father, 47, “working piecework as an electrician and plumber.” And Sesa, the mother, 42, becoming “a caregiver from dawn to dusk, 365 days a year.” Before continuing, Sesa asks for one thing: “Say that we are happy, that despite everything we are happy”.

Holding on to happiness is often a basic measure of self-protection. Jevgenijus and Sesa tried to make Jonatan feel like just another child, even though he had no friends, he never received birthday party invitations and the ones he sent went unanswered. A mother once asked Sesa. Is what your son has contagious? She answered. “And the stupidity and lack of empathy? Are they contagious?

And then there were the schools, the requests – tacit at first, explicit later – to take the little one to another center, to a special education school “where he will be better”. The family lived in Balaguer (la Noguera, Lleida). His son went through three schools until for the first time in his life they gave up and accepted that he receive home education, with a teacher who came to his house six hours a week.

Jonatan lost his stoicism, his smile and the will to fight. And that is terrible for someone who has to fight and win a battle every day. “We can’t go on like this,” his parents said to themselves, who looked for an ordinary center that would accept him and make room for him. They found him in Tordera, (Maresme, Barcelona) where they moved to live. the cloister solo He put one condition on them: his mother had to be around while he was in class.

Sesa became a shadow of the Tordària institute. She wasn’t there in case she had a seizure. She was there for her when she had him. She supplied him with the rescue medication, Stesolid. The drug has now been replaced by another easier to apply, Buccolam, an oral solution that is administered in a syringe, carefully introducing it into both corners of the mouth, between the inner part of the cheeks and the teeth.

Being chronically ill costs a fortune

Refractory epilepsy is a chronic disease that requires the families of patients to a considerable medical expense. The problem is aggravated because the care needed by the sick forces one of the parents, usually the mother, to stop working outside the home to dedicate herself exclusively to caring for her own. It is the situation of Sesa.

She had a job as an administrator that she had to give up due to hospital admissions and her son’s relapses. She heard more than once: “We hired you, not your problems.” She changed her office job for that of a clerk and greengrocer on Saturdays, in the confidence that she would be able to combine her family’s day-to-day life and her work life, but she also had to end up resigning.

With a single salary, she and her husband have sometimes turned to friends and relatives. They are jugglers to pay for their son’s drugs. Among others, she takes one every day that costs more than 25 euros with a prescription. In theory it is for those under 18, but it is the most effective for him. A law approved last January that minors with disabilities were exempt from the health copayment.

However, this family only benefited from this fleeting gratuity for a few months, until September, when their son came of age. Sesa estimates that they have money left for all their medical needs until the end of the year. What will happen next? “We will sell the car.” And then? “We will sell everything we can.” And what will happen if even then they do not arrive. The answer is irreproducible, but it looks a lot like the end of The colonel has no one to write to himby Gabriel Garcia Marquez.

If the center had had a school nurse, this mother would not have had to give up so much. This is what decree 150 of October 17, 2017 proclaims, which seeks the same as her: to promote inclusion and facilitate the path for all students, “particularly those who have more difficulties.” At least on paper, the “school for all” guarantees personalized attention and equal opportunities.

Miracles do not exist. There are mothers like Sesa, who says of him, although she could say it of herself: “They wanted to cut his wings and they couldn’t.” Jonatan finished ESO in Tordera and then wanted to do a middle grade and a higher grade in the health branch of FP in Calella. Yes, but how. Again with the escort of his mother? The family gave an ultimatum to the Department of Education and threatened to go to court.

What seemed like a chimera was then solved from one day to the next: the Generalitat would mobilize a health assistant. There were four, Óscar, Iván, Carlos and Pablo, who took turns helping him and other students with special needs. Jonatan has only five friends: three are from childhood and the others are two of those guardian angels, Carlos and Pablo, who accompanied him to his first concert, and not because of work.

The family has moved their residence again, now to Calella. The Freta institute in this town in the Maresme was the last pre-university stage of our protagonist. The studies that he carried out there as an auxiliary nursing technician and oral hygienist opened the doors of the university for him through the 5% of places reserved for people with disabilities. You had to have, however, a good record.

Would he make the cut or not? Everyone at home was very nervous. The list of admissions would not be known until July 13, but the day before a friend called them, the TV3 journalist Àgata Fàbregas, who has also dealt with this story of overcoming, to provide them with a link to a website where they could already leave Doubts. “It took us three days, which we spent crying with happiness, to assimilate so much joy.”

Jonatan would like to be like Dr. Pardos Rocamora, who was his pediatrician, or like Dr. Sanmartí Vilaplana, his pediatric neurologist. Why? “Because they have a sense of humor and they don’t deal with sick people, but with patients. Because where others see people with disabilities, they just see people.” Sesa sighs and says: “If my son finally can’t finish Medicine, society will lose a great doctor”.

Will this battle end like Austerlitz or like Waterloo? Will the UB’s integration programs and tutorial plans be enough for such a special student? Is Jonatan’s only goal to study? Or also pave the way for those who come after? “Both things,” admits his mother, who regrets the damage that words can do. “This child does not paint anything here,” they told him at a school.

When they found out that Jonatan was going to college, Sesa and her husband thought it was worth it. The sacrifices. The strenuous working hours to pay for medicines (sometimes from 6 in the morning to 11 at night). Moving (“Where will we live?” “Wherever they want our son”). The need for Katia, the little one, to be the older sister… Everything has been worth it, no matter how the story ends.