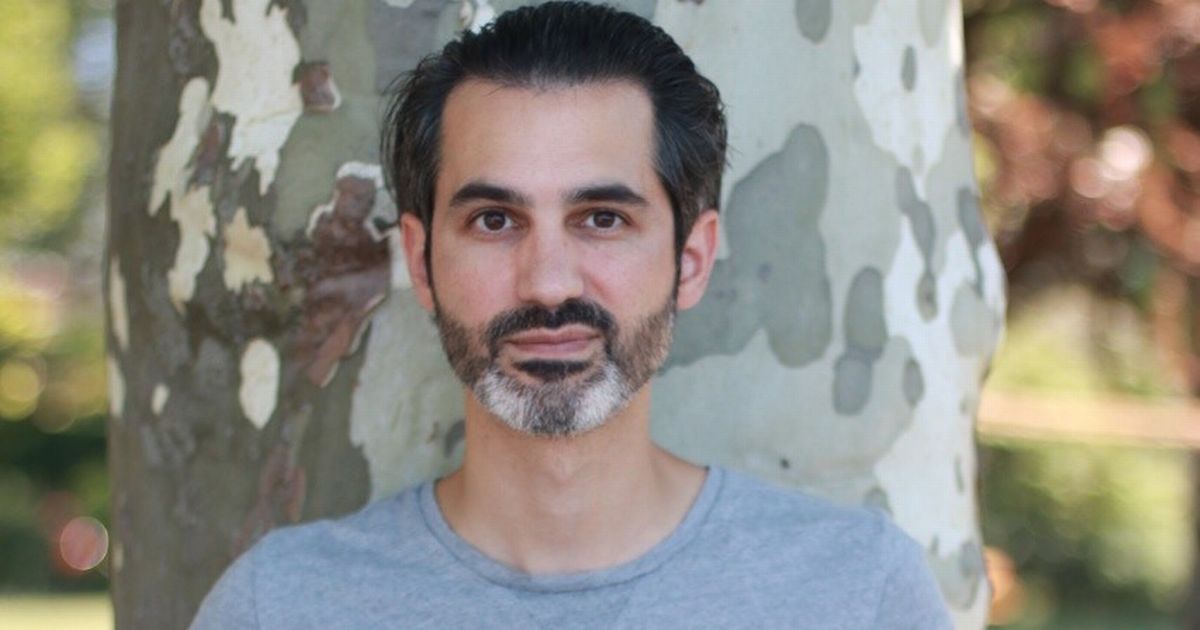 “The bark of the lamppost”: the antagonistic couple of Vincent Gilloz – rts.ch

The Swiss writer Vincent Gilloz published in June his first novel, “The bark of the street lamp”. Written in the style of an interior monologue, the text tackles the question of friendship in poetic language.

At first glance, the manuscript of Vincent Gilloz’s “L’écoque du reverbère” is disconcerting. Very little punctuated, it offers four different language formats. Parts written in italics, others in quotation marks, passages in verse and prose. This gives a very singular, disparate whole and then, as the story progresses, the language becomes one. It’s a single voice that speaks and then we hear a kind of interior monologue, like a word not yet declaimed, buried: a long thought before being articulated.

As a teenager, Vincent Gilloz wrote rap and chanted it. Growing up, he was passionate about literature, he studied French and philosophy at the University of Lausanne. And then very quickly poetry grabs him and he deepens his love of words with a work of memory on the poetic work of Charles Baudelaire. “The bark of the lamppost”, his first text, is inspired by a photo taken on the outskirts of Lake Geneva in Nyon: a plane tree sealed to a lamppost. A couple that everything opposes, and it is there, between sap and metal, between nature and human fabrication, that Vincent Gilloz imagines a poetic story of duplicity and friendship.

From the editorial enigma to Editions des Sables

In the smoky, underground atmosphere of the bars, at night, two friends, Igor and the narrator (his name is never given) cross paths. Igor writes poems: “Prégnance”, “Infini regard”, “Periscope”, “Deliquescence” and many others. One day, the young poet offers them to his friend accompanied by a special request: to find a publisher. The narrator, intrigued, accepts. He sends Igor’s poems to many publishing houses and a famous publisher calls him back.

See also  Roger Balduino and Beatriz Marino / Are they back together after the Island of the Famous 2022?

From there, the story changes. The narrator, trapped by his own lie, can no longer get rid of it. He makes the publisher believe that these writings are his. Reality is unraveling and the narrator himself will begin to believe in the paternity of these poems…

The text “The bark of the lamppost” has had a singular editorial destiny which finds an echo with the very theme of the novel. The French Grasset edition identifies and recognizes the particular tone of the novel, its bewitching atmosphere and its innovative language which bursts the border between novel and poetry. Despite all its qualities, the experimental side is not unanimous, the manuscript is therefore refused although strongly noticed. On the other hand, the director of Editions des Sables, Huguette Junod, is not shy!

She immediately publishes this nugget which she describes as a “literary UFO” (a term renamed by the author himself to “OLNI”). A singular language, a unique tone, that’s what we remember from editorial feedback and isn’t that basically the dream of every writer? Like Proust who said that “beautiful books are written in a kind of foreign language”, the young Swiss author confides to the RTS with passion and lucidity: “I try to produce something that is authentic, intimate and universal. Basically, the ambition for a writer is to find a voice of his own, which is intimate enough to be unique and at the same time deep enough to be universal.” Unanimously, “The bark of the lamppost” is singular… It is therefore possible to affirm – without any doubt – that Vincent Gilloz’s ambition has been greatly achieved!

“The bark of the lamppost”, Vincent Gilloz, Editions des Sables