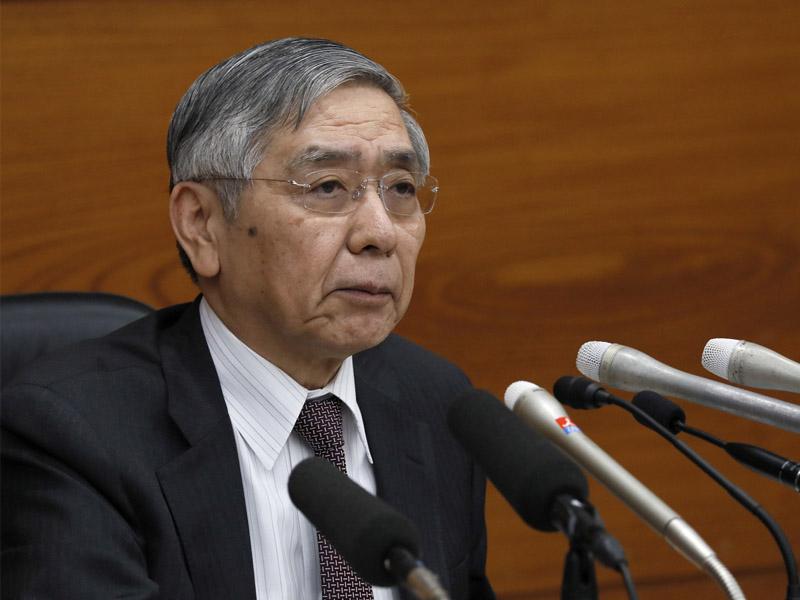 The Japanese central bank is now counting on a 3.8% rebound in Japanese gross domestic product in 2021/22 (median figure), against a 4% increase expected at the end of April.

The Bank of Japan slightly lowered its growth forecast for the country for the 2021/22 fiscal year on Friday, against the backdrop of an upsurge in the Covid-19 epidemic, and presented the outlines of its future financial mechanism against global warming .

The Japanese central bank now expects a rebound of 3.8% of the Japanese gross domestic product in 2021/22 (median figure), against an increase of 4% expected at the end of April, according to a press release.

Among the risks to economic activity, the BoJ unsurprisingly cited the impact of Covid-19 in Japan and abroad first.

The capital Tokyo, which will host the Olympics behind closed doors from July 23, has been placed in a state of emergency since Monday and until August 22. This device weighs in particular on bars and restaurants, forced to close earlier and asked not to serve alcohol.

“The downward pressure on the Japanese economy is likely to increase due to the spread of Covid-19, including variants,” noted the BoJ.

“On the other hand, if the deployment of vaccination accelerates and a demand for catching up for the consumption of services materializes in an anticipated way, economic activity could improve more than expected,” he said. monetary institution.

In the short term, the evolution of consumer prices in annual variation should remain “around 0%”, in particular because of the recent drop in mobile telephone prices in Japan, according to the BoJ.

But inflation is expected to gradually accelerate as energy prices rise and economic activity improves.

The institution on Friday left its monetary policy unchanged, characterized in particular by a negative rate of 0.1% on bank deposits with it and its unlimited buybacks of Japanese government bonds to keep their ten-year yield around 0 %.

The BoJ also presented on Friday the outline of its future financial tool for the climate that it had announced by surprise last month, which is to be put in place this year, for an expected duration of ten years.

In this way, the central bank will offer zero-interest financing to credit institutions which themselves finance economic players engaged in projects for the environment, for example via green bonds.

Banks that use this tool will be rewarded by the BoJ insofar as it matches part of their liquidity deposits with it at an interest rate of 0%, instead of applying its negative standard rate. (-0.1%).

The BoJ thus joins the club of monetary institutions that have integrated the fight against global warming into their programs, such as the European Central Bank (ECB) and the Bank of England.

However, some economists considered this new BoJ tool less ambitious than expected. Many of them thought that it was going to offer a small bonus, like a positive rate of 0.1%, to the banks that were going to play the game.