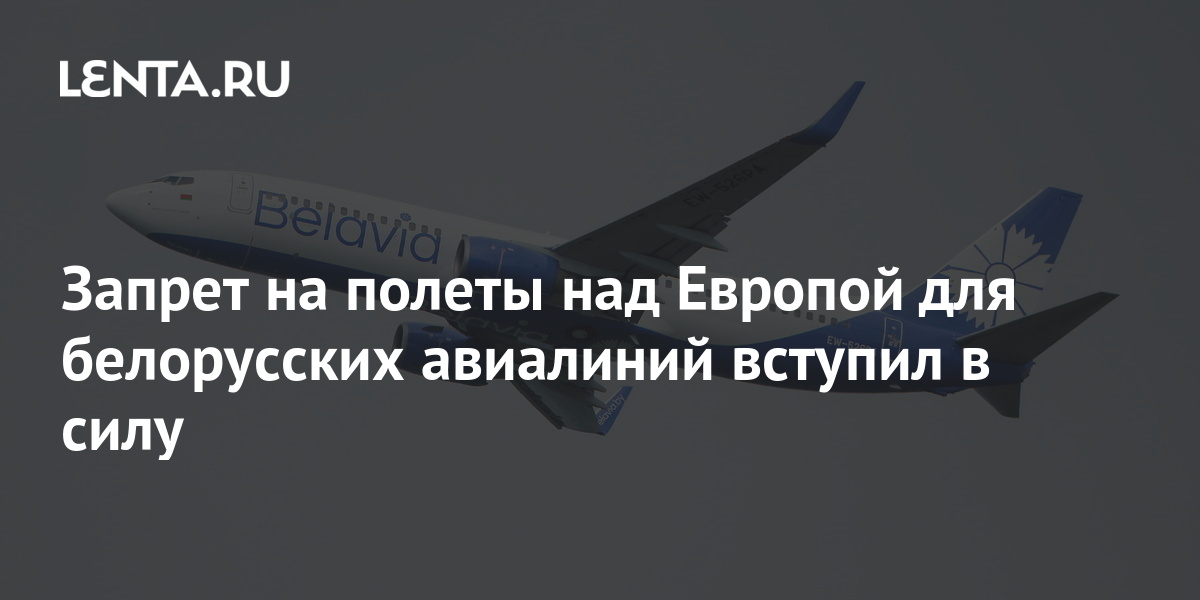 On the night of June 5, a ban on the use of EU airspace by Belarusian airlines and their admission to European airports came into force. It is reported by “Interfax”.

The corresponding decision of the Council of the European Union was announced on Friday. According to the document, the EU member states must deny Belarusian planes the use of their airspace, as well as permission to land and take off from their territory. At the same time, it is noted that this prohibition “does not apply to cases of the need for an emergency landing or emergency overflight.”

Earlier, the European Union banned European airlines from flying over Belarus after the incident with a Ryanair plane at Minsk airport on 23 May. Then the liner, following the route Athens – Vilnius, was forced to land due to the message about the bomb. Immediately after landing, Roman Protasevich, an oppositionist and creator of the NEXTA Telegram channel, was detained. In Belarus, he is accused of creating an extremist group and calling for riots after the presidential elections in August 2020.

See also  The climate is changing too fast. And that's not a good thing