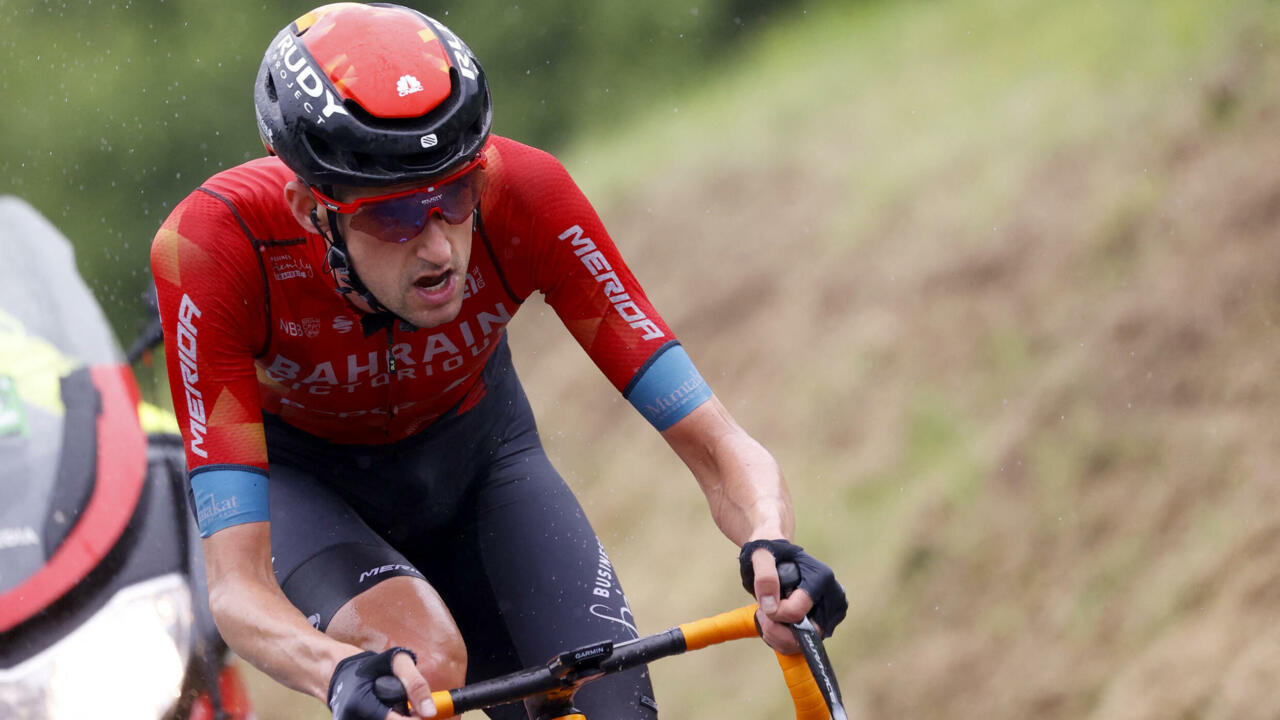 The Bahrain Victorious cyclists’ hotel was raided overnight from Wednesday to Thursday in Pau, before the 18th stage of the Great Loop.

Are the old cycling demons back? A search was carried out on the night of Wednesday 14 to Thursday 15 July in Pau, in the hotel of the Bahrain Victorious team, which is currently participating in the Tour de France.

This search was carried out by the gendarmes of the Central Office for the fight against attacks on the environment and public health (Oclaesp).

According to the newspaper L’Équipe, the investigators carried out a thorough search of all the vehicles of the formation as well as the rooms of the riders and their staff. Several team members’ computers were inspected and many documents were seized.

Barhain Victorious confirmed in a statement the presence of the police officers Wednesday evening at his hotel in Pau. The team explained that they had collaborated “in a professional manner” regretting that the operation had disrupted “the rest of the runners and the planning of meals while, as a professional team, the well-being of our team is a key priority “.

The riders of the cycling team are nevertheless authorized to take the start of the 18e stage Thursday, between Pau and Luz Ardiden.

A team that keeps performing

Bahrain, irresistible since May, occupies the first place in the team classification of the Tour de France. She won two stage victories on the Grande Boucle. Slovenian champion Matej Mohoric won in the 7the, stage on July 2 at Le Creusot, and his Belgian teammate Dylan Teuns followed suit the next day in the 8e stage, in Grand-Bornand.

Their teammate Sonny Colbrelli, Italian champion with a sprinter profile, was illustrated during the 9e stage, in the high mountains in Tignes, taking third place in front of a good number of climbers.

Another runner from Bahrain, the Ukrainian Mark Padun, surprised by winning the last two stages of the Dauphiné, in the mountains, in early June. The team also shone on the Giro, where Italian Damiano Caruso took the 2e like the end of May.

Bahrain is one of nine teams participating in the Tour that are not part of the Credible Cycling Movement, launched in 2007 on a voluntary basis. The MPCC, at the forefront of anti-doping, asks its members to respect stricter rules than those in force.

Among the nine non-members are several of the best performing formations of the peloton, among others UAE, whose Slovenian leader Tadej Pogacar wears the yellow jersey, Ineos, Jumbo and Deceuninck as well as BikeExchange, Astana, Movistar and Trek.

Bahrain, a team created in 2017 and qualified in its first year in WorldTour (first division), is responsible for the Slovenian Milan Erzen. His name was mentioned on the occasion of the Aderlass blood doping case for which two of his compatriots reporting to the team, a sports director (Borut Bozic) and a runner (Kristijan Koren), were suspended by the International Cycling Union (UCI).