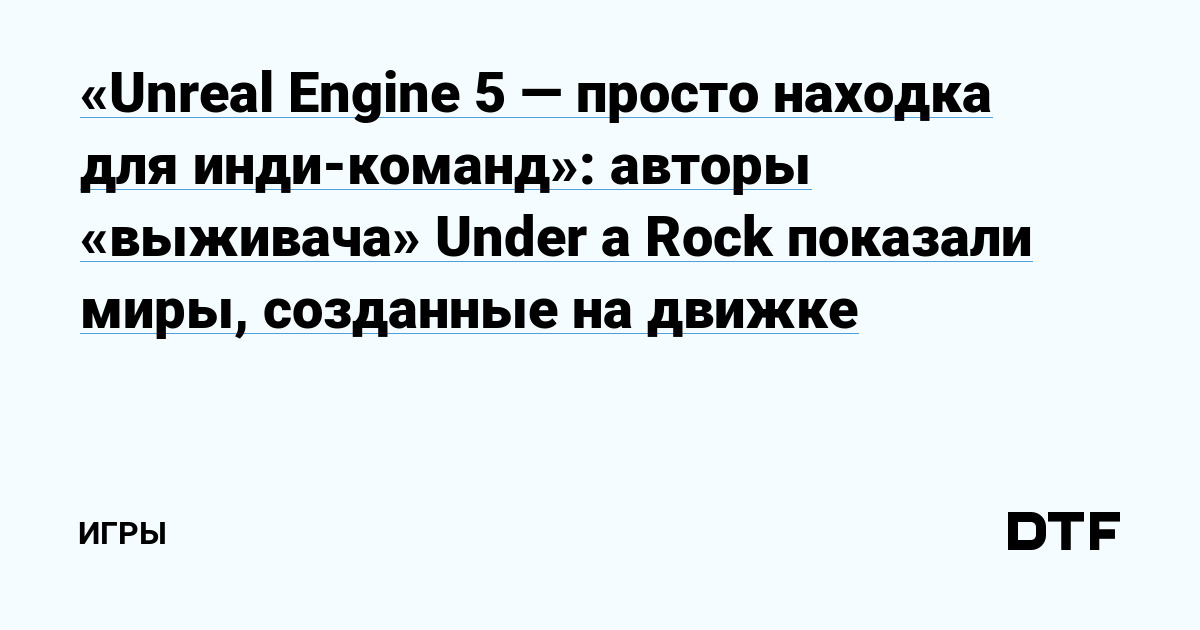 According to the developers from the Nordic Trolls studio, UE5 has greatly simplified the process of creating a game.

The developers of the “survivor” Under a Rock for the first time demonstrated one of the many worlds from their game, created using the method of procedural generation. In the video, the authors, among other things, showed how the heroine moves through the forest, the desert, the coast and in the location next to the volcano. According to the developers, the area of ​​the presented world is 64 square kilometers.

The Nordic Trolls studio emphasized that this location is just one of the many that will appear in the game. The authors of Under a Rock create them using their own procedural world generator, which they integrated into the Unreal Engine 5 environment as a plugin.

The developers separately praised the Epic Games engine, noting that it greatly simplified the optimization of the generated worlds compared to UE4. Nordic Trolls called UE5 a godsend for small indie studios that don’t have the resources that large companies do.

Under a Rock is a survival action game that can be played alone or in a group of up to ten people. In the story, players explore an alternate world in which evolution has taken a different path: wild animals are gigantic, Neanderthals still exist, and curses are real.

Under a Rock will first release on Steam Early Access, but it’s unknown when that will happen.