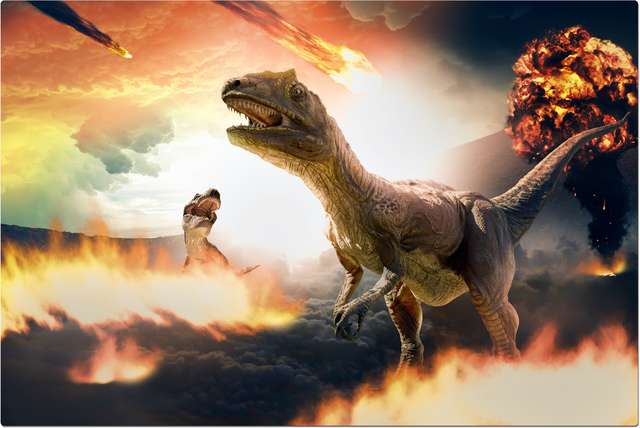 In 2018, scientists suggested that the impact of the asteroid that killed the dinosaurs 66 million years ago had resulted in a gigantic tsunami with a wave of more than 1,500 meters high (see our previous article, below). They then relied on computer modeling. Today, a new study provides the first physical proof of this cataclysmic tsunami: huge “ripples” on the ocean floor where the tsunami was formed.

The Deepest Wrinkles Ever Recorded on Earth

These wavy lines, buried in the sediments of what is now central Louisiana, were recorded by seismic surveys from an oil company operating in the area. By examining the images, researchers at the University of Louisiana at Lafayette found “wrinkles” spaced a kilometer apart and measuring on average more than 16 meters high, or “ the deepest wrinkles ever recorded on Earth “. According to Gary Kinsland, lead author of the study published in Earth & Planetary Science Letters, the orientation of the waves is perfectly compatible with the impact. The tsunami would have been so powerful that it would have “scraped” the seabed for hundreds of kilometers, leaving an indelible scar, then covered with debris related to the crash. After the initial giant wave, the tsunami would have continued for days, with waves hitting the coast back and forth and accentuating the ripples.

This new study is added to the puzzle gradually reconstructing this terrible event. In 2019, researchers reported the presence of a fossil site in North Dakota 3,000 kilometers from …