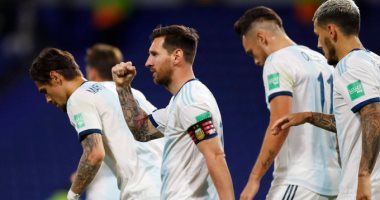 The Argentine national football team announced, this evening, Sunday, that it will not reside in Brazil during its participation in the next edition of the Copa America, which will be held from July 13 to July 10.

The Argentine national team stated, in its statement through its official account on the social networking site “Twitter”, that it had obtained a permit to use its headquarters in the Ezeiza region of the capital, Buenos Aires, during the Copa America, adding that Tango is committed to the mandatory arrival in Brazil before each match is held a day.

Argentina is in Group A in the Copa America alongside Uruguay, Paraguay, Chile and Bolivia.

In the same context, the Argentine Football Association announced, today, Sunday, through an official statement, on its website, its participation in the Copa America 2021, which will start next Sunday, in Brazil with the participation of 10 teams, after it could not be held in Argentina and Colombia due to the Corona pandemic crisis. .

“The national team will travel to Brazil to play in the continental event, the entire Albiceleste staff will work together to overcome this ordeal that unfortunately affects all South Americans equally,” a statement from the Argentine Football Association read.

With this decision, the Argentine Federation ended the controversy over the possibility of apologizing for participating in the tournament, in light of the desire of most of the players of the participating teams not to play; Due to the large spread of the Corona virus in Brazil, the host country.