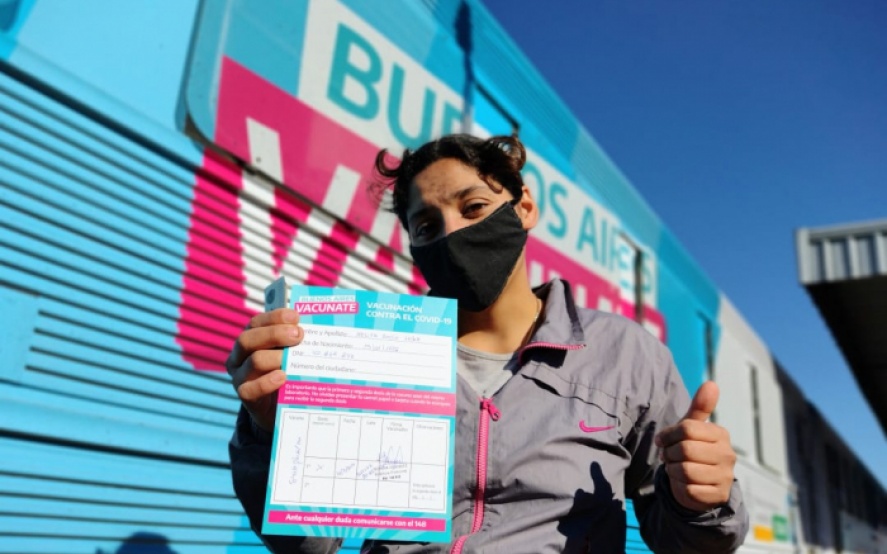 The scientific body of the Argentine Society of Medicine, the Argentine Journal of Medicine, validated with its June publication the study by the Ministry of Health of the Province of Buenos Aires that confirms the safety of the Russian vaccine Sputnik V.

In this investigation, which was the first carried out outside the Russian Federation, it was demonstrated that, in Buenos Aires territory, there were no deaths related to this vaccine, and that most of the post-vaccination events were mild, such as fever, headaches and pain. in the application area.

One of the researchers from the Ministry of Health of the Province who signed the work, Yamila Comes, explained the importance of this publication by pointing out that “scientific evidence is only recognized as such once it is published by specialized magazines.” And he added that generating this type of evidence makes it possible for other researchers to cite the work and make comparisons with what happens in other populations. He added that “this type of journal validates scientific knowledge because, before publishing an investigation, they carry out a scientific review of all the work to verify, among other variables, the correct application of the chosen method.”

The work carried out by researchers from the Ministry of Health led by Daniel Gollan showed that the Events Supposedly Attributable to Vaccination or Immunization (ESAVI) in the case of the Sputnik V vaccine are mostly mild. Among the most frequent are fever (47%), headaches (45%), myalgias and arthralgias (39.5%) and pain (46.5%) and swelling (7.4%) in the area where the injection.

The objective of the Buenos Aires investigation was to describe the occurrence of ESAVIs notified to the Integrated Argentine Health Information System (SIISA) after the application of the Russian vaccine against COVID-19 in the province of Buenos Aires since December 29, 2020, campaign start day, June 3, 2021. In that period, 2.8 million doses of Sputnik V vaccine were applied; 1.3 million from Sinopharm and 0.9 million from Covishield / AstraZeneca with a severe ESAVI rate (product related) per million applied doses of 0.7; 0.8 and 3.2 respectively. The investigation of each ESAVI involves classifying it according to a series of categories established by the WHO and PAHO.

Of the 125 serious ESAVIs registered, none were due to programmatic errors, that is, related to the vaccine management process (such as, for example, incorrect administration or inappropriate use of supplies) and only 6 – derived from the application of The three vaccines applied so far in Buenos Aires territory were directly related to the product, generating allergic reactions from which the vaccinated recovered completely. It should be noted that there were no deaths related to the Sputnik V vaccine.

Most (54.4%) of the ESAVIs were classified as “events coinciding with the vaccine”, which means that although they occurred after its application, it was proven that the event constituted a disease of another origin. In conclusion, according to the study by the Ministry of Health of the Province of Buenos Aires, a profile with a low number of serious events and good safety is observed in the Sputnik V vaccine based on the ESAVIs reported.

TO ACCESS THE PUBLICATION OF THE ARGENTINA MAGAZINE OF MEDICINE ENTER THE FOLLOWING LINK: http://www.ms.gba.gov.ar/sitios/media/files/2021/07/Revista-Argentina-de-Medicina-Vol- 9-N2-June-2021.pdf