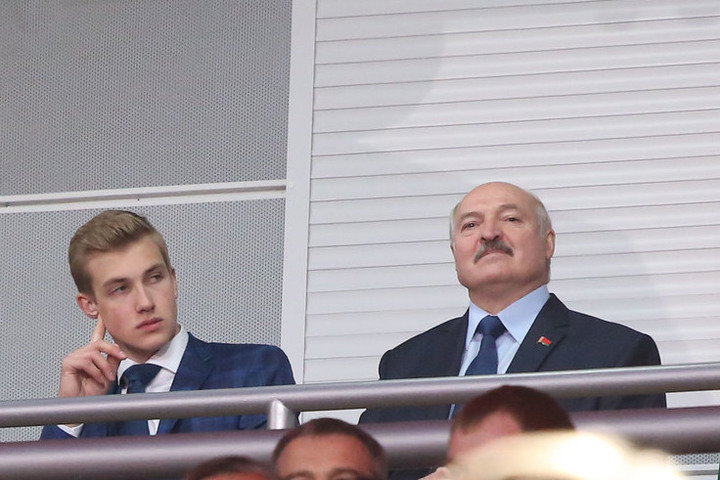 The alleged place of study of Kolya Lukashenko, who graduated from school, has been named

Apparently, he will not go to Moscow

The youngest son of the President of Belarus Alexander Lukashenko, Nikolai, graduated from high school this year. There were rumors that a graduate could continue his education in Russia, but a lot says that 17-year-old Nikolai will still receive higher education in his homeland.

The day before, on June 16, Alexander Lukashenko held a meeting with Education Minister Andrei Ivanets and Health Minister Dmitry Pinevich.

The meeting was also attended by the rector of the Belarusian State University (BSU) Andrei Korol and the dean of the biological faculty of the university Vadim Demidchik, the press service of the President of Belarus reported.

The purpose of the meeting was to discuss issues related to the organization of entrance exams to universities. The graduate’s father admitted that the topic of centralized admission to Belarusian universities worries him so much that he cannot sleep because of it.

“This issue worries me all the time. To be honest, I can’t sleep because of this CT (centralized testing. – “MK”), to what extent it corresponds to the level that we need when selecting the best guys for universities,” Lukashenka said.

This meeting and the presence of the Dean of the Faculty of Biology of the Belarusian State University supported the version that Nikolai Lukashenko could become a student of this faculty.

However, the president himself explained the invitation of the King and Demidchik by the fact that they had previously been engaged in a “specific method” of selecting students.

“We tried (you were also involved in this specific method, we won’t name it yet) to select the best guys so that they could be engaged in the relevant sciences. First of all, biological, related to healthcare, science, and other developments,” the head of the republic said.

By the way, Lukashenka previously did not particularly hide the fact that his youngest son gravitates towards biology and chemistry. He, in particular, spoke about this at the beginning of the year in an interview with Russian TV presenter Vladimir Solovyov.

Earlier, there were rumors that Kolya Lukashenko’s student years could pass in Moscow. It was noted that in the Russian capital he could study as a diplomat. However, this information was not officially confirmed by either the graduate or his father.

Photo of Kolya Lukashenko, who graduated from school, made me remember his problems