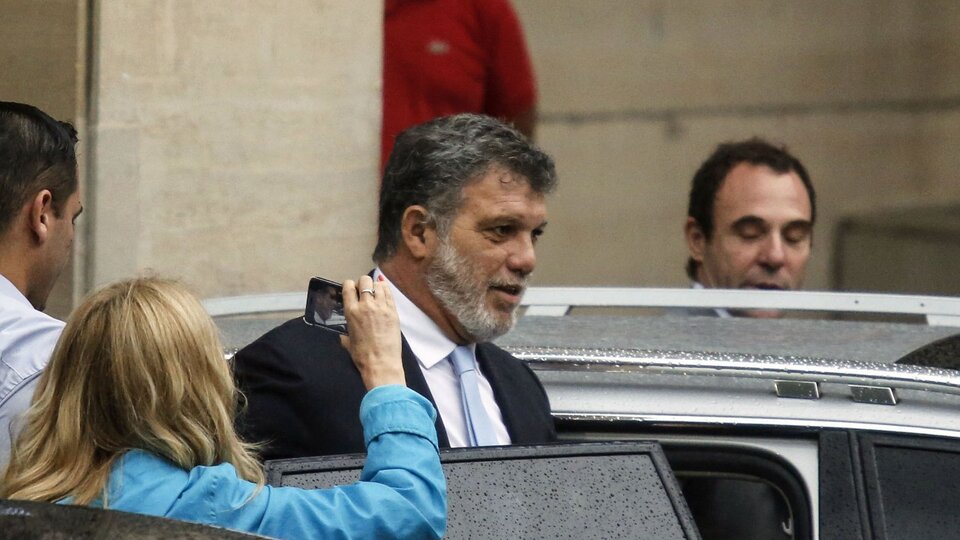 The 35 million dollars that Gianfranco Macri laundered in 2017, when the government of his brother Mauricio created that regime for the declaration of hidden funds abroad, were not all his own. About two-thirds of them about 23 million dollars, belonged to their mother, Alicia Blanco Villegas, whose assets were prohibited from participating in money laundering by express prohibition of the regime itself. The AFIP detected this irregularity and is preparing the complaints to which the irregular money laundering will give rise, for tax and criminal offenses. In addition to the author of the money laundering affidavit being compromised, due to an attempt to deceive the tax authority, the existence of the trust of which Franco Macri’s widow and Mauricio’s mother is the owner was also exposed, for an undeclared millionaire amount. It could be the thread from which to go in search of other hidden assets in fiscal lairs and financial sewers of the planet.

The information crossings carried out by the AFIP on the available databases allowed to determine the existence of irregularities in money laundering, in which the presentation of Gianfranco Macri reaches scandalous edges. In this case, the attempt to launder assets belonging to a firm located in the British Virgin Islands, Reata Pacific Ltd. This company in turn has a parent company, Quiñel Trust, incorporated in Liechtenstein, under the name of Alicia Blanco Villegas.

But it turns out that the law of the 2017 regularization and externalization of assets regime, money laundering, should have included the prohibition of the participation of public officials, their parents, children and spouses. The “brothers” got away, after Cambiemos restricted the broader criterion of proscription that the deputy for the Front for Victory Axel Kicillof had proposed (it reached relatives in the fourth degree of kinship).

See also  Last year there were 4.5 million part-time people in the Netherlands | NOW

The legal opinion of the AFIP

When it was detected that the presentation of Gianfranco Macri included, among the assets that he asked to launder, an asset whose real property was Alicia Blanco Villegas, the AFIP asked its legal experts to analyze the case in particular and prepare an opinion in relation to two specific issues:

The response given by the legal opinion of the AFIP specialists to the first consultation was that “they were not authorized”.

According to the legal areas of the AFIP, only the direct beneficiary of a trust could launder it as part of their assets. In this way, when verifying the requirements demanded by law, it was concluded that the exteriorization of the trust was not valid, so said assets are not covered by the benefits of article 46 of Law 27260.

The legal opinion also maintains that the mother of an official excluded from the regime of the law could not have done it either.even being the direct beneficiary of the undeclared trust.

With regard to the second query, equally emphatically: the challenge does not cover all the laundered assets.

The specific query refers to whether the questioning should be made about all the laundering presented by Gianfranco Macri for 35.5 million dollars, or only about the part considered inadmissible (approximately two thirds of that figure).

The opinion of the legal areas of the AFIP maintains that the money laundering law 27260 reserves the loss of all the benefits for exhaustively stated assumptions. Assumptions that, in the case of externalized assets apart from those belonging to the trust of which Mauricio Macri’s mother was the owner, were not verified.

The complaint against Gianfranco Macri and his mother

The consequences in tax matters are that the allegedly regularized assets, because they belong to a parent (the mother) of an inhibited official (Mauricio Macri), are excluded from the regime and, when exposed, are subject to the claim of taxes, fines and other surcharges at the head of its owner, Alicia Blanco Villegas, by the AFIP.

On the other hand, and according to the same opinion of the legal areas of the AFIP, all the benefits of non-investigation (“discriminatory” consequences) granted by the 2017 money laundering in favor of the assets and holders of declared assets must be considered declining. .

In this way, both the owner of the hidden trust that was intended to be externalized (Alicia Blanco Villegas), and the person who tried to improperly incorporate it into money laundering (Gianfranco Macri) will be denounced as they are considered criminally responsible for evasion and could even be charged with attempted of fraud by misrepresenting ownership of assets to circumvent a restriction of the money laundering law.

The responsibility of Mauricio Macri

The Quiñel Trust, of Blanco Villegas, has as secondary beneficiaries, at the death of its owner, his three sons: Mauricio, Gianfranco and Mariano. In the case of the first, president at the time of the money laundering, the specialists do not rule out that the cause leads to an investigation into his eventual responsibility as a participant in the evasion and falsification maneuver of the fund’s property for its money laundering.