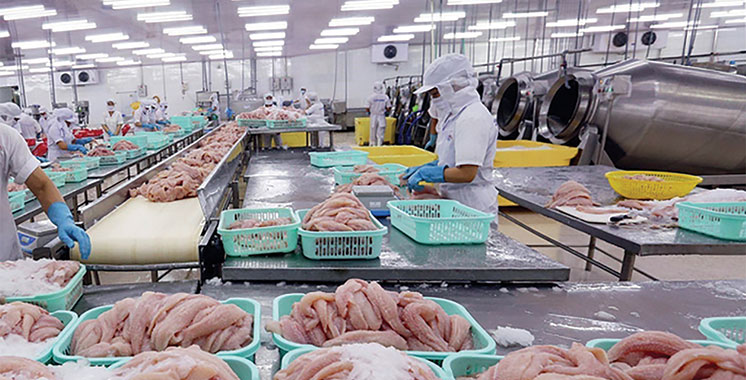 The objective of this competition is to promote innovation among companies operating in the sea fishing processing industry.

The maritime fishing department organizes, on the sidelines of the Halieutis 2023 exhibition and in partnership with the National Federation of Fisheries Products Processing and Valorization Industries (Fenip) and the National Union of Fish Canning Industries (Unicop ), the second edition of the Fisheries Industry Innovation Trophies. The competition is open to all companies established in Morocco approved on the health plan, specialized in the activities of treatment and/or transformation of fishery products in the various valorization activities. The proposed innovation can be a product, technology, process and commercial innovation. The objective of this competition is to promote innovation among companies operating in the maritime fishing processing industry, encourage efforts and initiatives and raise awareness and stimulate the creativity of companies in order to promote their technical and commercial development. .Organized under the High Patronage of His Majesty King Mohammed VI, the 6th edition of the Halieutis Fair will be held from February 1 to 5, 2023. For this year, the interest of professionals is confirmed, like previous editions. Spain will be the country of honor for this edition, which will see the participation of more than 260 exhibitors among operators in the fishing, seafood processing and aquaculture sectors. The exhibitors will represent 48 countries, including the 22 member countries of the Ministerial Conference on Fisheries Cooperation between African States bordering the Atlantic Ocean (Comhafat). In addition, a series of lectures will be provided by renowned scientific personalities to share their visions of the future of the fisheries sector (fisheries and aquaculture) and the blue economy as well as their recommendations within the framework of three plenary sessions. In addition, a series of interactive dialogues between all stakeholders will be devoted to debates on how to propel the fisheries and aquaculture sector within the framework of the blue economy with the support of science in the new era of the circular economy, the knowledge economy and big data.
It should be noted that in 2021 the national fish production totaled a volume of 1 million 418 thousand tons, generating a turnover of 15 billion dirhams, thus placing the Kingdom at the forefront of African producers and in 15th place. worldwide. The fisheries and aquaculture sector, through its development potential extended to the entire fishery production sector, constitutes an essential lever for growth for the entire maritime economic ecosystem.

See also  the devastation of Hurricane Ian, recorded when it swept away an entire house in Florida