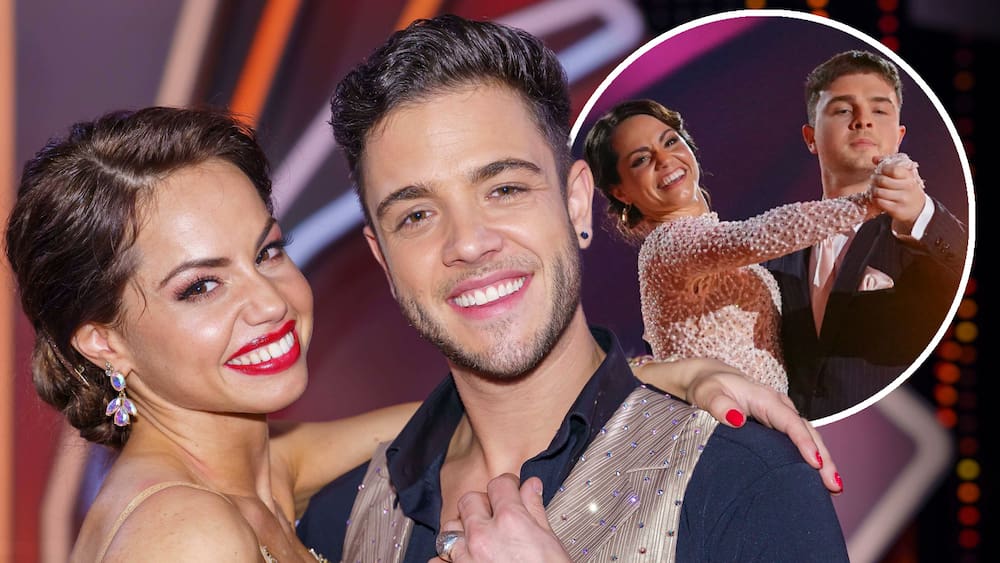 It’s that time again: 14 celebrities fight for victory on the dance floor in the RTL show “Let’s Dance”. Also present is Luca Hänni’s (26) fiancée, Christina Luft (31). Two years ago, the two met and fell in love on the show, today they are planning their wedding and moving into their dream house in Thun BE. In the coming weeks you will see more air with the young pop singer Mike Singer (22). Of course, there are memories of the beginnings with Hänni.

After all, the dance show has long been considered a contact exchange for the stars. During training, the participants spend many hours together with the pros and you get very close to each other. Presenter Rebecca Mir (30) met her current husband and father of her child, Massimo Sinató (41), in 2012. In 2020 Luca Hänni and Christina Luft emerged from the production as a couple. And since last year’s season, reports have been circulating about the relationship between Icelandic ex-soccer player Rúrik Gíslason (33) and actress Valentina Pahde (27).

“We get along really, really well”

That year, Christina Luft was assigned pop singer Mike Singer as a dance partner. A young musician who sat next to Dieter Bohlen (68) and Maite Kelly (42) on the jury of “Deutschland sucht den Superstar” last year. With his hits like “Damn I love you” he takes the hearts of his female fans by storm. Also that of Christina Luft?

Because obviously Mike Singer tried to get Luca Hänni’s fiancé. “With ‘Let’s Dance’, wishes come true and ‘Zack!’ you get your dream dance partner!”, She writes meaningfully about the assignment on Instagram. “We get along really, really well.”

In any case, Singer used his opportunity directly after the allocation to tease the Swiss DSDS winner. “Greetings to Luca,” he says, pointing at the camera. Christina Luft can’t help but laugh. “I’ll take good care of your wife,” Singer continued.

The Swiss ESC star (4th place, 2019) sees it all calmly. “I’m very happy that she has a motivated dance partner in Mike,” says the Bernese to Blick. “I think Mike has a lot of potential to go far. But he has to be prepared for a very hard and intense time.”

Jealousy is not an issue

Even if he himself has his hands full with the preparations for his Swiss tour in April, he will follow the performance of his fiancee. He doesn’t mind seeing his Christina dancing with another young man. “I already know Mike personally and jealousy is definitely not an issue,” he clarifies.

In any case, Singer seems to be looking forward to the next few weeks. On Luft’s Instagram profile he says: “It will be a wonderful time. I am happy.”

Tickets for the Luca Hänni concert on April 1, 2022 in Baden are available at Ticketcorner.

See also  Patrick Martens is still in the stomach with exit GTST: 'Was very painful'