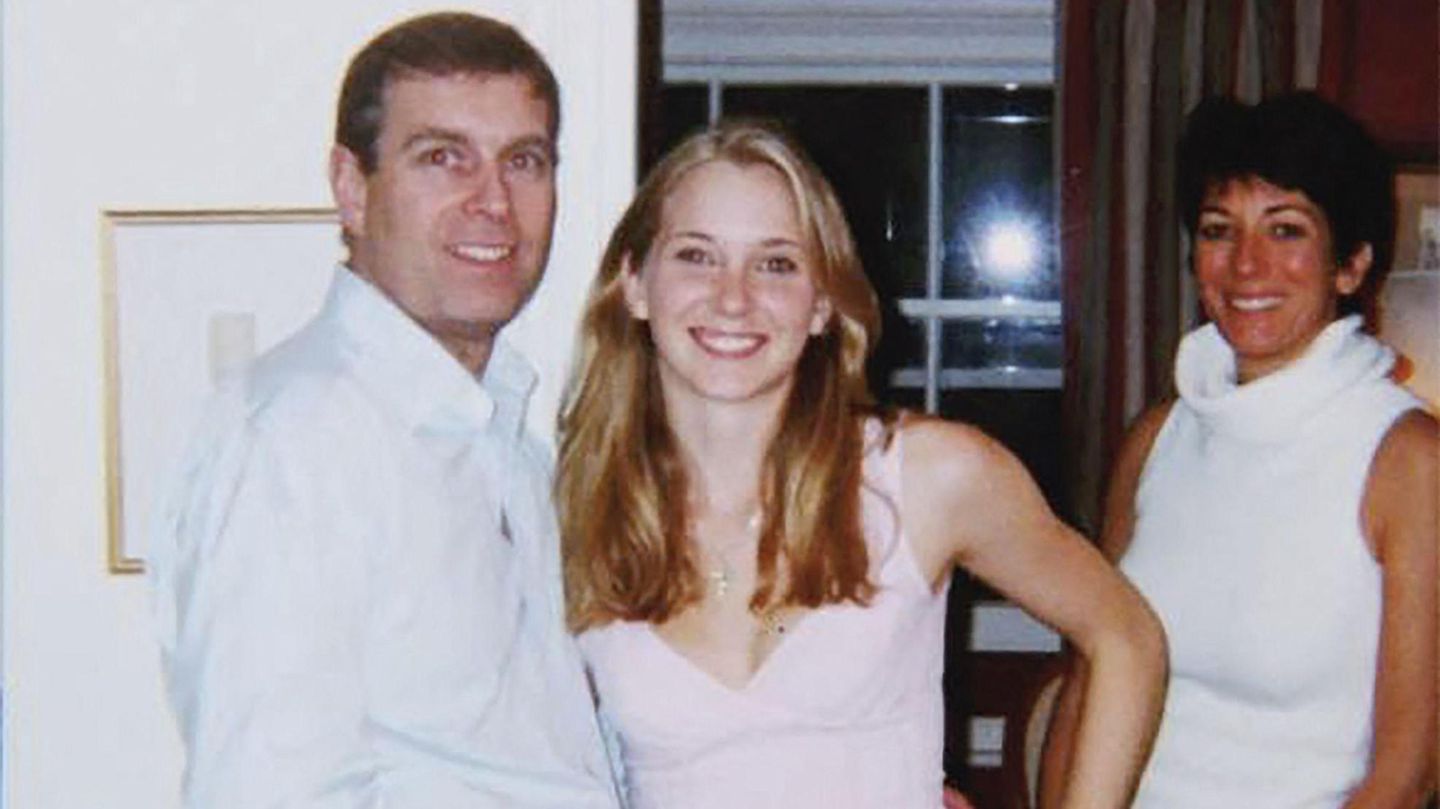 That’s how Prince Andrew met Virginia Giuffre, who was a minor at the time

British Royalty
New report: This is how Prince Andrew approached Virginia Giuffre, who was underage at the time

It was the scandal that overshadowed the Queen’s 70th jubilee: Prince Andrew was accused of sexually abusing a minor. The prince narrowly averted the lawsuit by reaching an out-of-court settlement with Virgina Giuffre. The settlement cost the Queen’s son £12m (around €14m). The lawsuit came about because Prince Andrew was friends with sex offender Jeffrey Epstein and his accomplice Ghislaine Maxwell many years ago, and it was in their environment that he met young Giuffre. The exact details about getting to know the prince and the minors are now revealed in a book that is due to be published at the end of June. Author Nigel Cawthorne writes about her life – and her encounters with Prince Andrew – in the biography “Virginia Giuffre”. Because Giuffre can continue to comment on the events. It is also about the role of Ghislaine Maxwell. As a little foretaste, the “Daily Mail” has now published an excerpt from it.

This describes in detail the day Virginia Giuffre met Prince Andrew for the first time. She spent the night at Maxwell’s townhouse in London. In the morning, Maxwell walked into Virginia’s bedroom and told her to buy a new outfit as she would later go dancing with Prince Andrew, the then 41-year-old son of the Queen. You never know where that might lead, Maxwell must have said to her. However, when they later met, the adults talked about his ex-wife for a while, Giuffre reported. Prince Andrew had been divorced for five years at the time and was a bachelor. Maxwell then asked Andrew how old he thought Virginia (whom Maxwell called “Jenna”) was. Giuffre claims he got it right: 17. Andrew later claimed he couldn’t remember ever meeting her.

There is no trial against Prince Andrew, but an admission of guilt nonetheless. A triumph for the victims

Virginia was instructed to flatter him, but she was so nervous she said little. They had dinner together, which Prince Andrew later denied. According to Giuffre’s version, it went to a nightclub where Andrew danced with her, caressed her, sweated profusely and kissed her neck. Back at Maxwell’s home, Epstein snapped a quick photo of Andrew with his arm around Virginia’s waist. Then she was left to her “royal duties,” as she scathingly puts it. “He groped me,” she said. “He touched my boobs. He touched my butt. He started licking my toes, in between my toes, on the arches of my feet. What followed was the longest 10 minutes of my life,” Giuffre reports.

According to Giuffre, she had two more encounters with Prince Andrew. The second took place in Epstein’s New York office. Upstairs in the massage room she had to be at the prince’s service again. “Judging by the giggling noises, he was enjoying the whole thing, but I felt like a total prostitute,” she recalls.